This years Mill Hill Mile took place in Castlewellan on Tuesday 6th September. Fifty Seven runners started the race in cool conditions. The race was won by Robbie Hagen, taking part for the first time, in 5.31, he was pushed all the way by Tom Crudgington in 5.34, who won the Laws Junior Boys Shield. Joanne Mills back to good running form winning the race for the 6th time in 6.51, last years winner Eve Welsh improved her time from last year by four seconds, in a time of 6.59 to win the Laws Junior Girls Shield. First Male over 40 Paul Rooney won the Veterans Shield.

Newcastle AC’s nominated charity this year was the Mourne Mountain Rescue Team, the free to enter race collected £388.29 of donations on the night with a further £612 donated by Newcastle AC making a total of £1000.29 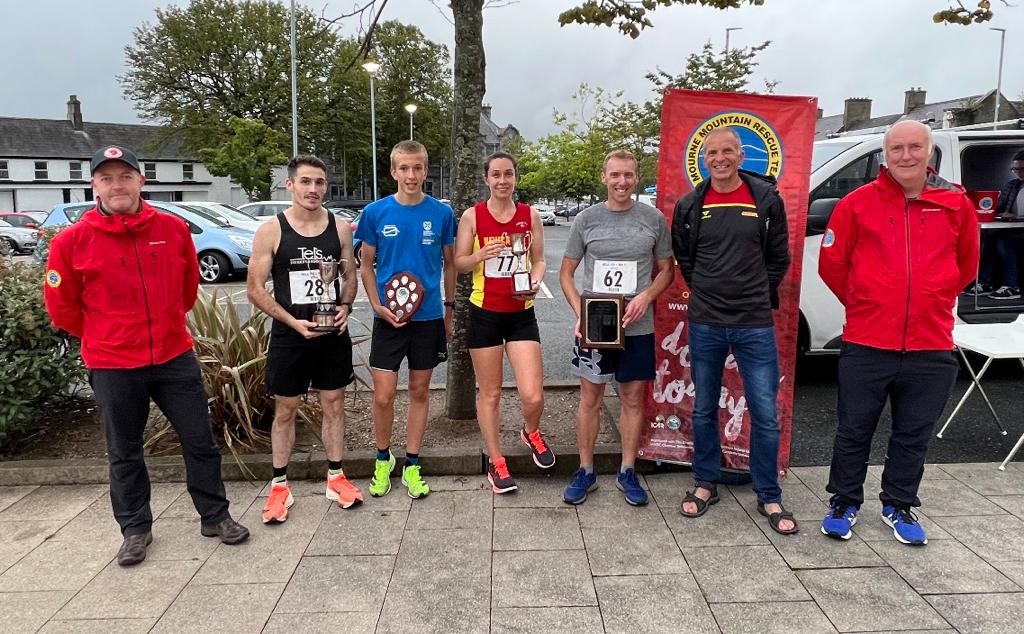 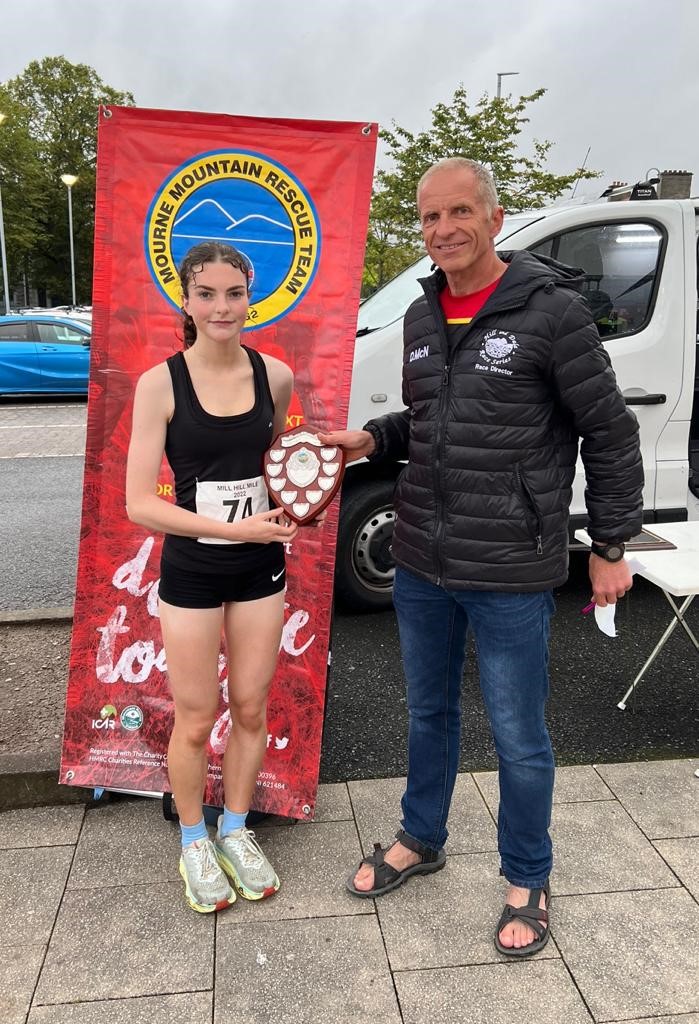 By the Head Chef

On a damp yet relatively balmy evening runners from far and near descended on the former market town of Castlewellan for the 30th Mill Hill Mile race. This year Newcastle and District AC conducted the race with assistance from  Aughlisnafin GAC, all proceeds raised for the Northern Ireland Air Ambulance with donations of £923.50 collected in lieu of entry, final total will be announced next week.

Quoted by some runners as the ‘death mile’ the race takes runners from a start in the former mill village of Annsborough up the gruelling incline along the main road to the library building in the centre of Castlewellan. It was welcoming to see so many local runners participate with local running clubs Newcastle AC (26 runners) and Murlough AC (40 runners) making up the impressive filed of 120. On the other hand the furthest distance travelled for the race appears to have been the 8th placed Bashir Hussain (6.36) who is from Stockport, England. END_OF_DOCUMENT_TOKEN_TO_BE_REPLACED

A one-off special report by Bogusboy

It may be one of the shortest races in the NI Athletics fixture list, but the Mill Hill Mile packs an almighty punch. The annual Mill Hill uphill mile race took place on Tuesday 4 September at 7:00pm. The race, which has been ran every year since 1987, with the exception of 2001, begins in Annsborough and challenges the athletes to negotiate the steep climb to just past the library in Castlewellan.  By the time the runners completed the one mile climb, they ascended a total of 90 metres at an average gradient of 6%.  At the steepest point around the halfway mark the gradient is 10%. The format of the race is simple.  Get from the big tree in Annsborough to just past the market house before anyone else; something that Deon McNeilly has managed on six different occasions, Alan McKibbin six times in a row, Robbie Bryson four times and East Down’s Liam Venney and Brendan Teer between them for six years leading up to 2015.  There was a changing of the guard in 2016 with Newcastle’s rising star, Zak Hanna winning for the first time; a title he retained in 2017. He was odds-on favourite for a hat-trick. In all there have been 11 different winners of the race to date.

A moment of reflection
As the athletes gathered on the start line, there was a poignant moment of reflection followed by respectful applause to remember Darren Hogg, a member of Murlough AC who tragically lost his life days earlier. The thoughts and prayers of the wider community are with his family at this difficult time. END_OF_DOCUMENT_TOKEN_TO_BE_REPLACED