Now into its 43rd year The Mourne Mountain Marathon could be described as the yearly ‘main event’ for any outdoor pursuits activities based within our famous local range. Bringing together ordinary hill walkers and new hikers with experienced fell runners, ultra finishers and seasoned orienteers, there is something available for everyone at this brilliantly organised event. There are 4 category classes ranging from Elite, B, C & D courses, Elite usually takes in 55km over the 2 days, while D class would be around 35km with significantly less climbing or going off the beaten track! Also available is a 1 day option which is the Score class, the aim of which is to visit as many checkpoints in 6 hours as possible, highest score wins.

The goal of the weekend is to follow an unknown course which is only revealed to paired up competitors in grid ref figures when they cross the start line. Once plotted onto the map, they must visit each checkpoint in the order listed in as quick time as possible, a single one missed results in disqualification. You also have the luxury of having to be completely self-sufficient for the weekend, carrying all equipment and food to survive the approx. 36 hours on the hills, with a designated campsite available on the Saturday evening.

Saturday 17th September 2022 and Event HQ was based this year at Shimna College, Newcastle. The weather did not give any concern with cooler but very calm conditions over the weekend. Once pairs were kit checked and followed procedure it was onto a mystery bus tour to the start point, again unknown to everyone bar the organisers. 25 minutes or so and teams were hopping out at the Deers Meadow, meeting our own Frank Morgan, Eugene McCann and Gerry Kingston getting teams and maps sorted out. It was revealed that the camping this year would be at the Silent Valley.

In the 45km B-Class this year the course began with a tricky contour below the cliffs of Pigeon Rock, through the Windy Gap to Tormanrock, back across the Deers Meadow and straight up Slieve Muck, followed by a drop down to Ben Crom Dam and a traverse of the Binnian Lough and east quarry to drop to Silent Valley. Day 2 was a return to Muck, with a trek over Carn & Doan, before passing Slieve Beg and Brandy Pad heading down back to Newcastle. Simon Hodge who is a constant at this event paired up with Matt Crawford (brother Phil wanted the weekend off?) and were on the tails of Mourne Runners Craig McAuley & William Shields for the weekend. 26 minutes was the difference in the end but Simon will surely be happy with 2nd place. On the same course was the father and son pairing of Martin & Ethan McMullan, who came a very commendable 18th place and category 1st place of Adult & Junior pairing. With the combination of experience and speed no doubt these two will be back for more!

The C Class over 35km was certainly the busiest with over 50 team entered, and certainly competitive. The route was largely similar utilising the checkpoints in various orders but with slightly less climbing. After day 1 the top ten teams had an only hour between them all, being led by formidable pairing of young Peter Reed (son of Billy) and Meadow McCauley (daughter of Joanne). Davy Hicks & Owen Brady had tucked into second place after the Saturday but decided to save all their energy for Sunday, with a superb attack finishing 40 minutes before the next team and as a result winning the C Class outright by 25 mins. Third place went to Jog Lisburn’s Andrew Willis & Karen Wilton.

In the Score class there were some interesting battles and with no fixed course there was plenty of discussion on the bus home afterwards. The total points tally available was 560 across 26 checkpoints and you would have to be very good to capture them all within the 6 hours! The name McNeilly is synonymous with this event over the years and another successful one again, with Sam pairing up with Steffi Warnock to take the 1st ladies team in the score, capturing 410 points well within the time allowed and coming in 6th place overall! Pearse Brogan paired up with Mourne Runners Peter McEvoy again this year and had third place in their sights, feeling the Bailey brothers and BARFs Tees & Flint would have too much and as proved would be well ahead in first and second place. With 23 markers captured and 460 points they were just pipped in the end by 10 points by East Down ACs Niall Gibney & Gavin Hynds, two lads who like a bit of torture! Another Newcastle/Mourne Runners combo was Mark King & Dale Mathers, who acquired 388 points, and whilst 12th position overall, took the 2nd vet place in the score class.

Appreciation has to be given to the committee and large team of organisers and volunteers led by Jim Brown without whom this events success wouldn’t grow year on year. And well done to all the participants across the classes, no doubt you will all return for 2023! 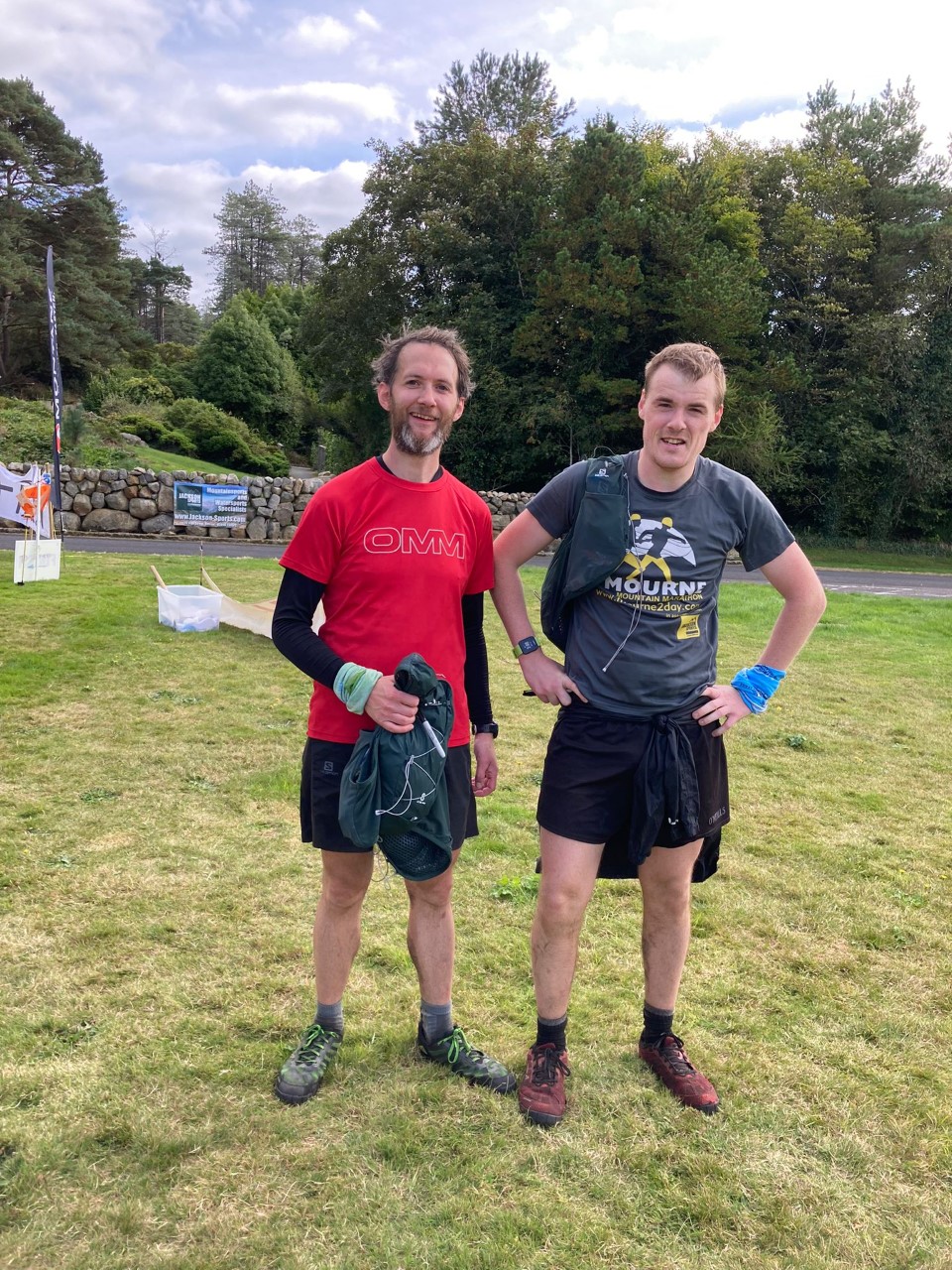 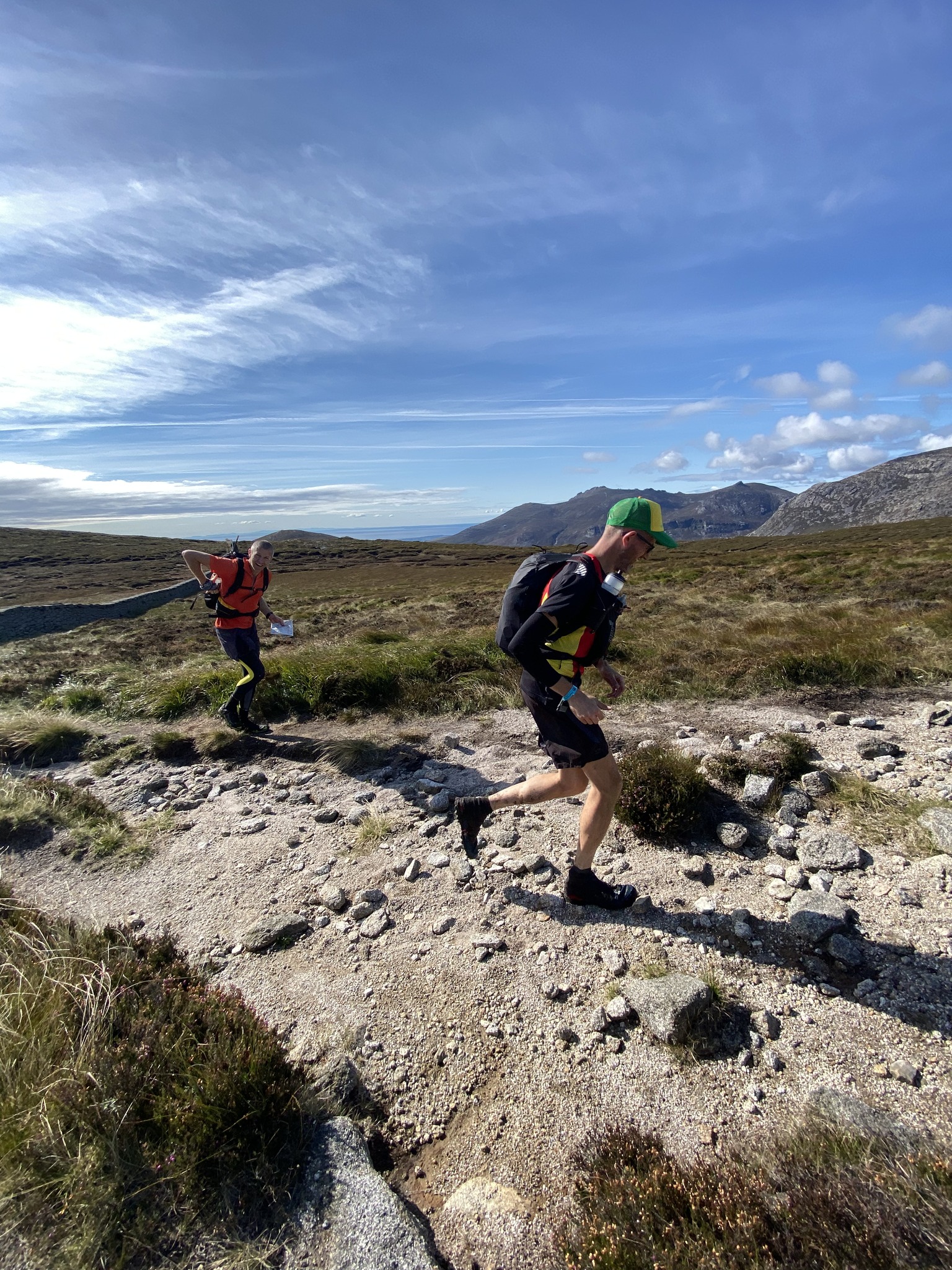 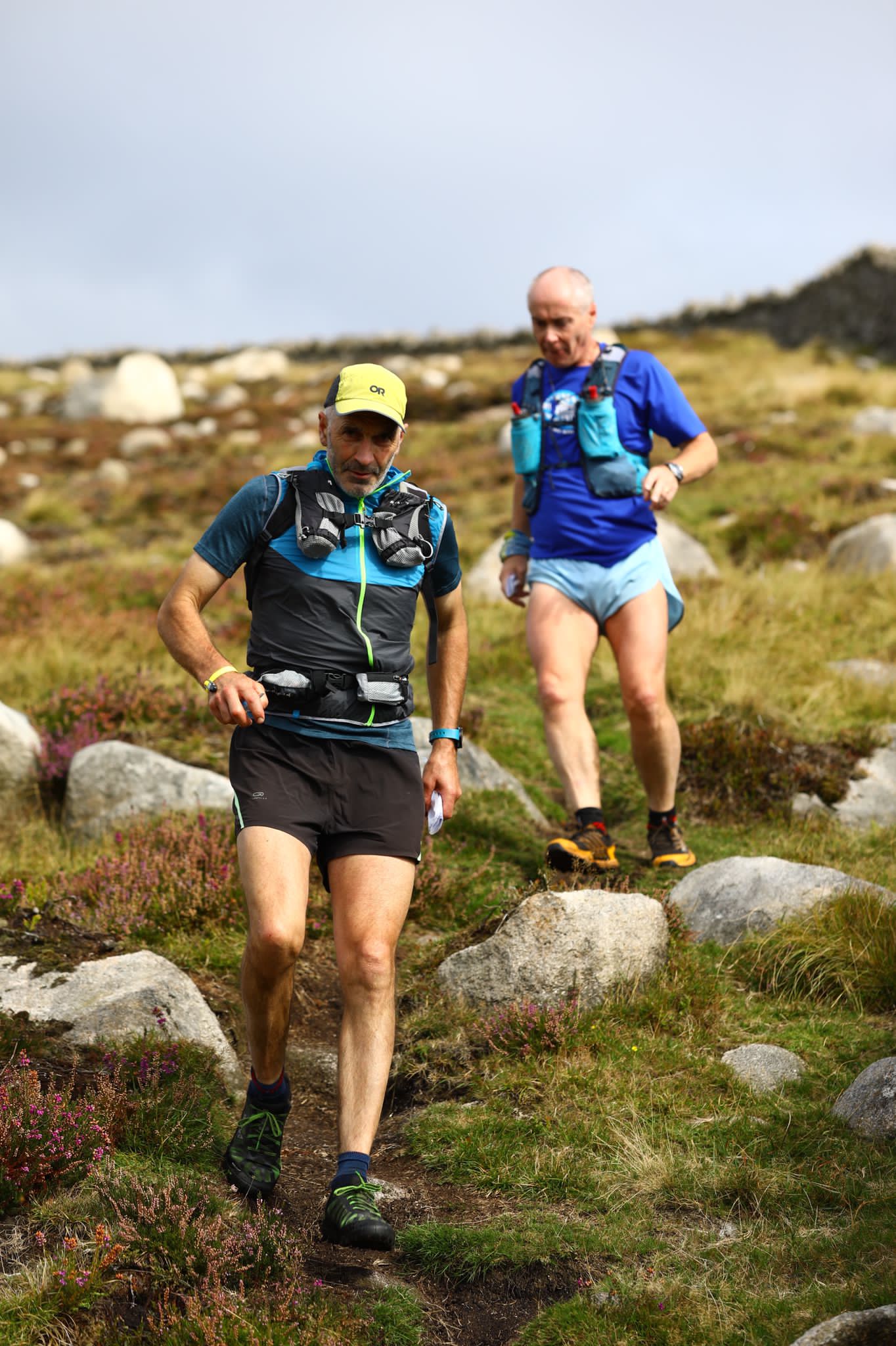 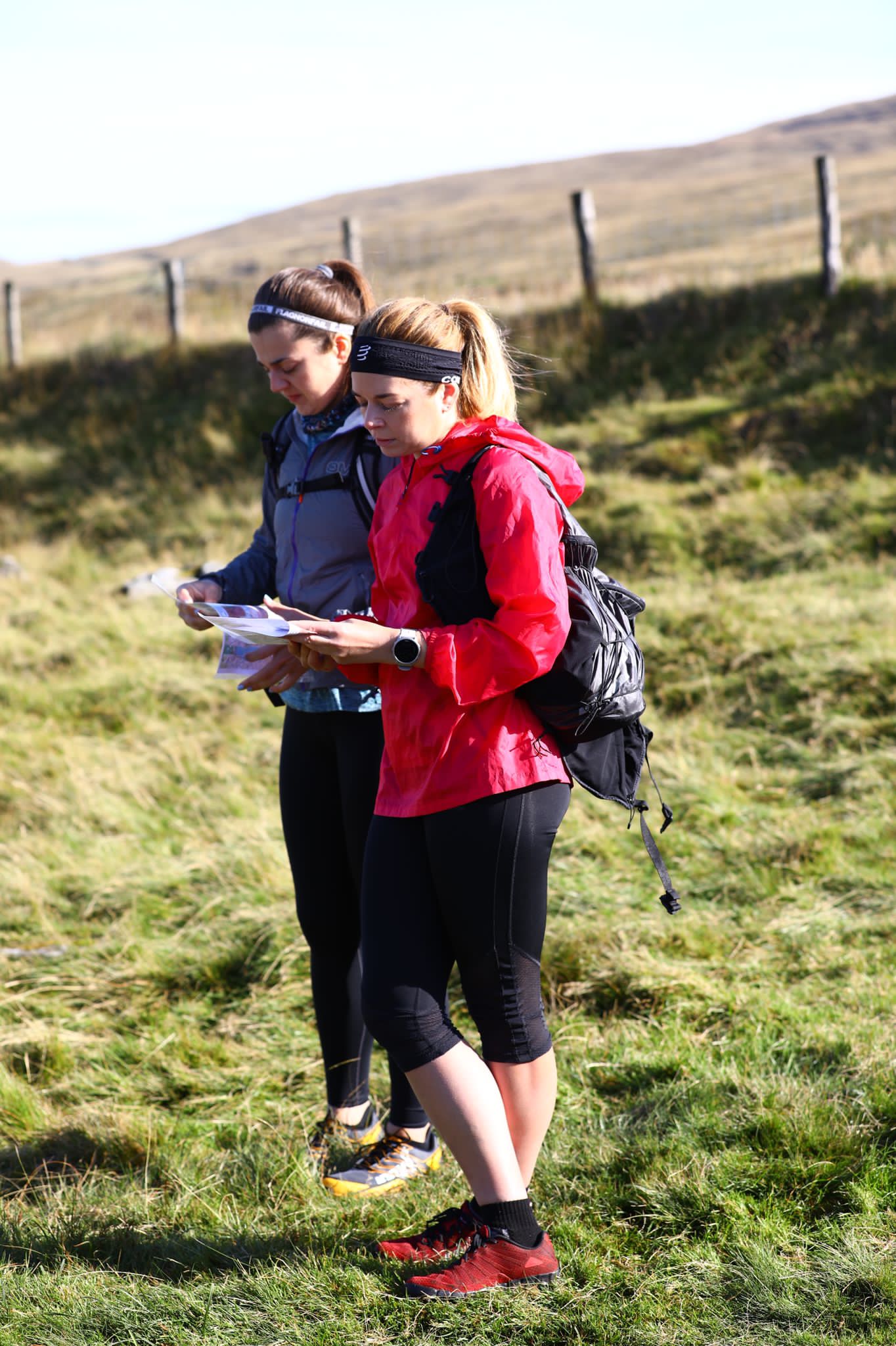 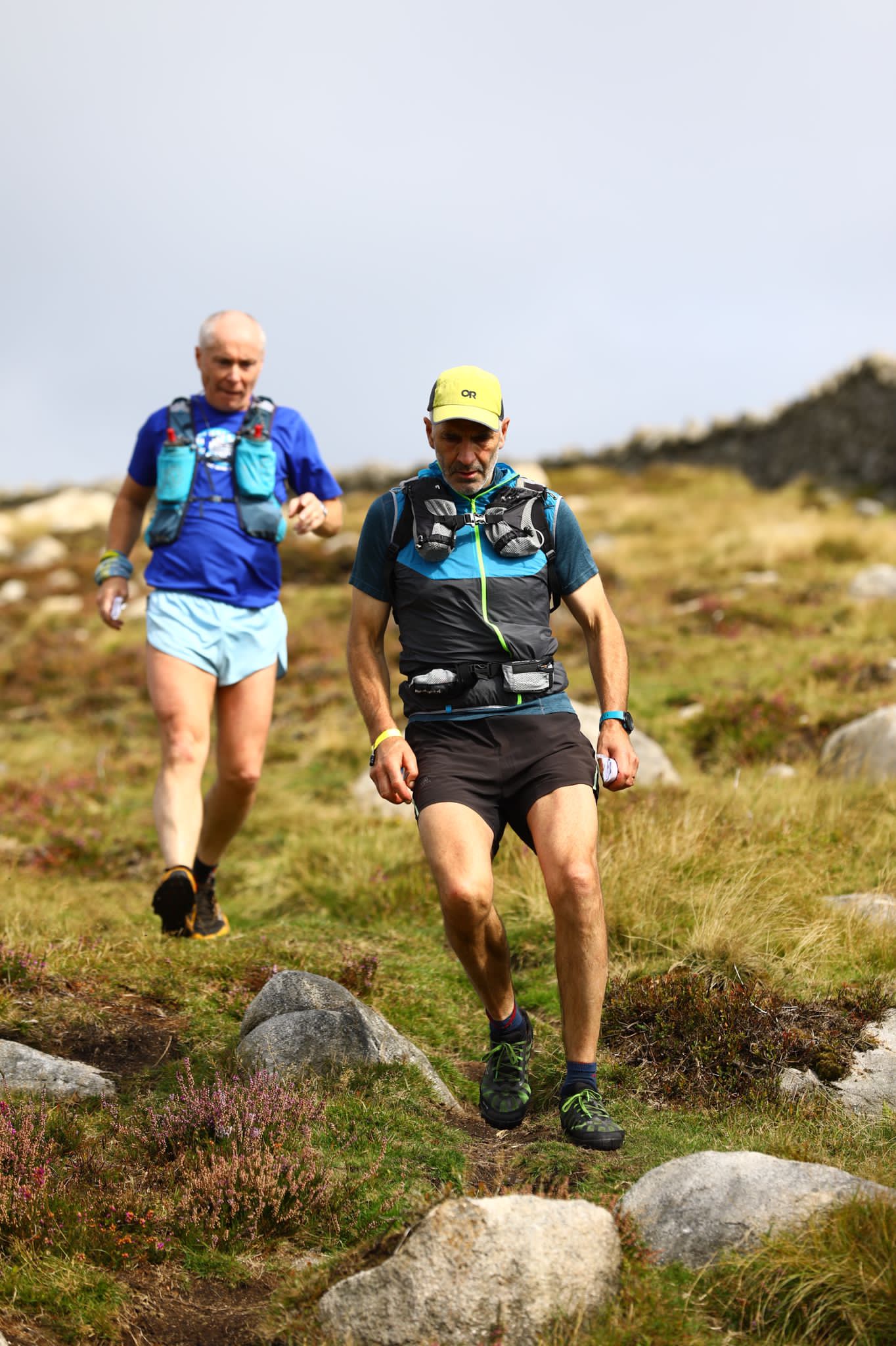 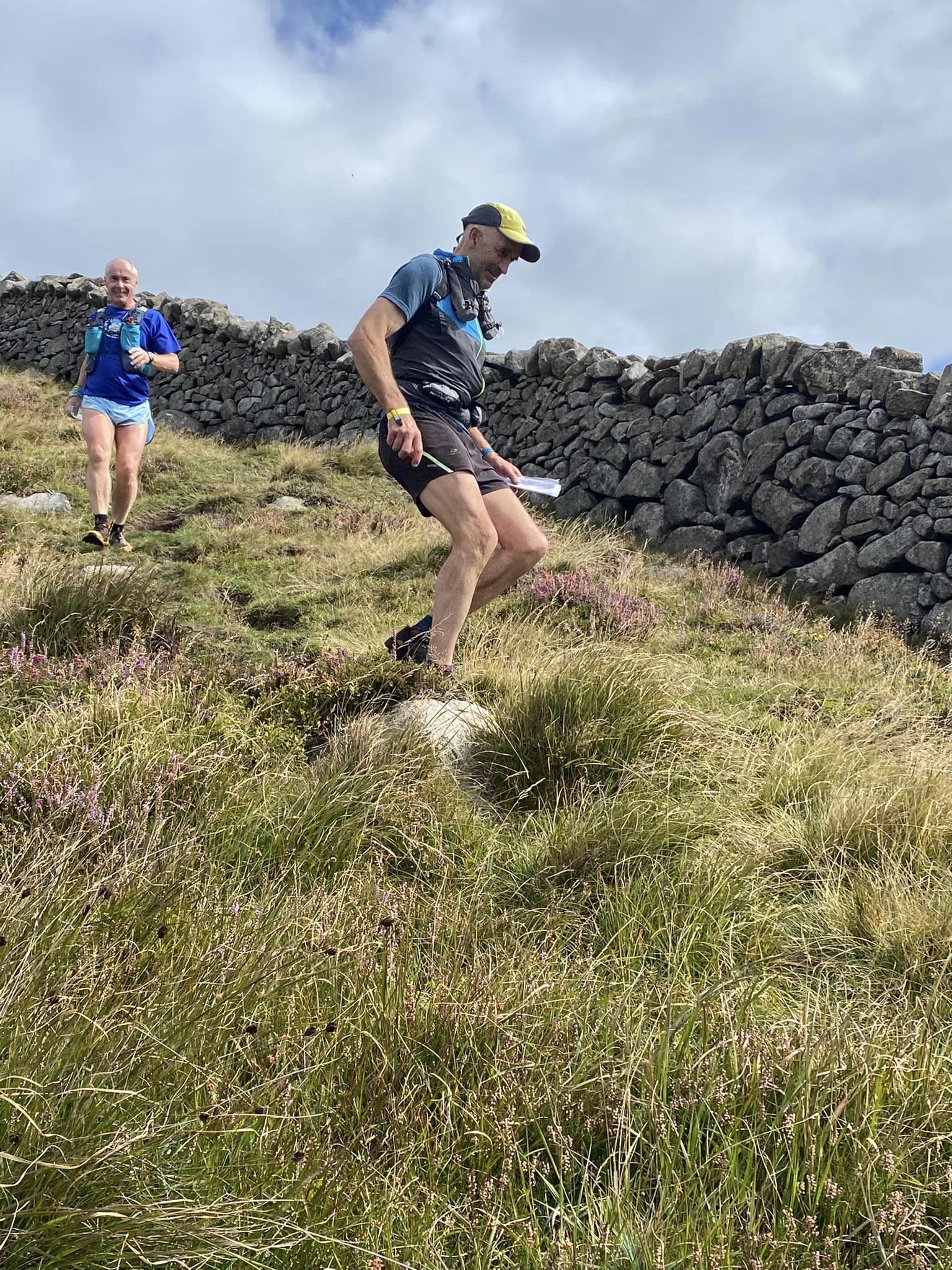 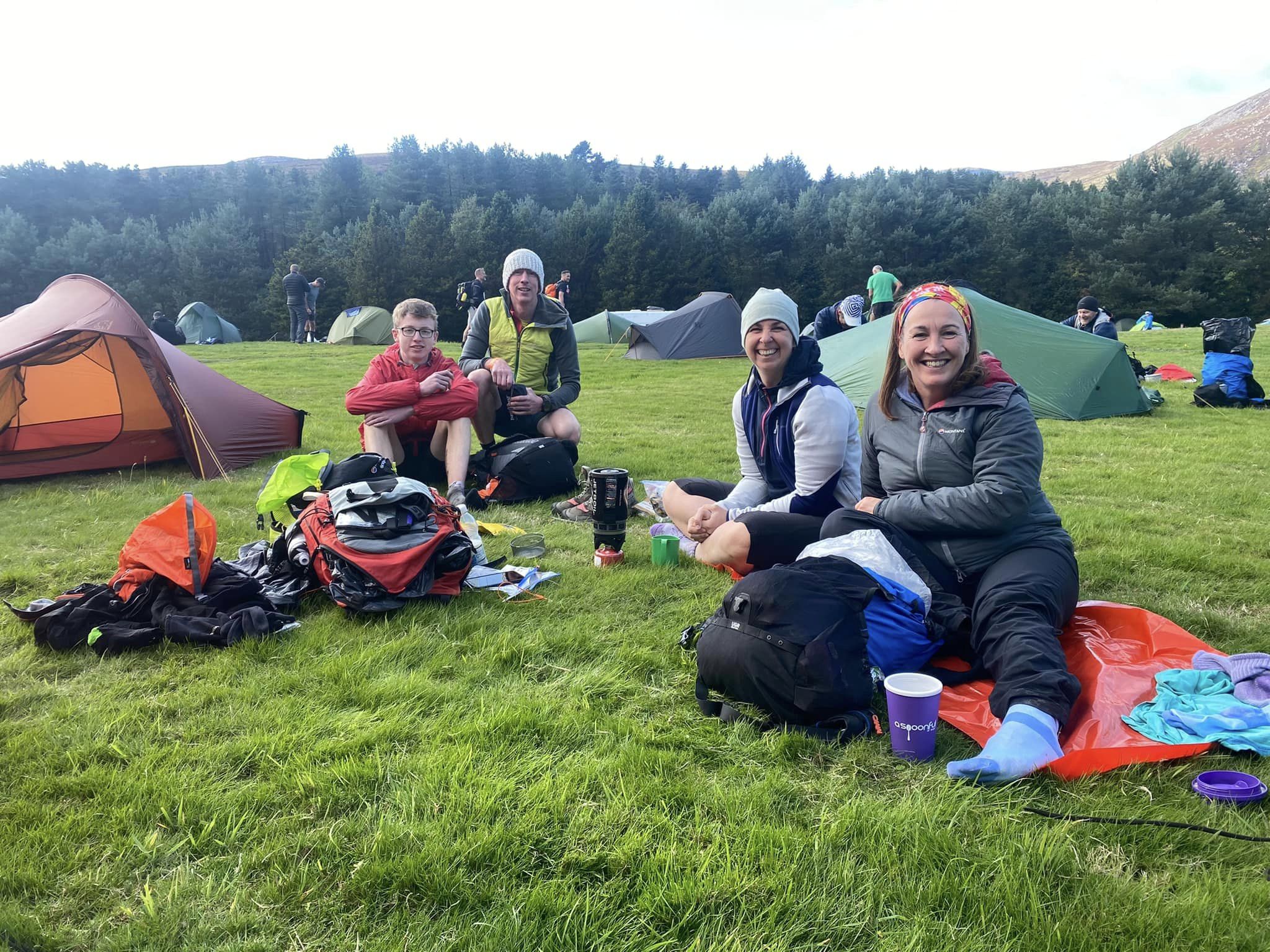