The 21/22 cross-country got under way in the Armagh AC promoted McElmeel Cup on Sunday in the Palace Demesne.

It is great to have cross-county back…

It is great to have a traditional cross-country course – whilst it has been relatively dry and so there was limited mud, the course was truly undulating with not much flat running at all.

It is great to have a full programme of races with U9s starting at 12:30 and the final race being the U18 & Senior Men together at 3pm. 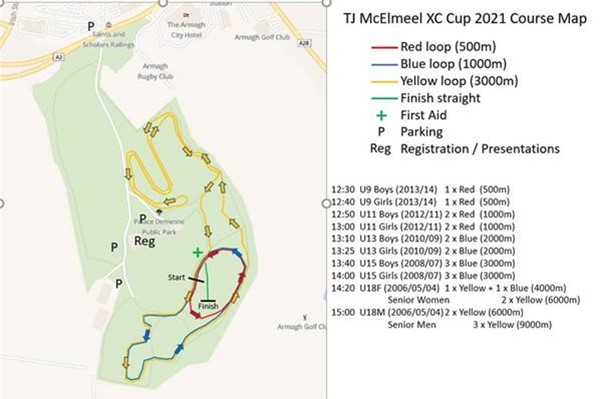 The McVeigh clan were out in force all day with 3 kids and a dad racing across the schedule. First up was Harry who showed a clean pair of heels to win the Boys U9 over the small lap of 500m. Then it was Óggie who ran well to clinch a top 10 finishing position in the Boys U11. In the Girls U11 it was Maisie who once again ran strongly to clinch a podium position.

Also not to be outshone was a cross-country baptism for Daithí Brown who smiles from start to finish in the Boys U9 – a chip off the old block.

Congratulations to the 4 of them. 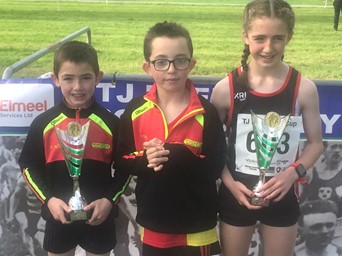 Daithí Brown looking more than content after his race

Next up was the Women’s 6km race incorporating the U18s who ran 4km. Hilltown’s  Aoibheann O’Gorman ran really well and is looking stronger with each race that she runs – someone with great potential. 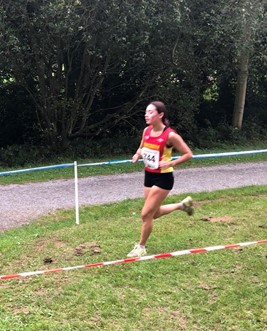 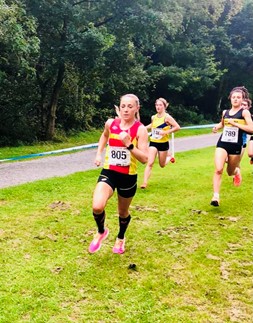 Kerry O’Flaherty leading out early in the women’s race

There are no official detailed results as yet at the time of writing but a clear winner of the Women’s 6k, over two laps, was Kerry O’Flaherty recording around 23:39 and about a minute clear of 2nd place. Despite ongoing injurty challenges, Joanne Mills has trained well over the summer and it showed with a great 4th place finish – her strongest run over this length of a race ever. 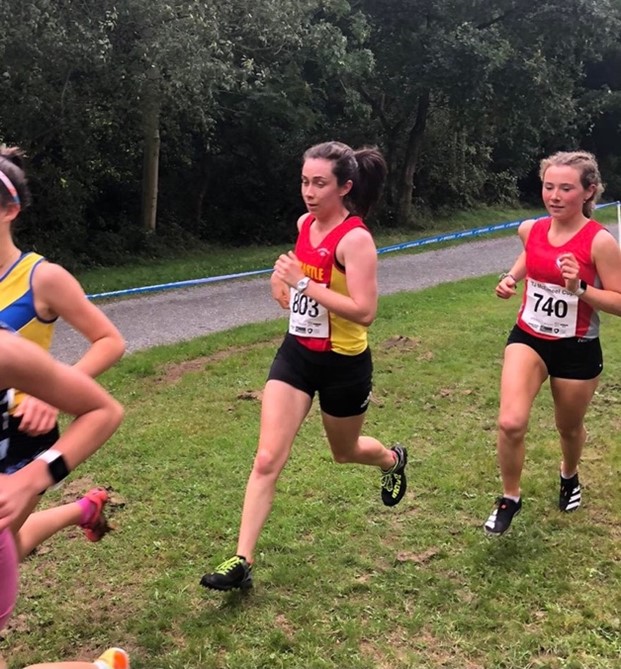 Also following the defeat of injuries, cross-country virgin Nichola Watson made her debut on the grass and produced a very strong race in 9th place. Only 5 months after giving birth to Cillian, Mari Higgins was the crucial 4th scorer in the team in 13th place to secure victory in the McElmeel Cup for Newcastle & District AC for the first time. This also puts the club into first place in the 21/22 ANI Cross-Country League. 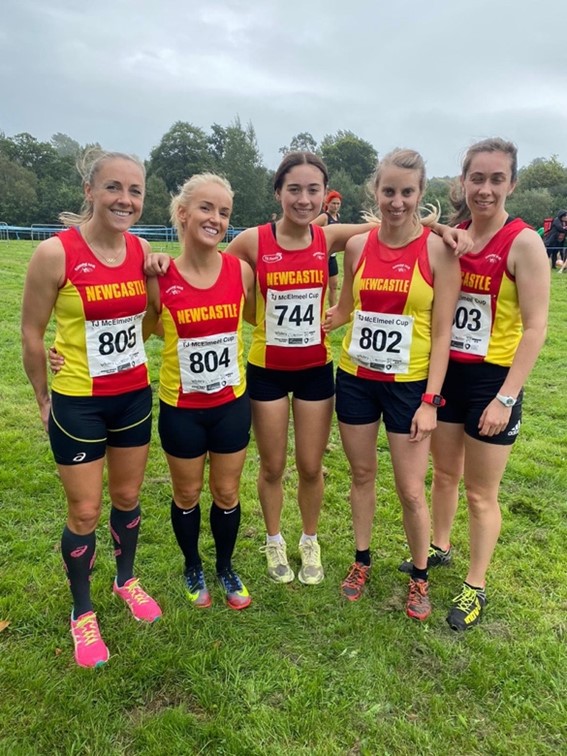 The men (for their sins) had 3 laps of the gruelling course to do to make it 9km (5.59miles) and there were some great performances from the club. Contesting the race at the front for almost all of the race another senior cross-country virgin, Niall Goodman just missed out on the victory. He had to finally give ground to Willowfield’s Ryan Holt but ran an excellent 32:18 for 2nd place – possibly the best race in his career to date. 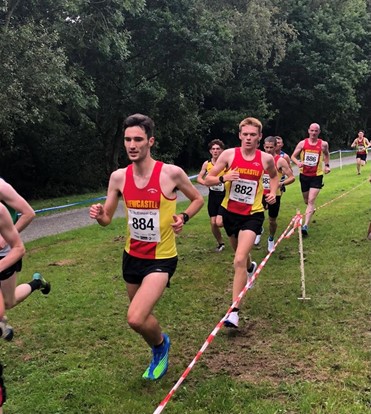 From youth to veteran status and running another brilliant cross-country was Aidy Brown who moved through the field with a very strong 2nd half to come home in 5th in 33:13. Back to youth again and after recording personal bests on the track and road during the summer, Daniel Molloy went out hard, took a stich and finished with a strong final lap for 8th place in 33:40.

Back to veteran status again and making up the scoring 4 in 12th place was Connaire McVeigh in 34:09, some two minutes faster than when he did the same race two years ago.

It was a nip and tuck race all the way through with Willowfield Harriers with the club just losing out on the victory by two points and settling for well-earned 2nd place. 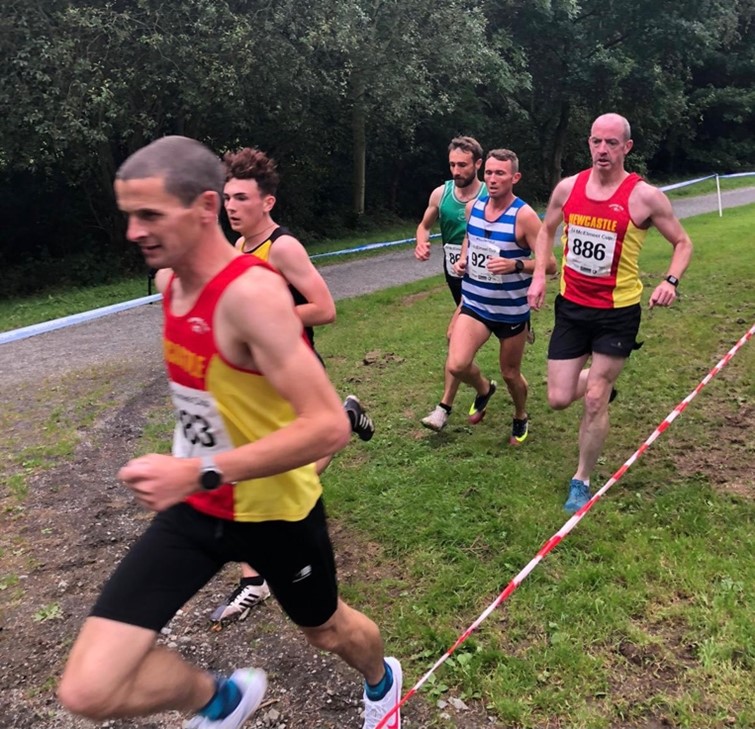 Most importantly the club also fielded a further 4 runners to maximise the participation points element of the league rules. Next home was James King, starting to get back towards his best form in 35:10, with another cross-country virgin Neil McGeough just behind in 35:15 having passed his club mate Brendan McQuaid on the last lap. Brendan is due to take part in the Manchester Marathon in a fortnight’s time. Making up the 8 and in a welcome return to racing was the new relatively father (haven’t had a full night’s sleep in 5 months) Patrick Higgins. 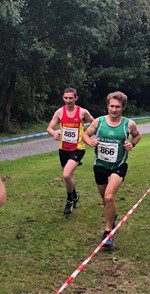 James King getting stronger by the week 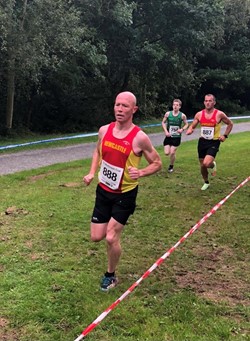 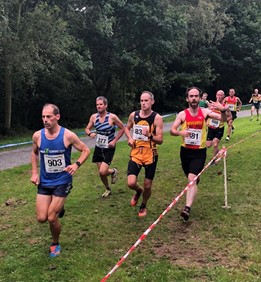 Incorporated into the Men’s race was the U18 race over 6km (two laps of the course). Wearing the red & yellow was Ethan McMullan who was focused during summer on mountain racing where he represented Northern Ireland at the U18 Home International in the Lake District in July and at the U17 race at the Junior Home International in the Mournes earlier this month. Ethan brought his mountain strength to the cross-country to Armagh coming home in an excellent 7th place. 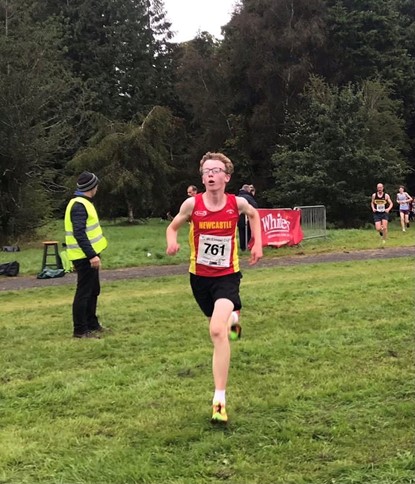 Ethan McMullan in the home straight

All in all a fantastic afternoon of racing as the sunlit skies turned to grey and eventually the rain came but that couldn’t dampen the enthusiasm of the gathered runners and spectators who were only too glad to get back out in beautiful surrroundings after what the past 18 months has brought. 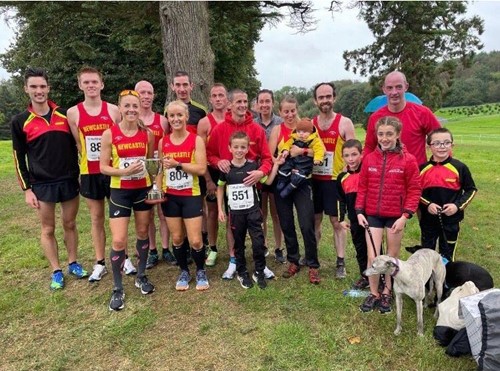