After a long winter of restrictions, racing returned for some Newcastle & District AC members this weekend. In glorious summer-like weather conditions matched the mood of the runners.

First up on Friday evening was Kerry O’Flaherty as part of World Athletics Global Tour in the women’s steeplechase on the track. O’Flaherty travelled 6 weeks ago to a training base at altitude in Albuquerque, New Mexico. She was granted an Entry Waiver by US Homeland & Border Security following support from the US Olympic Committee, USA Track & Field Association and Athletics Ireland. Training has been consistent all winter at home and this has continued during her stay in the US.

19 months ago in her last steeplechase in southern Spain, she was pushed from behind when hurdling a barrier early in the race and broke her 5th metatarsal. Two operations followed, one to insert a screw and the other to remove it. She got back to training and had a few low key races during last summer before lockdown struck again.

Just when ‘she thought it was safe to go back in the water’, near disaster struck as she cleared a few hurdles in the warm-up area. Due to the COVID restrictions at the meeting venue, the warm-up area was makeshift and as she landed she caught her spikes on a piece of uneven track material and skidded to a halt head first along the floor – result were both knees burned. Resilient is what she is and it was straight out to the track where she faced the demons of that incident some 19 months ago.

10 minutes and 4 seconds later she had successfully negotiated her first steeplechase back and despite being a little way off what she will need to make the Tokyo Olympics, she is, at last, ‘back on the bike’ and can take the confidence of completing the race, into her next steeplechase in Kansas City on the 1st of May. 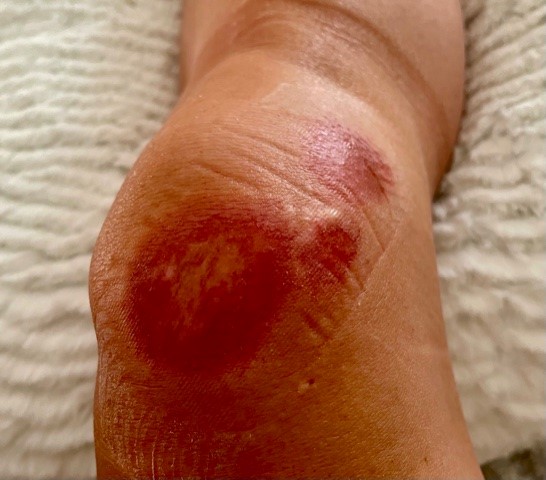 A few minutes later, O’Flaherty (five from the left) ready to go

Road Racing returns at Down Royal

Limited to 100 per race, but a race nonetheless, Championchip Ireland secured the first permit for the day that COVID restrictions eased and those runners who had secured entries for the postponed races late last year were on the start-line ready to go.

First up on Saturday was Sean Russell. Sean has had a solid winter of training and this showed from the gun in the half-marathon. In a well-controlled race where his second half was faster than the first and his final 3 miles were the fastest of the race, he came home in 78 minutes and 5 seconds for a massive Personal Best by nearly 3 and a half minutes – yes a massive PB – inside six minute per mile pace for the half-marathon.

Sunday saw the range of races over 5km. Again conditions were near perfect with light winds and sun to greet the runners.

Connaire McVeigh led the club home with a lifetime best (despite being over 40 😀) of 16 minutes and 7 seconds – 19 seconds inside his previous best and bringing the 16-minute target into scope. Also in the same race were another over-40, David McNeilly recording 16:21, 15 seconds outside his best and 18-year-old Niall Goodman recording, for him, a disappointing 16:35, only 4 seconds outside his PB but not reflecting the great work he has done over the winter – will smash 16 minutes next time out. 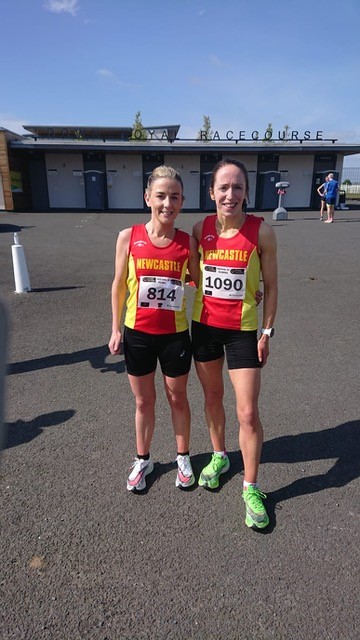 In the second race of the morning, Áine Gosling stormed around in 18:02 for a massive PB and fair reward for a consistent period of winter training. This year’s big target must surely be a sub-3 hour marathon? Also competing was Ashlene Mussen who since last summer has run a personal best every time she raced. Today was no different as she crossed the line in 19:25 for a 26-second PB. 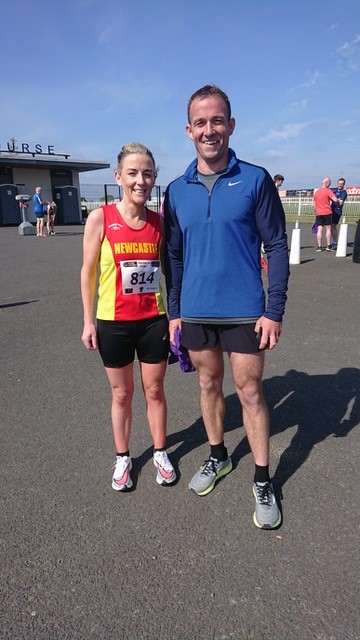 Ashlene’s brother, Neil McGeough is a recent recruit to running and he showed his potential by recording a debut 17:51 for the distance. Neil started running during lockdown and clearly has great potential to improve rapidly.

Congratulations to all… a great summer ahead?