Saturday 29th June saw Race 7 of the Nimra championship, which took place at Spelga Dam, the aptly named Spelga Skyline. The typical Mourne weather of passing showers and fog did not deter the 77 entries. At 11am, in true fell racing fashion, they took to the line on the side of Butter Mountain.

The route summits Butter Mountain first before dropping down the other side at Ott car park, crossing the road to take in Meelbeg, Loughshannagh and Slieve Muck before dropping down again to cross the road at the Deers Meadow. From here the runners summited Slievemoughanmore, Pierces Castle, Rocky, Hen and Cock Mountains before getting to the finish line at Spelga Dam, albeit not before climbing a never ending flight of leg sapping steps first. 1st man home and in a league of his own was NAC’s Seamus Lynch, completing the course in 2:27:08. NAC’s Mark Stephens was in third throughout the race before reeling in Mourne Runners’ Timmy Johnston on the descent off Rocky. A strong climb over the final 2 summits got him to 2nd in 2:43:59, 15 minutes off last years time, with Johnston 3rd in 2:45:54. Next in for NAC was Sean Russell for 16th in 3:15:46, followed by Gary McAvoy in 20th in 3:24:49, an hour quicker than last year and Ryan McDonald 25th in 3:33:38.

The ladies race had a clear winner too as Dark Peak Fell Runners’ Megan Wilson stormed to victory in 2:52:15 and 7th overall. 2nd place went to Newry AC’s Esther Dickson, finishing in 3:06:19 followed by Iola Hopkinson, unattached in 3:35:57. NAC only had one female this year, Bronagh McInerney, finishing an excellent 13th in 4:43:59.

Race 8 of the championship takes place on August 10, the much awaited 7×7’s. Thanks to host club BARF for ensuring everyone had a safe race and for the excellent treats and prizes handed out afterwards. 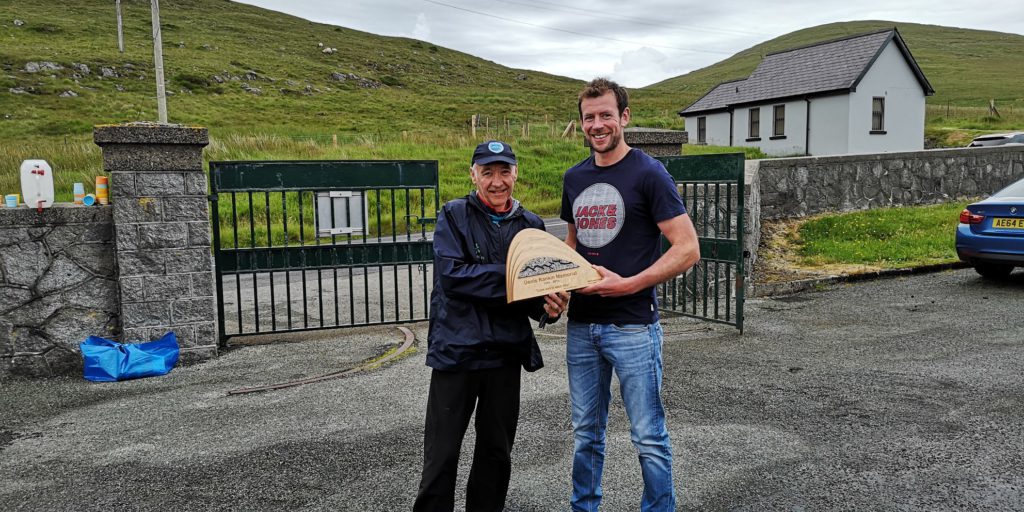