Newcastle AC’s Ian Bailey was in action on the biggest stage at the weekend at the World Mountain Running Long Distance Championships in Karpacz, Poland. The course measured in at just over 22 miles and boasted two ascents of over 1100 metres each, both times to the summit of the imposing Mount Sniezca via different routes before plunging all the way back into the town centre. On the extremely rough surfaces, comprised largely of jagged man-made cobbles, Bailey set a blisteringly fast time of 2:58:22, good enough for 33rd place in a field of 124 of the World’s best mountain runners.

The Irish team managed for the first time ever to score a team finish at the Long Distance Worlds by having three successful finishers, a feat made all the more difficult by only having three athletes meet the qualifying standards to compete. Edinburgh based Eoin Lennon scored a magnificent 19th and Dublin’s Des Kennedy held on bravely in the latter stages to come 62nd and give the Irish lads a 10th place finish overall. 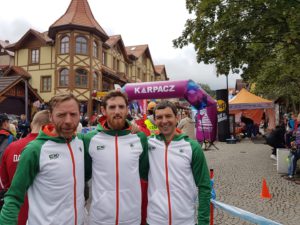 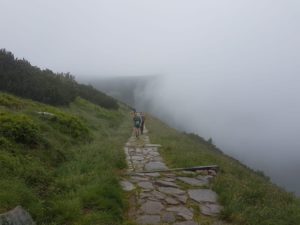