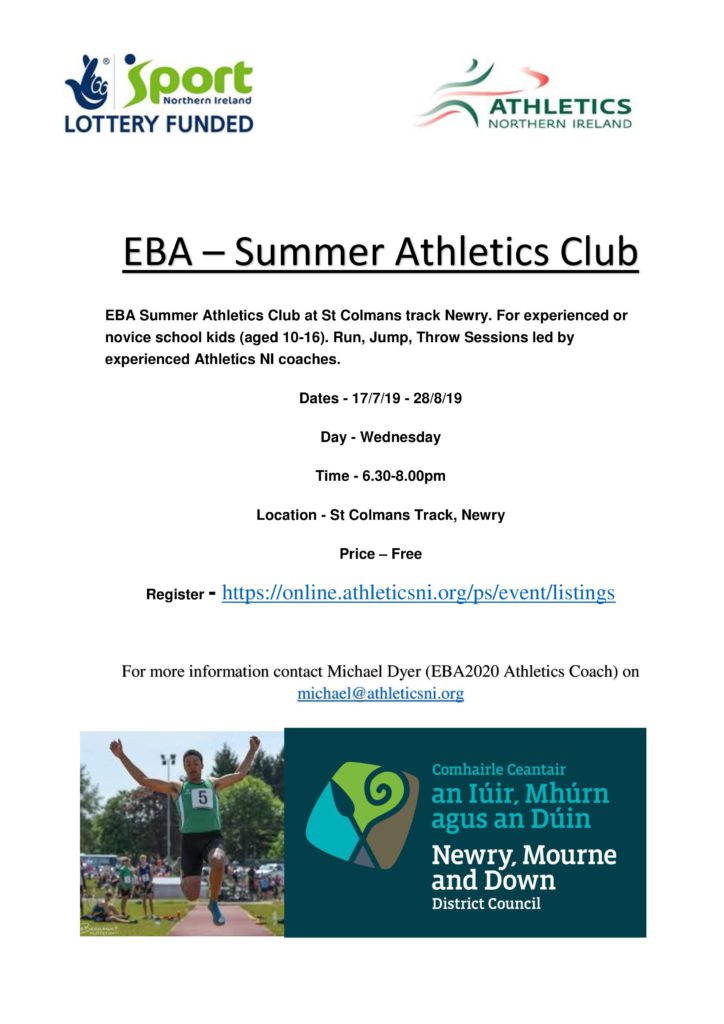 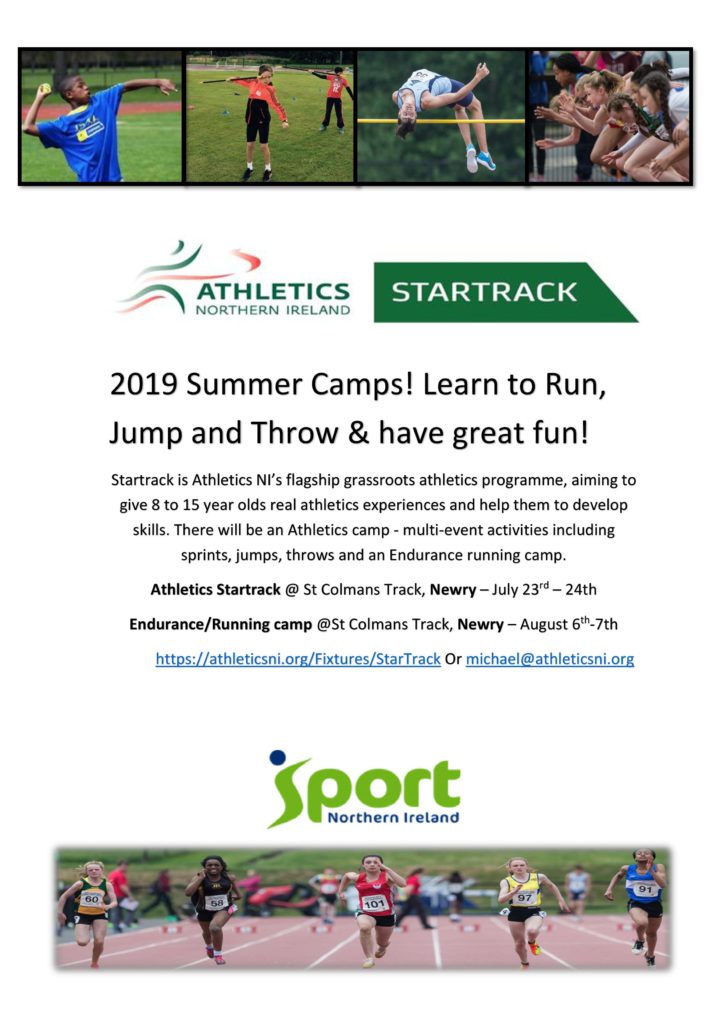 Well done to Newcastle AC Junior member Erin Easton who took part in the Meet 3 of the Firmus Energy Super 5 Series at the Mary Peters Track last Thursday. Erin had a podium finish in the Javelin and 800m competitions, coming in third place. Erin also competed fantastically in the 100m race. Meet 4 of the series takes place on Thursday 27th June and we would love to see more Newcastle AC Juniors taking part! Full details are available on the Athletics NI Website: https://athleticsni.org/Fixtures/Firmus-Super-5-Series 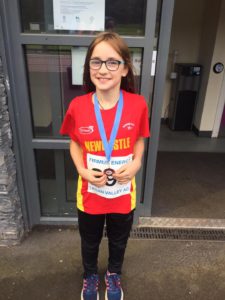 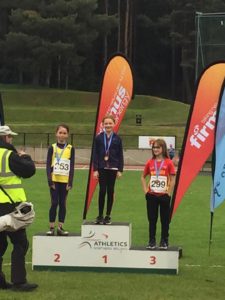 Daire and Henry both took part in the Under 11 Boys Cricket Ball and the 600 metre races with some great performances.

Erin competed fantastically in the Under 11 Girls Long Jump and the 60 metre race.

Well done to Aoibheann who participated in 3 events throughout the evening including Under 15 Girls 200 metre race, Long Jump competition and 150 metre race.

Massive congratulations to all those who took part and we look forward to seeing some more Newcastle AC Juniors at the third meet on Thursday 30th May. Further information can be obtained from the Athletics NI website: https://athleticsni.org/Fixtures/Firmus-Super-5-Series 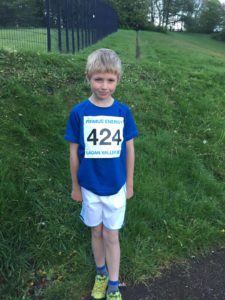 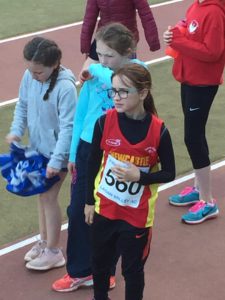 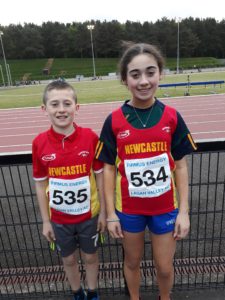 The O’Gorman family were out in force with Daire, Thomas and Aoibheann taking part in 7 events throughout the evening. Well done to Daire and Thomas who both took part in the Under 11 Boys Long Jump and 60 metre race. Aoibheann competed fantastically in the Under 13 Girls 100 metre race, 800 metre race and Shot Putt competition.

Thanks to Lagan Valley AC for hosting and organising such a great event. The remaining four meets take place on Thursday 25th April, 30th May, 27th June and 8th August. Further information can be obtained from the Athletics NI website: https://athleticsni.org/Fixtures/Firmus-Super-5-Series 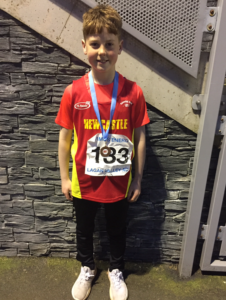 Last year we recognised the strange anomaly – that 15 year old athletes could compete internationally in Mountain Running, but there were no local races for them to train and compete in, before making this transition.

Newcastle AC came to the rescue and is allowing athletes aged 14 & 15 to compete in 3 races, to give them a flavor of our favourite series and help these young athletes prepare for full competition when they turn 16.

One of the races has been slightly shortened to comply with distance regulations for under age runners.

Junior athletes aged 14 or 15 at the time of the start of the Hill & Dale series will be able to compete in this mini series.

Junior athletes will start each race with the seniors.

Race 2 – Tollymore – slightly shortened race – 14 & 15 year old athletes will start with the seniors, but will turn at the boundary wall to join the descent route to the finish.

As an added bonus the N.Ireland Mountain Running Association (NIMRA) are offering the male and female winners of the series, a place on their International Squad for 2019.

NIMRA are also offering the male and females winners of the 16+ category a place on the International Squad for 2019 – however these athletes will have to complete 6 out of 11 races, just like the seniors (note – this only applies to athletes born in 2000, 2001 and 2002)

All junior athletes should comply with the same safety advice and equipment requirements of the senior athletes, but they will have the addition of a parental permission aspect that is included in registration – this will apply to all junior athletes.

This is particularly important at the Millstone race, where navigation can play a part in poor visibility.

At each of the 3 races, Phil Hodge will be available to answer questions that any new junior or parent might have about that nights race.

Please direct any enquiries in advance to philhodge@hotmail.com

Online Registration will close on Tuesday 9th April at 9pm, but will reopen after the 1st race is completed.

An athlete only needs to register once for the series.

Note – If an athlete is born in 2003 between Jan and April, they should contact Phil Hodge via the above e-mail in advance of Race 1 at Castlewellan.