She was joined by club mate Saorlaith McAleenan, who with still a year to spare in this category and the same unwaivering love for Bunkers Hill that her friend Maisie has, had qualified for the County Down squad. Forever learning, race by race and training session after training session, applied those lessons to her race plan. Saorlaith elegantly strode around the course to finish in 101th place.

An admirable and promising performance on the largest stage in the country.

As the girls crossed the line, it wasn’t long before the Under 12s boys race was kicking off. Within that line up, was young Connaire Og, who has really taken his performance up another gear this season and like club and class mate Saorlaith, also has another year within this age group. He was also representing the County Down squad after a solid performance at qualifying. Once his usual ‘hell for leather’ approach to racing was engaged, Connaire Og tackled the hills with gusto and put in an impressive finish, gaining a few valuable places in the final stretch to secure 139th place out of 161.

Congratulations to all three runners and also to the die hard team of supporters who made the 3 hour trip to be on the route to cheer on. There’s no doubt that their presence made the experience of running on the biggest cross country stage, enjoyable and even more memorable especially when they where a long way from home. 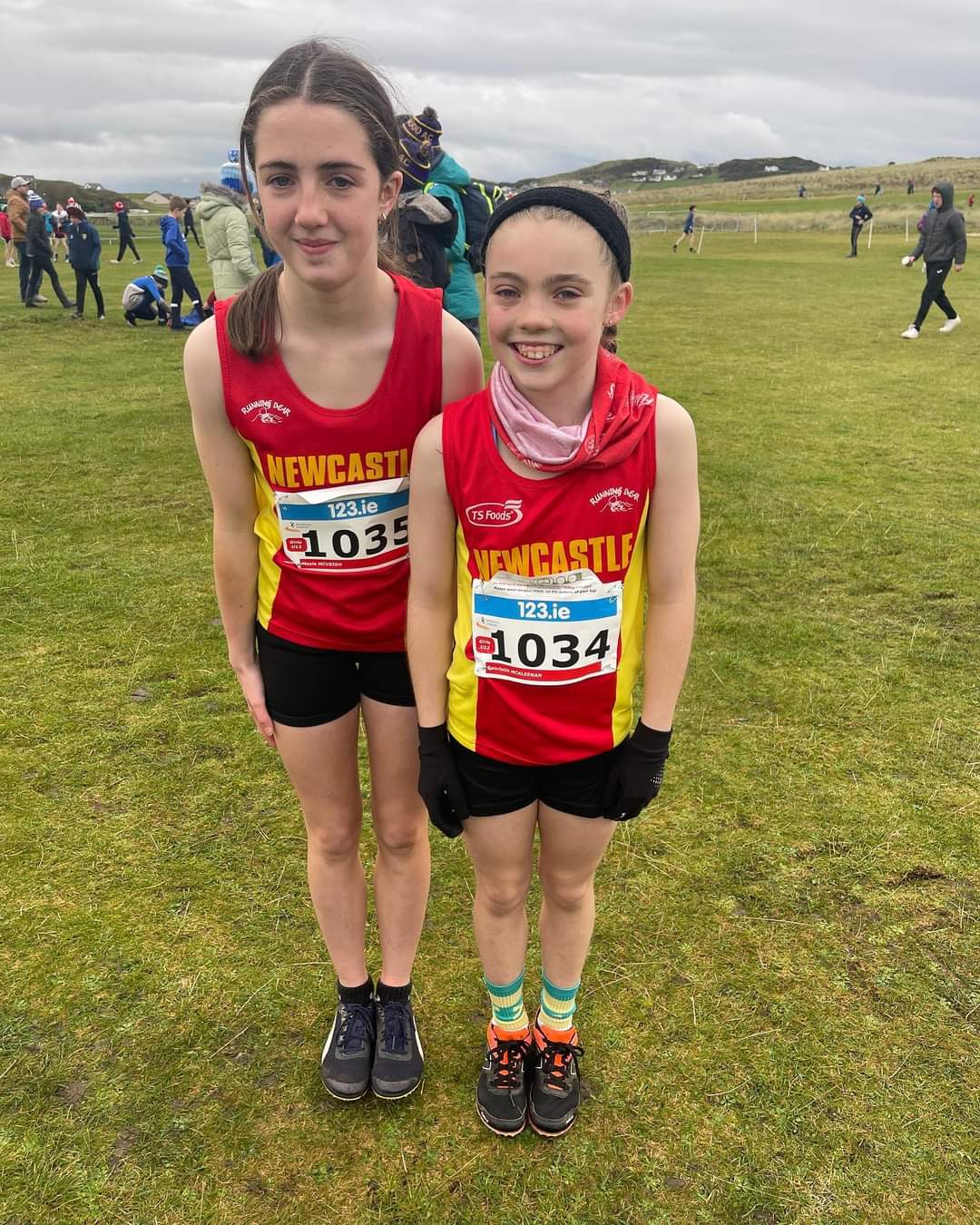 Maisie and Saorlaith ready for the U12 Girls race 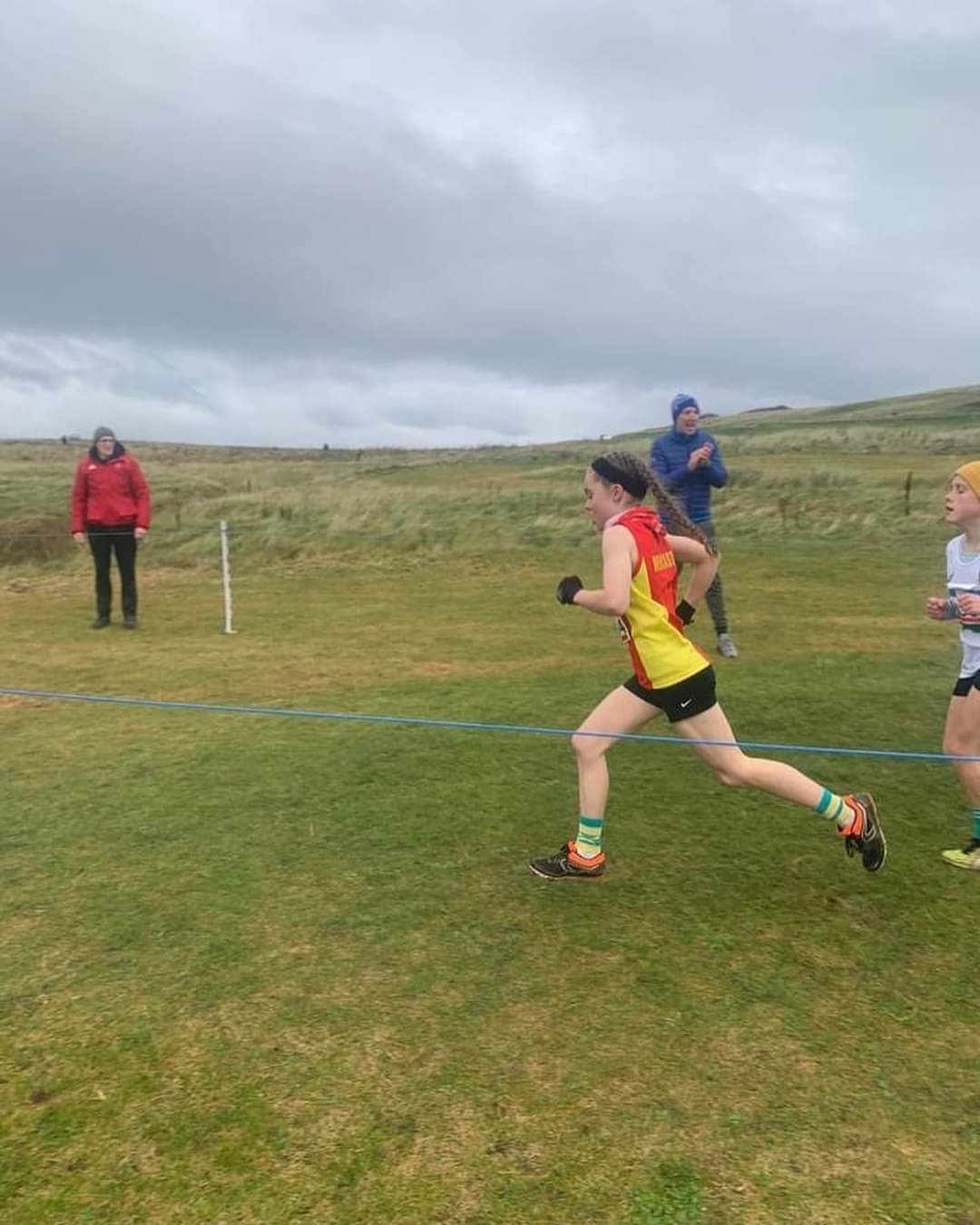 Saorlaith shows impeccable form during the U12 Girls race