Dromara’s Zak Hanna was in Austria last weekend after his success in the European Athletics Off-Road Championships in La Palma, Canaries. The Newcastle & District AC athlete was participating in the 2nd race of the 2022 World Cup Series after his brilliant 2nd place in the 1st race in the Series in Portugal in June which was followed by a fine 5th in the Canaries.

The Grossglocknerberglauf covers 13.4km and finished high up in the glacier after 1265m of ascent. 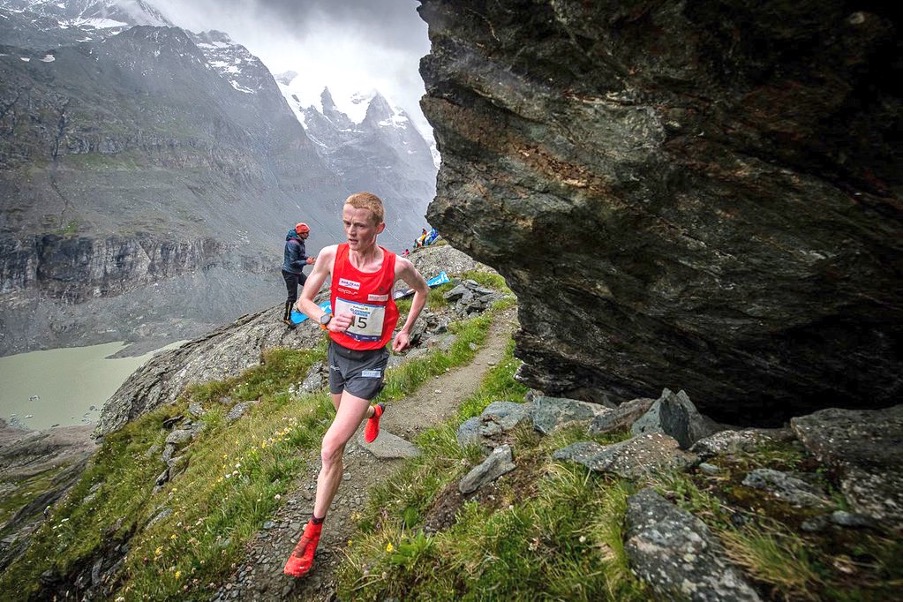 Hanna is making a big name for himself globally in the mountain running scene and he was off at the start in a big leading bunch which included 30 minutes track 10000m and 62 minute half marathon Kenyans and Italians. He admits himself that he didn’t feel that great over the first half of the race but in the second half as the going got steeper he felt more limk himself. Overall he finished 13th in 1 hour 17 minutes and 21 seconds and is already looking forward to next week’s even tougher race La Montée du Nid d’Aigle from St Gervais les Bains in the Chamonix Valley in France (Saturday covering 19km and over 2000m of climb).

Going into race 3 of the World Cup Series in France, Hanna still lies in 2nd place behind Kenya’s Patrick Kipngeno.

O’Flaherty looks for gold on the streets of London

Meanwhile in the summer heat of London, experiencing a heatwave with temperatures into the low 30C, ASICS FrontRunner Kerry O’Flaherty took part in the Asics London 10k on Sunday morning.

An iconic race, organised by the Limelight Sports Club, which reads like a Monopoly Board, starts on Piccadilly and takes in the sights on Mayfair, Regent Street (no time for shopping), Pall MallTrafalgar Square, Leceister Square, the Strand, the Embankment and Parliament Square before finishing on Whitehall. 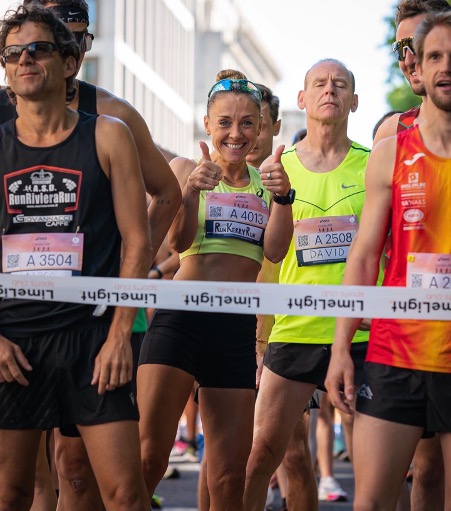 It’s a big race which attracts the masses with over 10,000 entered and therefore starting iin waves. However on the dot of 9:30am the Newcastle & District AC Olympian O’Flaherty set off towards the front of the field into the summer sunshine. Lying 4th women after 3km, O’Flaherty was running a smart race and had the leaders still in her sights. She passed 5km in 17:47 and had just moved into 3rd place with Poland’s Beata Popadiak leading the way up ahead.

Over the years O’Flaherty has learned how to pace races well and today was no exception as she picked up the pace in the 2nd half, catching the leader just before the 7km mark and going on to win in 35:09 (a second half of 17:22), from England’s Anya Culling 2nd in 35:25 and Popadiak 3rd in 35:51. 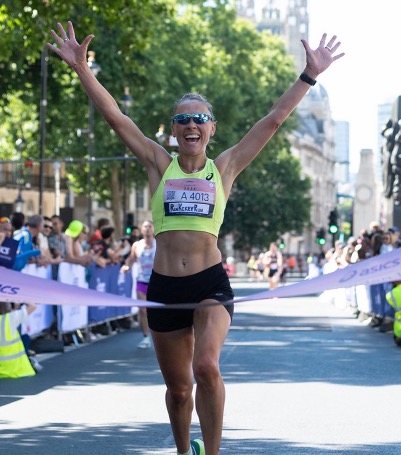 O’Flaherty will turn 41 in the middle of the month and is proving that improved endurance can still be found into your 40s. At the beginning of June she was 5th in the Dublin Women’s Mini-Marathon in a lifetime best of 33:50. More background on O’Flaherty can be found at @runkerryrun on Instagram. 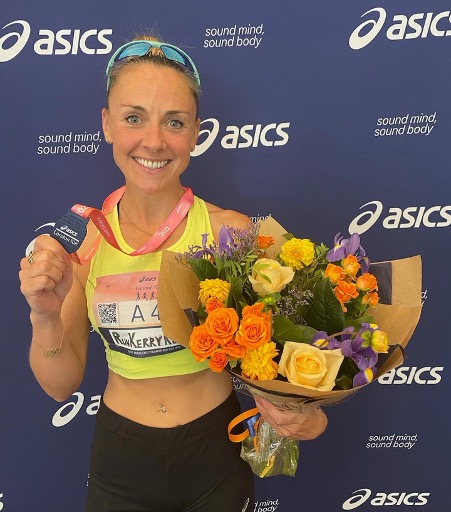 O’Flaherty on the winner’s podium