On Sunday 29 May Newcastle AC’s Steffi Warnock completed the Edinburgh Marathon. This was Steffi’s first Marathon and she set a target of sub 4 hours. Steffi had put in months of training, increasing her weekly road running mileage, whilst continuing with CrossFit and mountain running. The versatile athlete initially adapted her training plan to move the traditional long run at the weekend to a Tuesday to make sure she didn’t miss out on the Sunday mountain run! All her hard work and consistent training paid off as she completed Edinburgh in a time of 3 hours 55 minutes and 33 seconds. 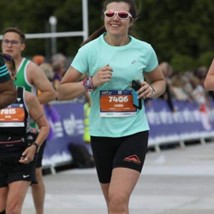 Most people would take a few weeks off after a marathon however Steffi decided to celebrate by running the Mourne Way Marathon just two weeks later. Steffi was at the start line on Saturday 11 June ready to go. Conditions were far from ideal on the difficult, mixed terrain course which starts in Donard Park and follows the Mourne Way through Tollymore, out onto the open mountain from Trassey to Leitrim Lodge before hitting the trails in Rostrevor to the finish. There was a headwind for much of the middle section of the course on the open mountain and heavy showers on and off throughout the day. Steffi had an impressive run finishing 4th female in a time of 4 hours 56 minutes. 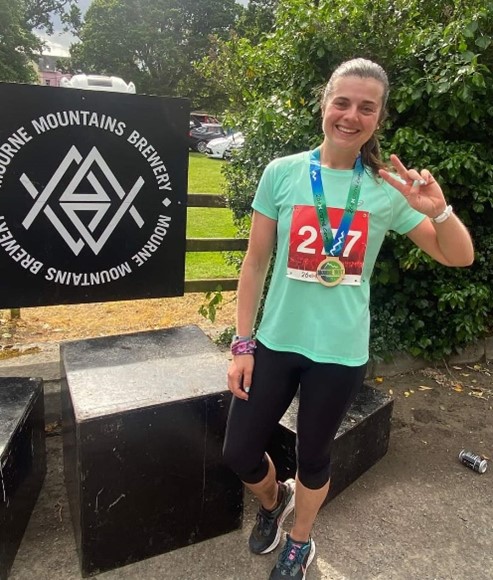