In 1978 Kate Bush was top of the charts with ‘Wuthering Heights’ and now again 44 years later her second no.1 with ‘Running Up That Hill.’ Stranger Things have happened…

Nevertheless two good numbers that a squad of hardy fell runners can relate to. Sunday 19th June was the next NIMRA championship race, and it was the medium Flagstaff to Carlingford route, a linear 11 mile jaunt through the Cooley mountains with a good 3000ft elevation to take on.

The first dibbing point was the steps up onto the bus which dropped the runners at a lonely path on the Armagh/Louth border, to head straight into the climb for Anglesey Mountain, before traversing boggy ground to Clermont on the Ravensdale side. The next 5 mile or so was all fairly runnable taking in the next 3 checkpoints, firstly the mast on Clermont Carn/Black Mountain, a nice path towards Carnavaddy, before dropping down to the Windy Gap at the Long Woman’s Grave. A quick sup of water here and then route choice becomes random and sporadic towards the last checkpoint on the high point of County Louth, Slieve Foye, steeply overlooking the finish down in Carlingford.

5 Newcastle runners took the field on, in fairly pleasant conditions right through, the double threat of either whiteout or a scorcher luckily stayed away. Seamy Lynch won the last edition in 2019 and Pete Grant was next vest home in 9th taking his age category. One of his favourite races, he came in 15th this time, took the age category again, and clearly clocked similar effort to 2019 by improving on his time (2:01:27) by 2 seconds!

Alan Ritchie no doubt had the speed to take on the top 10 but was unfamiliar of the route, a bit of advice from the chairman the night before and he was hopefully more content! He found himself chasing down first lady Esther Dickson towards the finish in a 8 strong group led by Pete all in within 2 minutes, to come 21st in 2:02:56.

Pearse Brogan had eyed this race up for a while and had his bearings recited in case the cloud rolled in, luckily line of sight was available. Despite sitting around 40th at the halfway mark, a combination of good nav towards Foye and solid chasing down saw him climb to 31st place with 2:14:40.

The two men with the sunhats on and who enjoy the not-so-short races were Gerry Kingston & Declan McElroy. Gerry was in familiar ground having competed in 2019 and before and a great push in the second half saw him take 46th position with 2:21:22. Declan had targeted 2hrs 30mins having done previous editions and was thrilled to arrive into Carlingford not long after Gerry in 48th place with 2:22:32. Fair play to ya Declan!

Some may have been turned Upside Down coming off the very steep Slieve Foye but a great race finish setting right on the non-mountain surroundings of Carlingfords Main Street with plenty of busy pubs and restaurants, no doubt some of the runners might have just stayed on for the day! Refreshments were provided in Foy Centre afterwards and Pete lifted his age category award! Afterwards there was a dash home for some guests of honour for participating dads on Fathers Day, others were opting to ‘go and get the car dieseled up when I’m here’ and some Mourne Runners saved a bit of diesel by taking the ferry home out of Greenore across the lough, a straighter bearing home

Once Drinahilly wraps up the Hill & Dales the next NIMRA race is only round the corner on Saturday 2nd July, the long category Spelga Skyline, hosted by BARF. Bring your suncream and ice lollies! 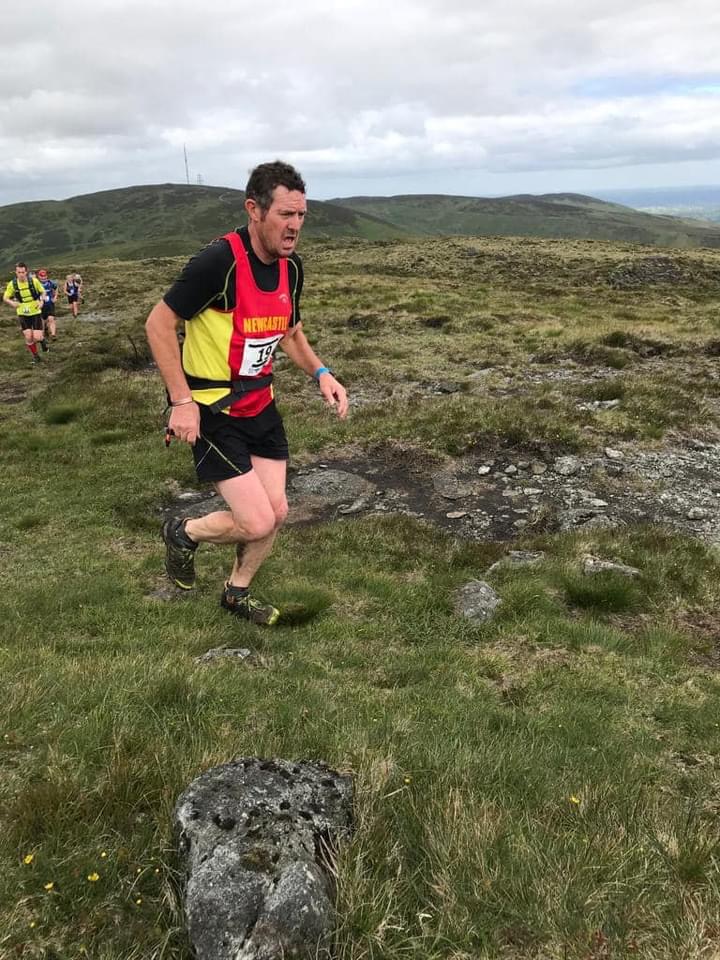 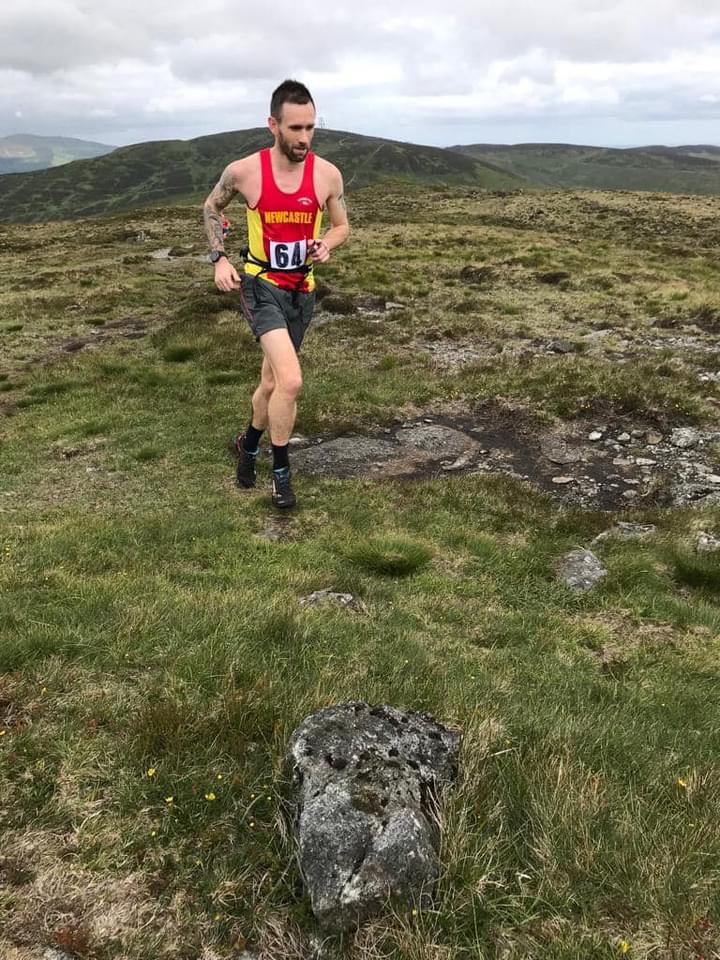 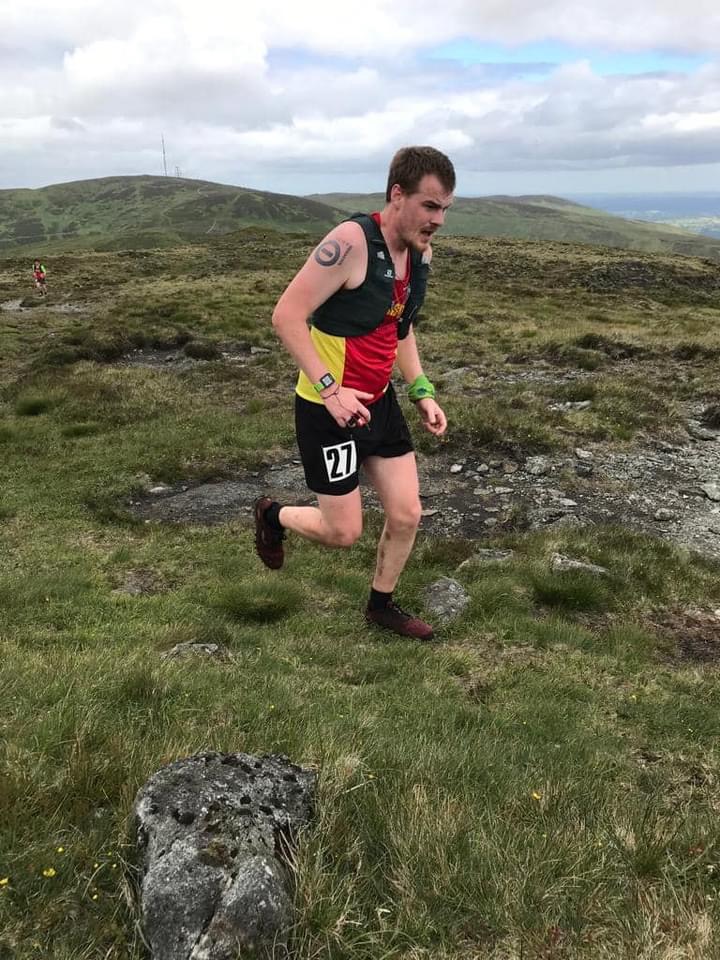 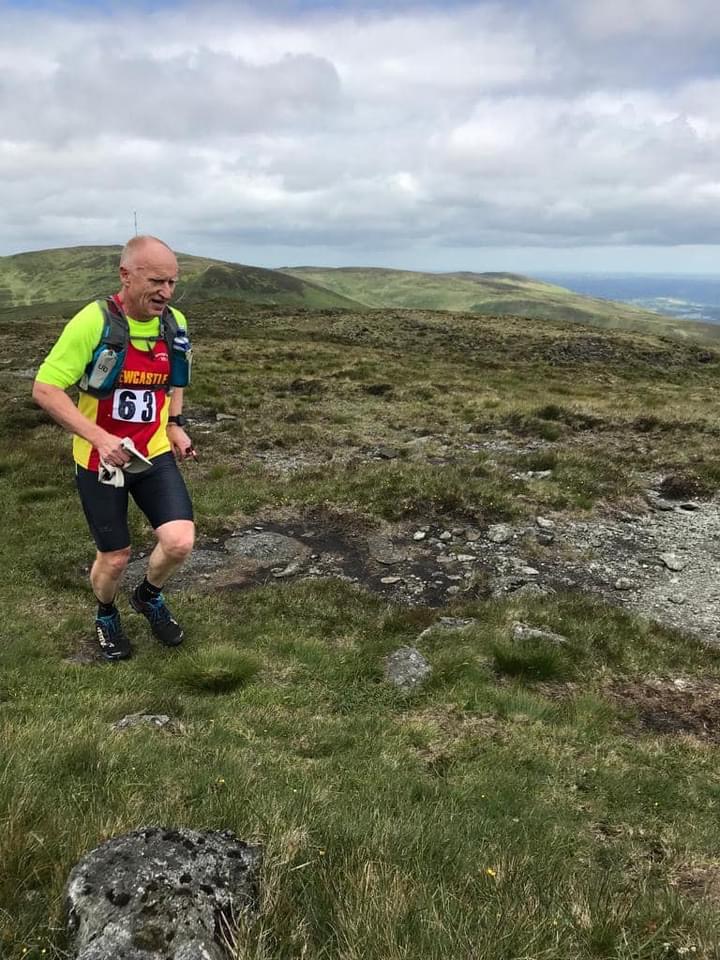 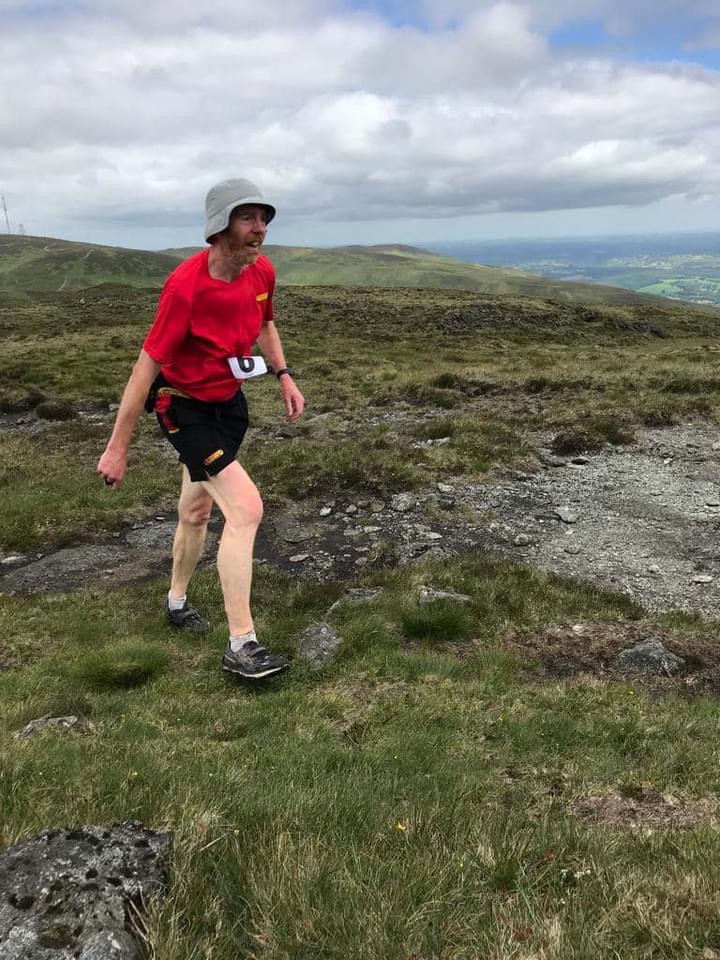