Whilst NIMRA host the local championship, they also take one leg of the four races that comprises the British championship, and with the long category assigned for them this year what better or tougher event to stage than the Mourne Seven Sevens on Saturday 9th April. With a slightly longer 19.5 mile course involving 2600m of ascent it takes in the seven peaks over 700m (Meelmore just short when remeasured), starting and finishing at sea level in Donard Park. This brought an elite field over from across the water with some top names who are usually plying their trade in Snowdonia, the Peak & Lake districts and the Scottish Munros. Despite a chilly start to Saturday morning, the day stayed bright and clear, but there was an exposure risk on a few of the summits nevertheless.

After coming a fantastic 9th position at the 50KM Maurice Mullins Ultra in Wicklow a fortnight past, Alan Ritchie certainly had the training in the legs for the challenge. Opting for the Black Stairs to summit Donard by 52 mins, he made light work of the first 4 of the 7 and was over Meelmore in under 2 hours. However the crux of the race is the second half travelling down the bog from Meelbeg to Ben Crom Dam, then taking in the full Binnian ridge to the far summit only to turn back and lose the height gained. After a few minutes break on the way towards the final seven Lamagan, Alan made a superb attack on the contour round Cove and the rise over Slieve Beg to reach the saddle at 4hrs 30mins. 22 mins later he was at the pavilion finishing in a great 38th place and 4hrs 52mins.

Two lads who enjoy the hills but who paired up getting road PBs last Sunday at the Titanic 10K in Belfast were Ryan McDonald & Pearse Brogan. The same fellas opted to pair up again on Saturday and despite the recent lack of elevation or distance in training they both have covered this sort of a challenge before. With an easterly wind chill of minus 10 striking the face of Donard, they decided on the shelter of the Glen River path instead. Pacing along nicely time was gained on a few more runners by taking a sneaky line past Corragh towards Hares Gap. By Meelbeg both were past the checkpoint under 2hrs 30mins and moving well. Into the bog however another Maurice Mullins finisher was hot on the heels of the familiar vests ahead.

Before the Binnian summit Mark King (who had been tucked in average 3 minutes behind the pair from the start) came on strong, passing Brogan and chasing down McDonald. Ryan however made a great ascent up Lamagan and 10 minutes each separated the three there before the long run home (the guts of an hour) to Newcastle. Ryan had previously completed the clockwise version in 5hrs 40mins and a quick finish took 5 minutes off this time (and with the longer course) to come in 88th position with 5hrs 35mins. Mark had a steady half hour descent from the saddle and even with the added technical challenge of the mountain bike trails down from the third bridge in the forest completed within the top 100 in 97th place with 5hrs 44mins. Despite a slow plod up the last two sevens and a fall coming down the Glen river path with about 2 mile left, Pearse quickened up on the descent with a sub 6 hour finish in mind and with 40 seconds to spare hit the line in 118th place with 5hrs 59mins!

Hard luck to Jonathan Clarke who began with a decent pace but unfortunately was forced to retire after Bearnagh. The four finishers Ritchie, McDonald, King & Brogan came through unscathed (bar the tired legs) to get the obligatory feed of soup in the church hall afterwards and are maybe already looking forward to the much shorter Hill & Dales! Well done to organizers, marshalls and everyone involved in the set-up and running of a great race. The race will be run again for the NIMRA championship in August in the clockwise direction if you were unlucky to miss out.

Lastly, whilst there was some superb efforts on race day whether it was our local fell runners or the travelling contingent, anyone who was lucky enough to be on the hills last Saturday might have witnessed the incredible Finlay Wild in action. The 10 time Ben Nevis race winner completely blitzed through the Sevens beating Kim Collisons record and winning in 3hrs 28mins, a phenomenal time! 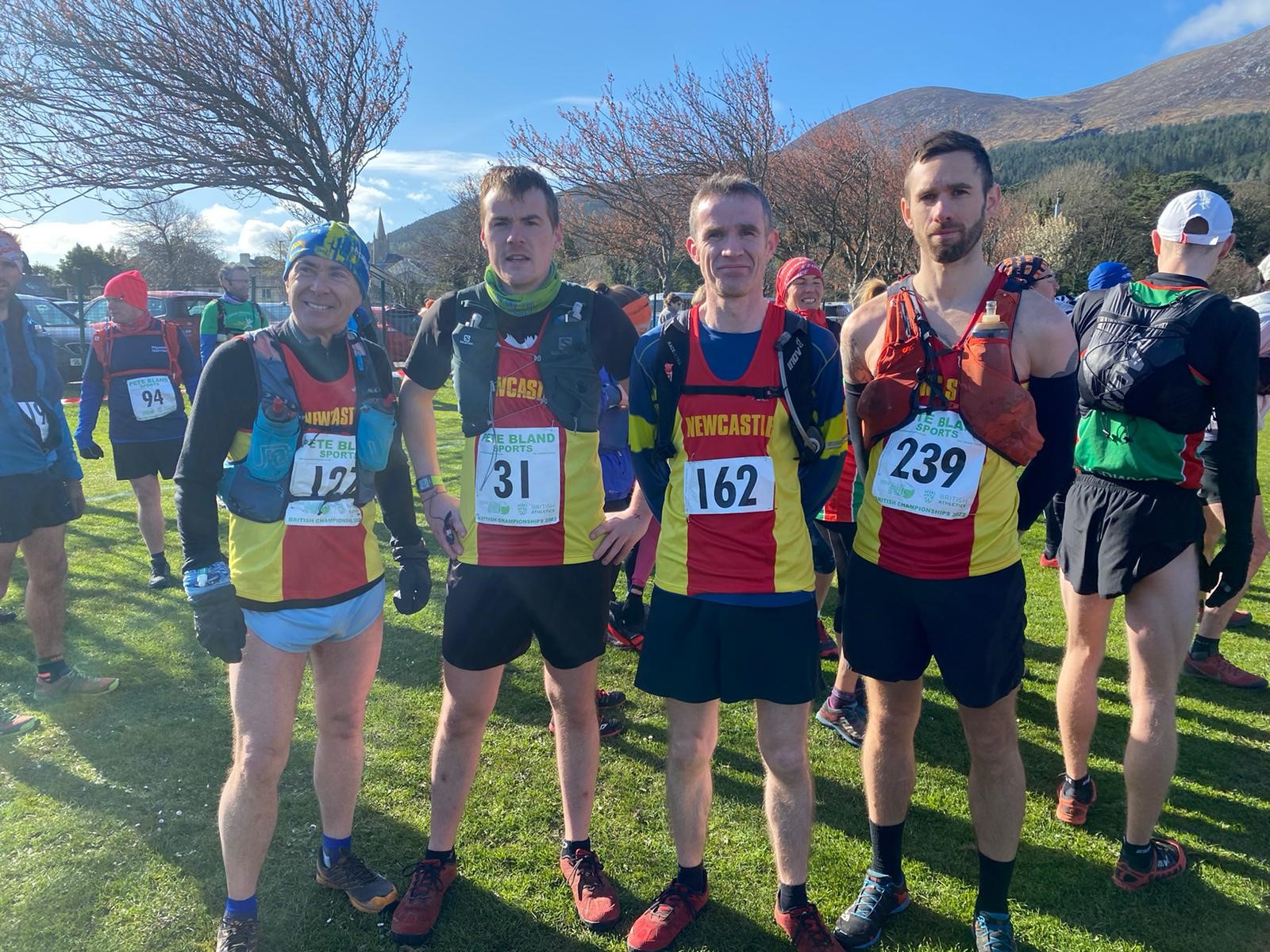