The Cross-Country season is in full swing marking the impending arrival of winter as the days of October get slowly darker towards the dreadful changing of the hour at Halloween marking darkness well before 6pm.

After the good summer and limited rain the cross-country courses, as they tend to do at this time of year, presented firmer going than they’re likely to do in the New Year and there were some very good performances across the age spectrum.

The Field of Dreams

8 time zones west of here is Oregon – more specifically Estacada and the Milo McIver State Park and a fast and relatively flat cross-country loop set alongside the Clackamas River. In turn Estacada is just southeast of Portland, a hotbed of US endurance running which includes Nike’s Headquarters in Beaverton and the home of the disbanded and disgraced Nike Oregon Project. Eastacada is also around 100 miles north of Eugene, home to the spiritual Hayward Field, set to host the World Athletics Championships next summer.

Ryan Forsyth, whose maternal family line emanates from Comber, is a recipient of the prestigious ‘All-American’ status at both cross-county and track from his time at Colorado University in Boulder. He completed his studies just over two years ago and now works as an engineer presently in Seattle. He finished 4th, four years ago in the European U23 Cross-Country in Tilburg in the Netherlands on a day when he had the potential to make the podium – but still a brilliant run.

He plans to compete at the Irish National XC in 5 weeks time and this weekend he competed as a guest in a local collegiate race to understand exactly what level of fitness he has now achieved and if he might be ready to make progress from a successful college career which saw him place 11th in the NCAA Cross-Country Championships in Wisconsin and 12th in the 10000m on the track in the NCAA Finals in Texas – he boasts personal bests of 13:38 and 29:01 respectively for 5000m and 10000m on the track.

It was a fine morning for XC, sunny with temperatures nearing 20C already by 10:30, the race start time. Ryan’s plan was to go with the pace and hope that he could finish strongly and be competitive. 313 started the men’s 8k race and at the first timing point at 1.3k Ryan led the race in a group of around a dozen in 3:32 (4:43 mile pace for the first ¾ of a mile).

Win was what the objective and win was what he did – coming home just over 2 seconds clear of Englishman George Duggan competing for the University of Portland – in 23:32 for the 8k (average pace for just about 5 miles ending at 4:44 per mile). He had achieved not just the victory but had run a faster last lap to win just as had been the hope. 5 weeks now until the Irish Cross-Country Championships with the objective of securing a place on the Irish team for the European Cross-Country Championships which are in Dublin this year in December. 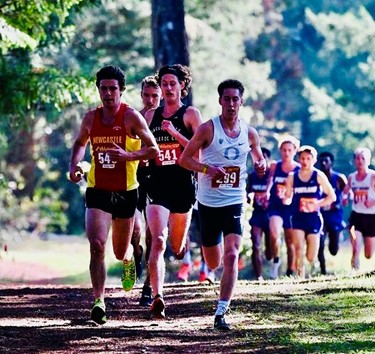 Congratulations to Aidy Brown and Connaire McVeigh who have been selected to represent Northern Ireland in the Masters Cross-Country North South Challenge in Belfast on 13 November.

Again the going was firm for the athletes, but this time in Upper Malone in Belfast on Saturday. In the M40 category Aidy Brown, hot off a disappointing (for him) half-marathon last weekend in Manchester went ‘all-in’ over 6km of cross-country along with club mate Connaire McVeigh who at 44 is definitely in the best shape of his life.

McVeigh went out hard as is his trait and led Brown for a bit, in fact more than a bit, but eventually succombed to the pressure from Brown who himself came home for an M40 podium 3rd place in 27:16 behind Lawrence O’Hara of North Belfast (26:43) and Michael Combe of Willowfield (27:11).  McVeigh was just a second behind in 5th place in 27:17.

Congratulations to both again on their selection.

Well done also to Cathal McNiff who came home in 6th place in the M60 category in a time of 34:02. 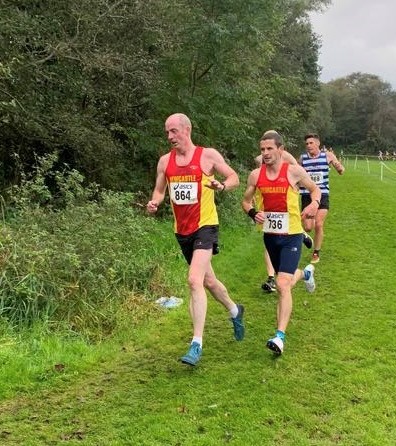 In 8 weeks time this will be the venue for the European Cross-Country Championships. It’s a purpose built cross-country course in the massive Sport Ireland Campus in Abbotstown close to Blanchardstown in northwest Dublin.

The course for the Euro Champs will extend to a 2km loop but for today it was limited to 1.5km and as with Belfast and Oregon it was firm going. It is however, undulating with the majority of the course either climbing or descending – gradually mostly.

The men’s race was over 7.5k and three Newcastle & District athletes made the trip to test out the course. First home was Zak Hanna in an excellent 16th place overall covering the 7.5km distance in 24:23 (5:14 mile pace for the undulating course). This represents more than a minute’s improvement on the last time that Zak competed at the same event – proving that consistent training leads to improvement – congratulations. 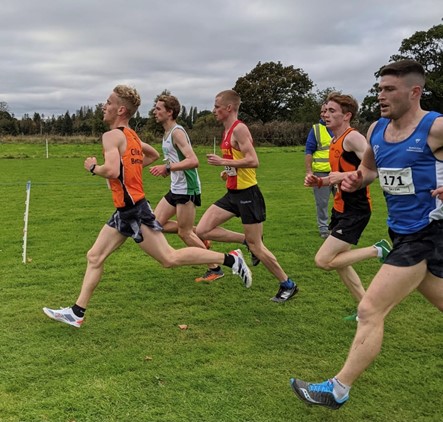 Getting back to his lifetime best shape is Lindsay Gordon looking good in the red and yellow of Newcastle & District AC. After running just outside 70 minutes for the half-marathon at the Antrim Coast at the end of August, Lindsay has continued to train consistently and it showed again today in his performance coming home in 39th place overall in 25:56 (5:34 mile pace). Next stop the Armagh 10 mile road race at the end of the month.

Daniel Molly is improving consistently as the weeks and months go by and today was no exception. Congratulations to Daniel on his 66th place in 27:19 averaging 5:51 mile pace overall over the challenging course. 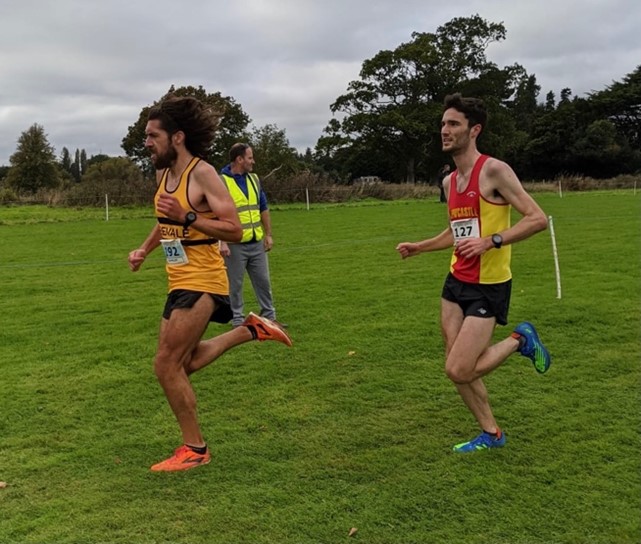 Finally to the last race of the weekend and congratulations to Neil McGeough running into 2nd place in the Centra 10k in Ormeau Park in Belfast in 38 minutes (800 runners showed up in Ormeau showing the demand for racing post lockdowns). 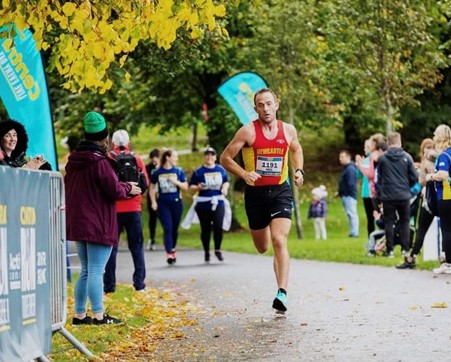