After too many years to count (or at least mention in public), it was finally NIMRA’s turn to host the Junior Home International, which combines with the British & Irish U17 & U20 Mountain Running Championships

Greenhill YMCA was the destination, with all five nations at last able to attend. Some ‘bubbling’ of course was still needed but it was great to welcome our visitors to Newcastle, and our beautiful Mournes.

The Mourne weather seemed to think so too, with the mist and murk of the trial two weeks previously a distant memory.

After arrivals, by boat, bus, car and plane on Friday, it was an early start on Saturday for the race, with teams bused to Happy Valley and a field that had taken on something of a festival feel.

The four races went of in waves, 15 mins apart, to ensure no overlap, and a 20 min gap for the U20 males coming last, just to be sure.

Thankfully electronic timing by James Carr made this system look effortless and made for a wonderful spectator experience.

For the course designer and marker Alan Magee, the site of spectators lining the Meelbeg ridge, passed by speeding runners to the finish was a treat.

Having looked at previous ‘Meels’ records, an estimated fastest time of the day of 23 mins was suggested. When Jess Bailey of England set a winning time, in the first race of 24:14, it became clear that 23 mins was likely to be surpassed as the day went on.

Next up were the U17 Males, with Ethan McMullan of Newcastle AC achieving 18th.

The U20 Female race started of in a rush, with Donegal athlete Nuala Bose taking a stumble, with 3 or 4 athletes jumping over her in the heat of the race. Despite her fall, Nuala went on to place 3rd. Rebecca Magee of Newcastle AC, is a confident descender and put it to good use, gaining almost a min on her team mate Ella, but to no avail, with Ella able to hold her off by 5 seconds – what a fantastic finish, by the two girls that have raced in Italy, Wales and Ireland together over the years.

However the best outcome from their battle was still to be revealed, when they discovered that they had secured silver by 1 point…..it turned out that Rebecca had passed the final Scottish scoring athlete, securing the point that made the difference!

Finally, it was the U20 boys turn, with Matthew Knowles of England setting the fastest time of the day in 20:47. Tom Crudgington fresh from a stunning run at Donard, managed to place 3rd at the summit, getting passed on the descent, but holding on for a fantastic 4th at the finish. His team mates secured enough points in the race to win Bronze in the U20 Competition.

N.I. and Ulster secured 3rd Overall in the Competition, beating Wales by 1 point.

A huge thank you to all the marshalls, 1st aiders, photographers (Marguerite Robinson, Declan Rice and Karen Magee) and helpers throughout the weekend, for making it such a fantastic event.

….and to the team managers, Bashir Hussain, John Rogan, Sharon Bradley, with assistance from two of our Newcastle Junior Coaches Lynda Martin and Catherine McIntosh.

Martin McMullan, not just for his race directing but also all the work and planning that he put in, in the weeks leading up to the event, that made it such a slick operation.

Alan Magee, for course marking, post making, planning and ordering of equipment, coupled with Karen and he staying on course through Friday night to provide some security to boot.

Deon McNeilly, our club chairman for the Prize giving.

Paul Tierney and Dave McFarlane for the use of their fantastic film, The Wainwrights.

Our Main event sponsor was Whites, with support also from The Bike Shack, Dale Farm and River Rock  – we are really gratefully for your support towards these young athletes! 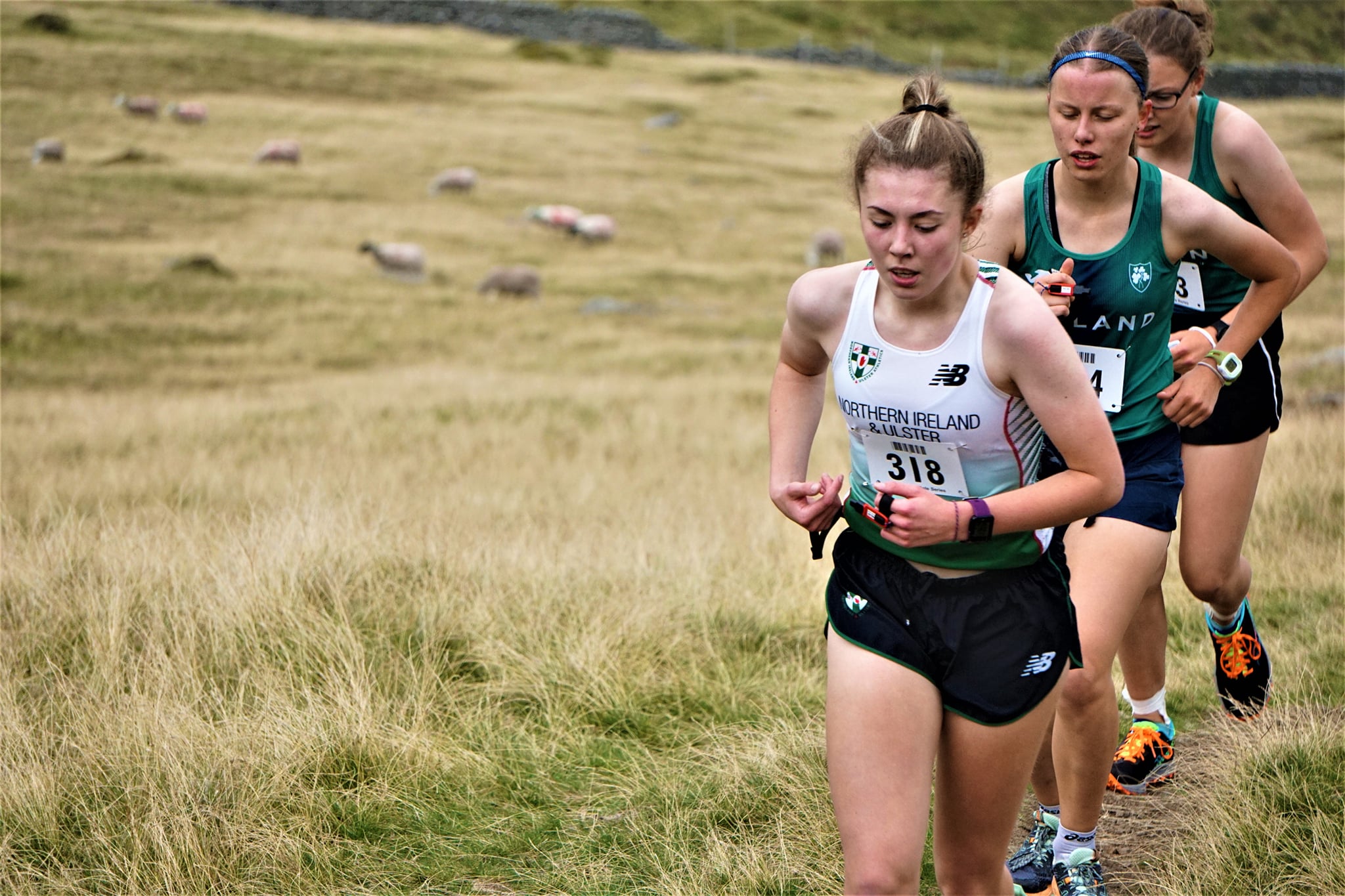 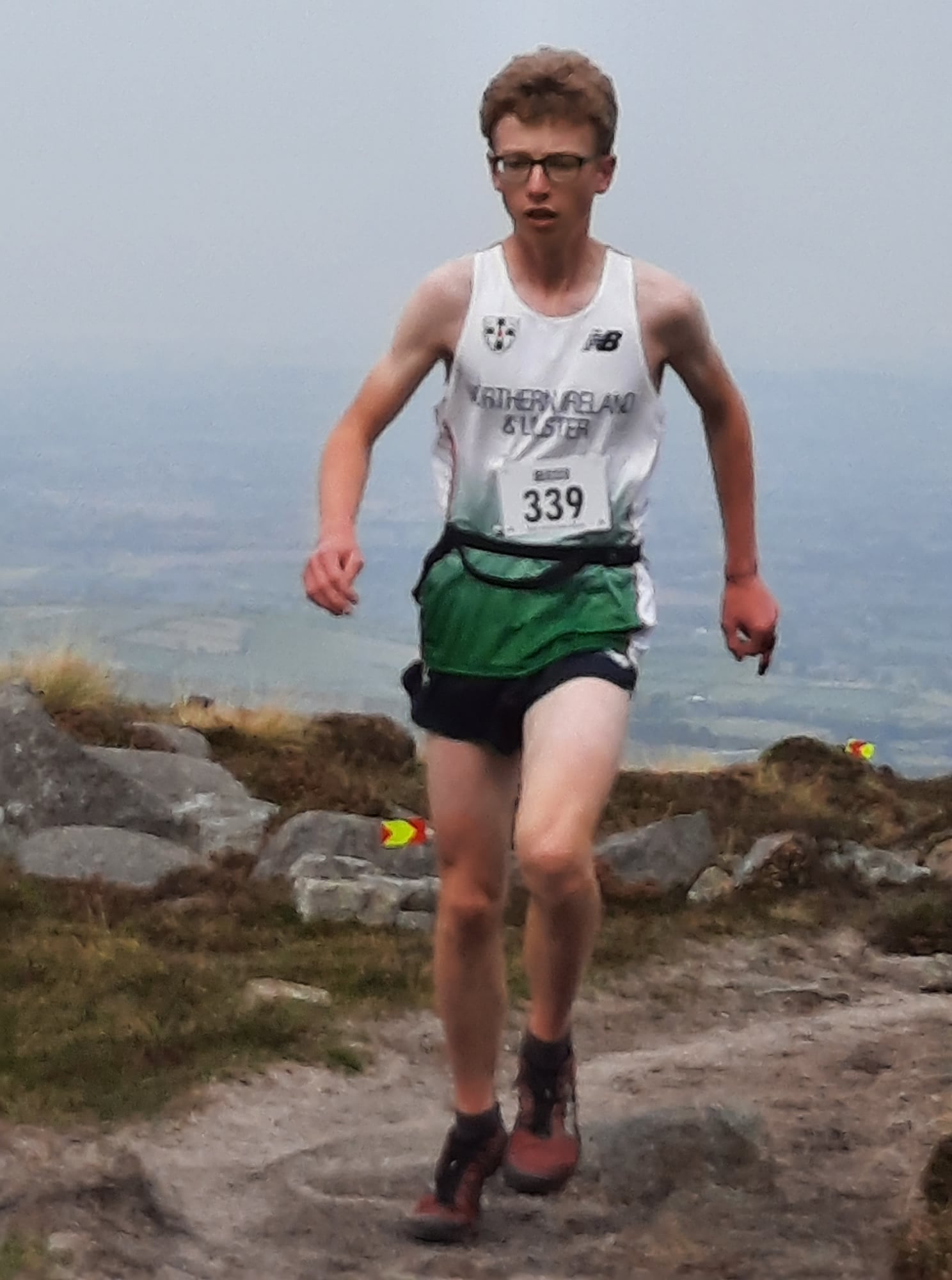 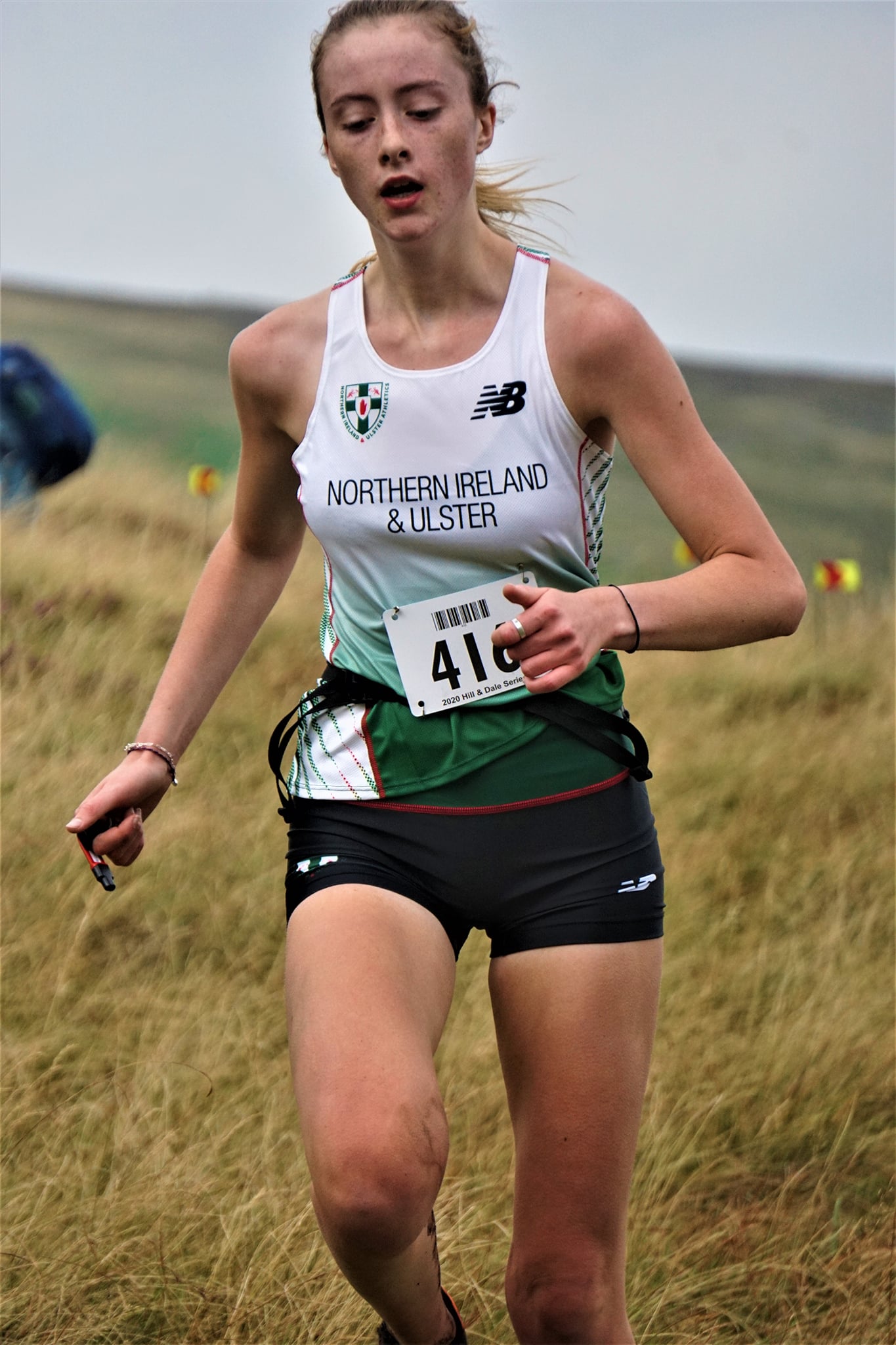 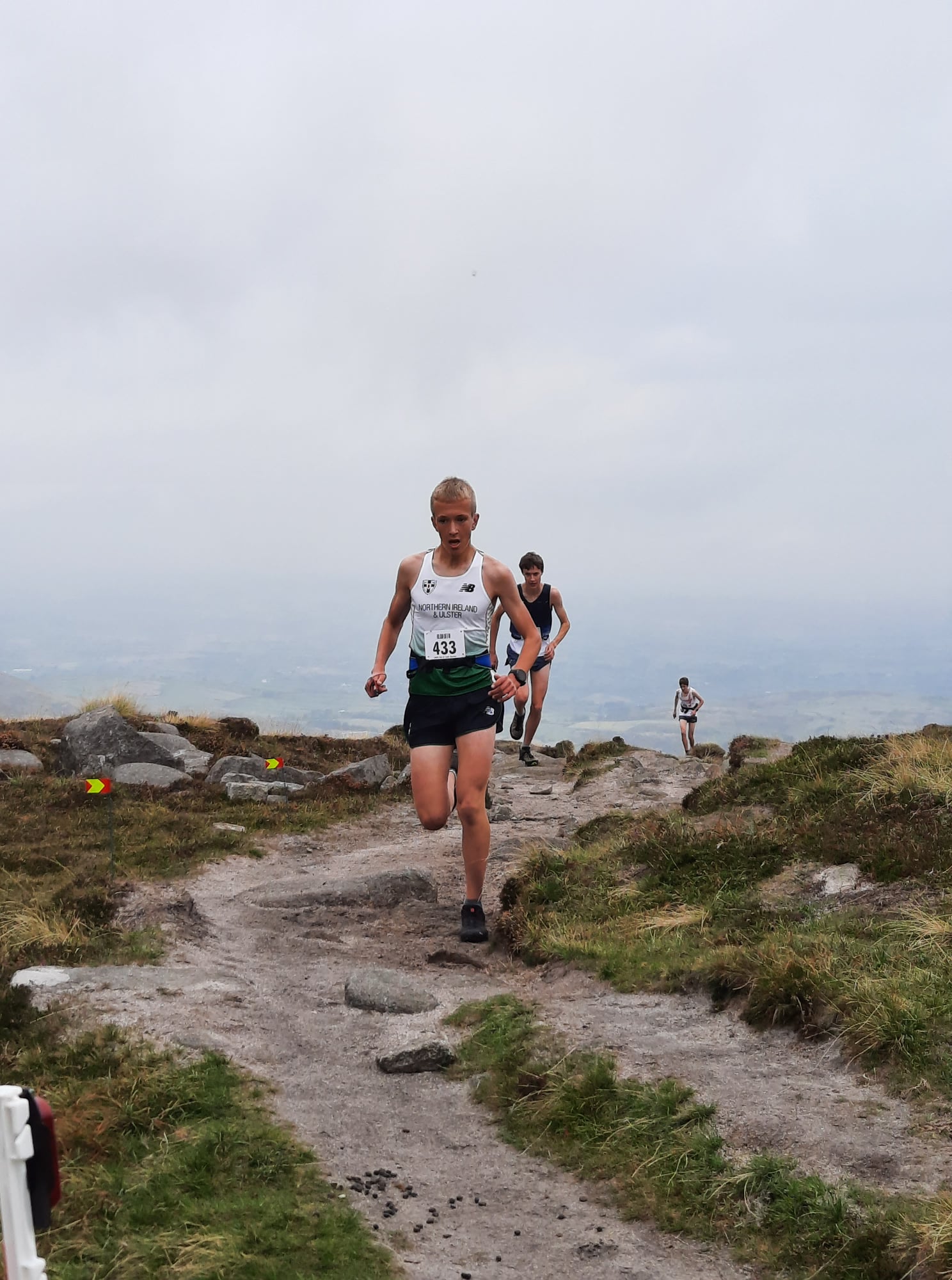 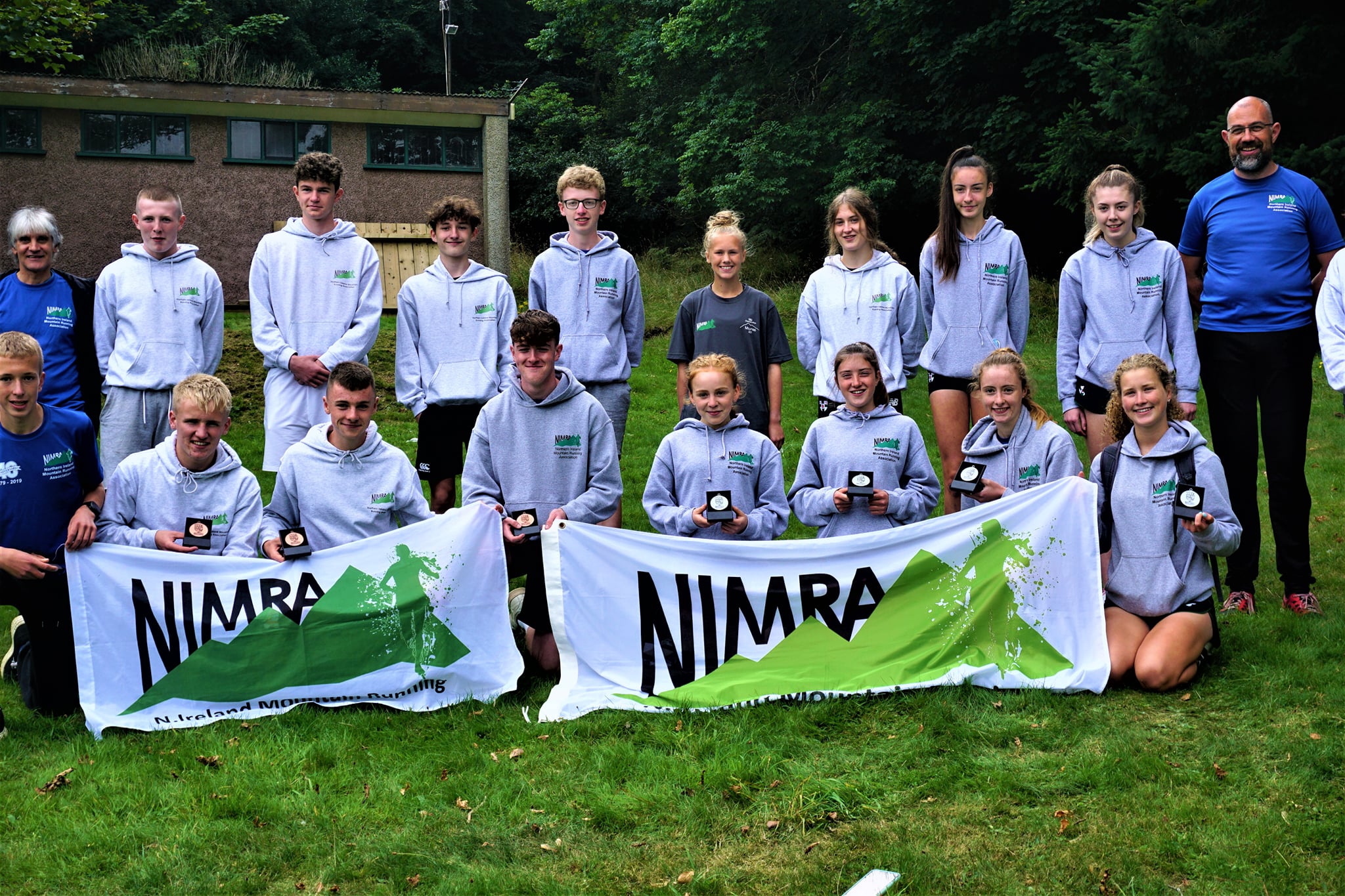