From Yellow warnings of Thunder & Lightning, changing to warnings about rain, the Met office just couldn’t make up its mind.

Once the race organisers had contented themselves, that neither Thunder & Lightning, strong winds or heavy rain were any longer a threat to the athletes, the decision was made to mark out the Course, running over Meelbeg, with that long glorious ridge as the descent to the finish.

However, by the time the final markers had been placed, the fog had become so thick, that it was becoming a serious danger that the junior athletes would miss one of the 300 markers on the course and veer off in the direction of Fofanny Dam.

Plan B. Sadly this route too was ruled out, as the stream crossing near Meelmore lodge required wading!

The race start was moved back half an hour to allow a rapid course re mark by the fantastic race Marshalls and it was all systems go for the Trial.

The new route, started the runners from the open space just above the carpark at Happy valley, following the lane up the right side of the river, parallel to the wall, before rounding this at its corner near the quarry huts and descending back down the normal track on the other side of the stream.

As the athletes approached the finish area, they took a right onto the Mourne way, for an ‘Out and Back’ route to the Stream near Meelmore lodge, before finishing back at Happy Valley.

Six Newcastle Juniors had registered for the trial, in large part due to the encouragement of the junior coaches and Ian Brannigan’s Saturday morning Junior endurance program.

Not to be perturbed by the slop and fog, Tom Crudgington of Newcastle AC lead from the gun, to run a lonely race, out of sight of his competitors, finishing in a fantastic time of 28:46, 3 mins exactly ahead of the new face of Mountain Running, Oisin Toye of Finn Valley. Oisin was followed by his club mate Diarmait, who had come home early from a family holiday in Spain, just for the U20 trial.

Rebecca Magee, still tired from her longest run to date, the Seven 7’s, achieved 4th, securing her spot on the Team for the B&I in the process.

In the U17 race Ethan McMullan secured 4th, despite stopping to help his fellow Ambleside teammate, Michael Houston, who had fallen. Ethan blew his whistle, while getting to Michael to get his out, with the instruction to keep blowing it until help arrived. Thankfully Michael suffered only cuts and bruises, but had to drop out of the race at that point. Yasin Brannigan and Patrick McDaid, battled the conditions to come home in 5th and 6th respectively.

Ciara Savage took third in the U17 race, to confirm her selection for the upcoming B&I Champs, with Aoibheann O’Gorman in 5th despite a sprained ankle.

Well done to all our Newcastle AC athletes, particularly Tom, Ethan, Rebecca and Ciara who all have been selected to represent N.I.& Ulster at the U20 and U17 British & Irish Championships. The teams will stay in Greenhill YMCA and race on Meelbeg on the 4th September. 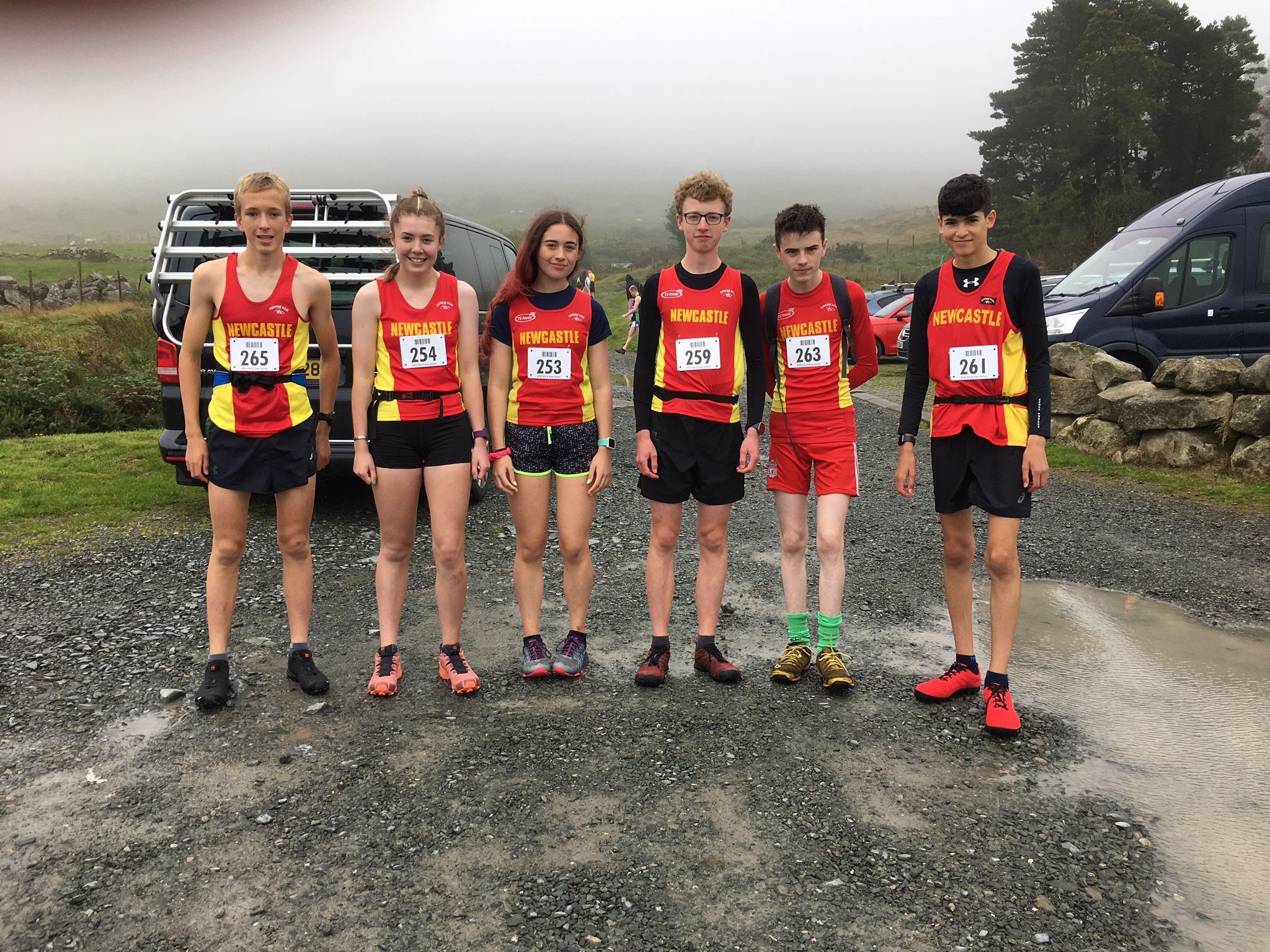 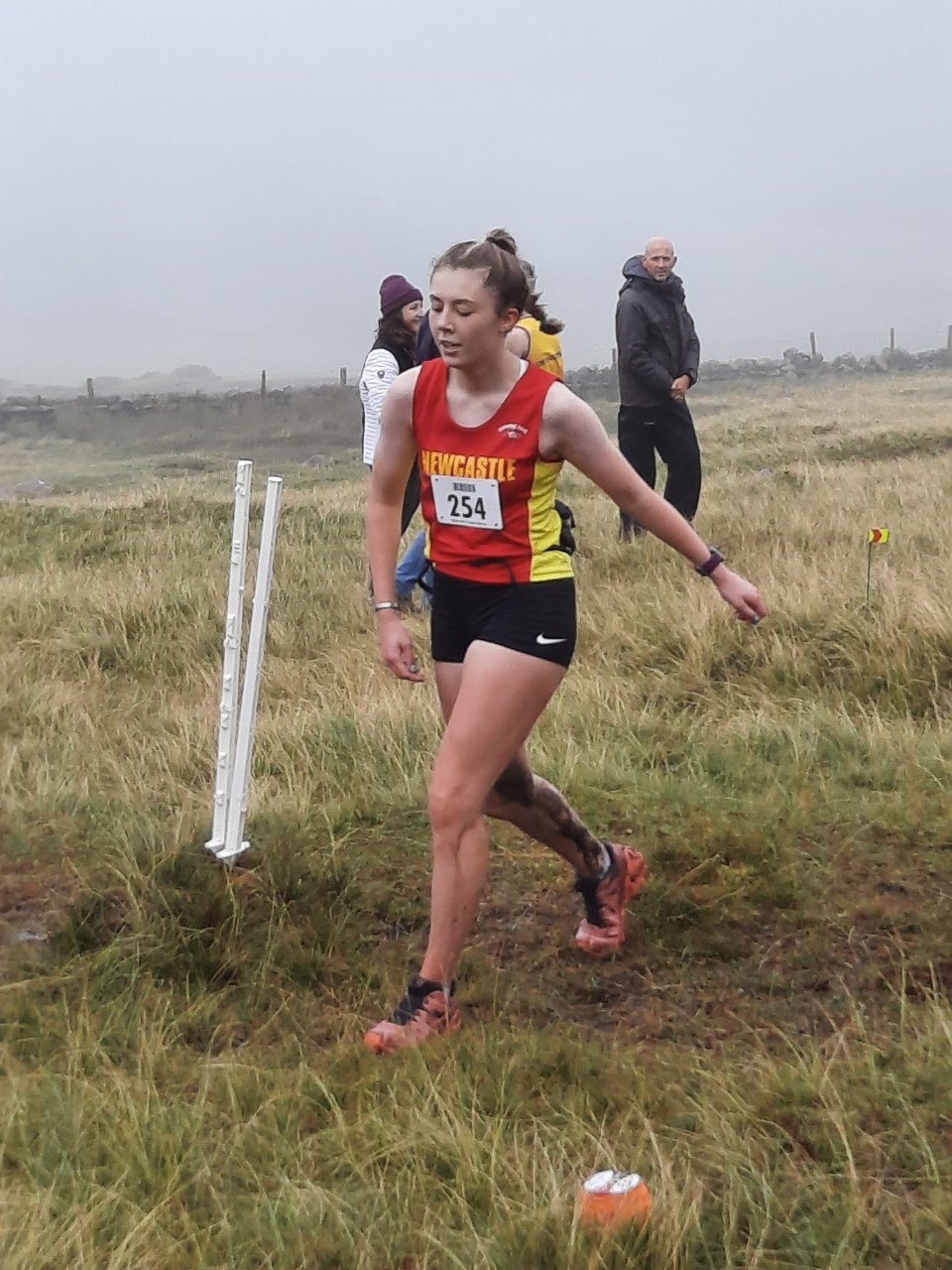 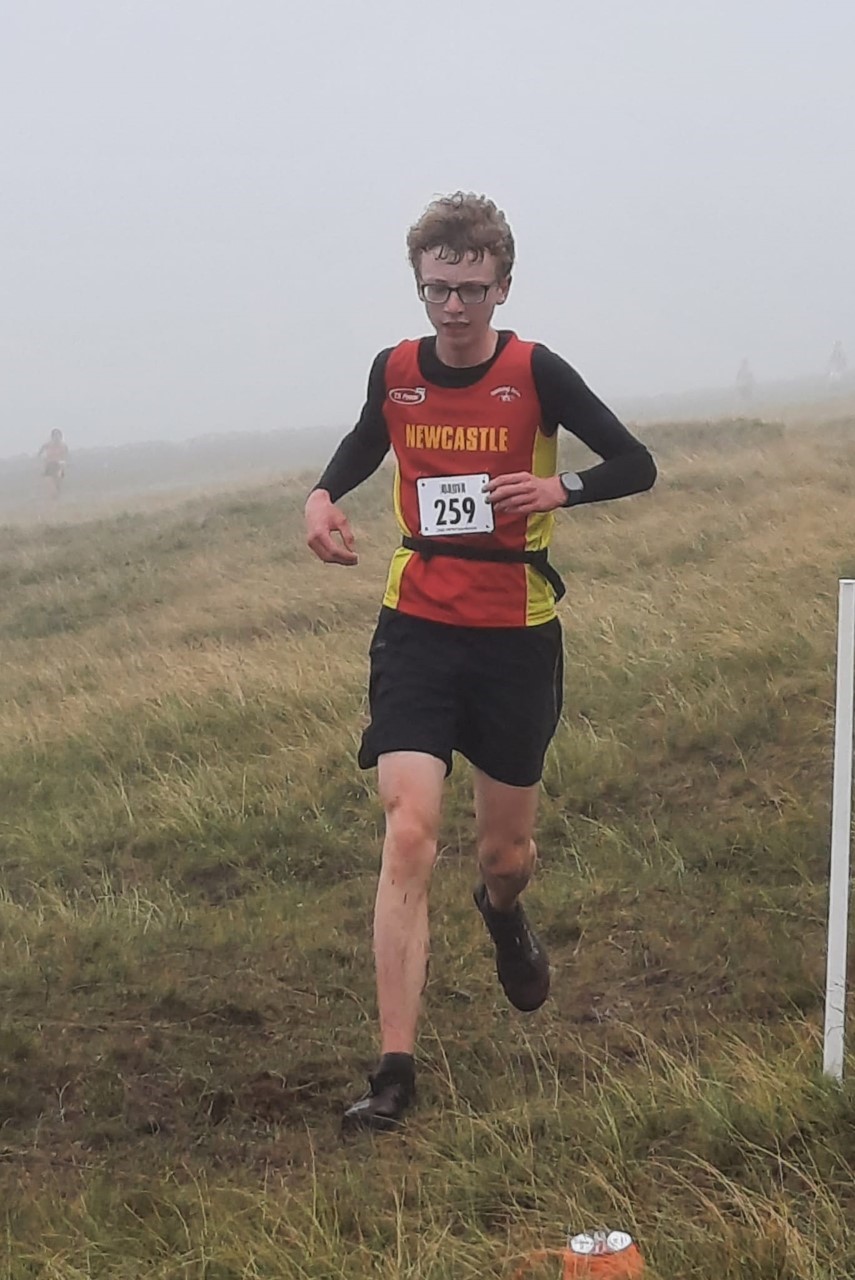 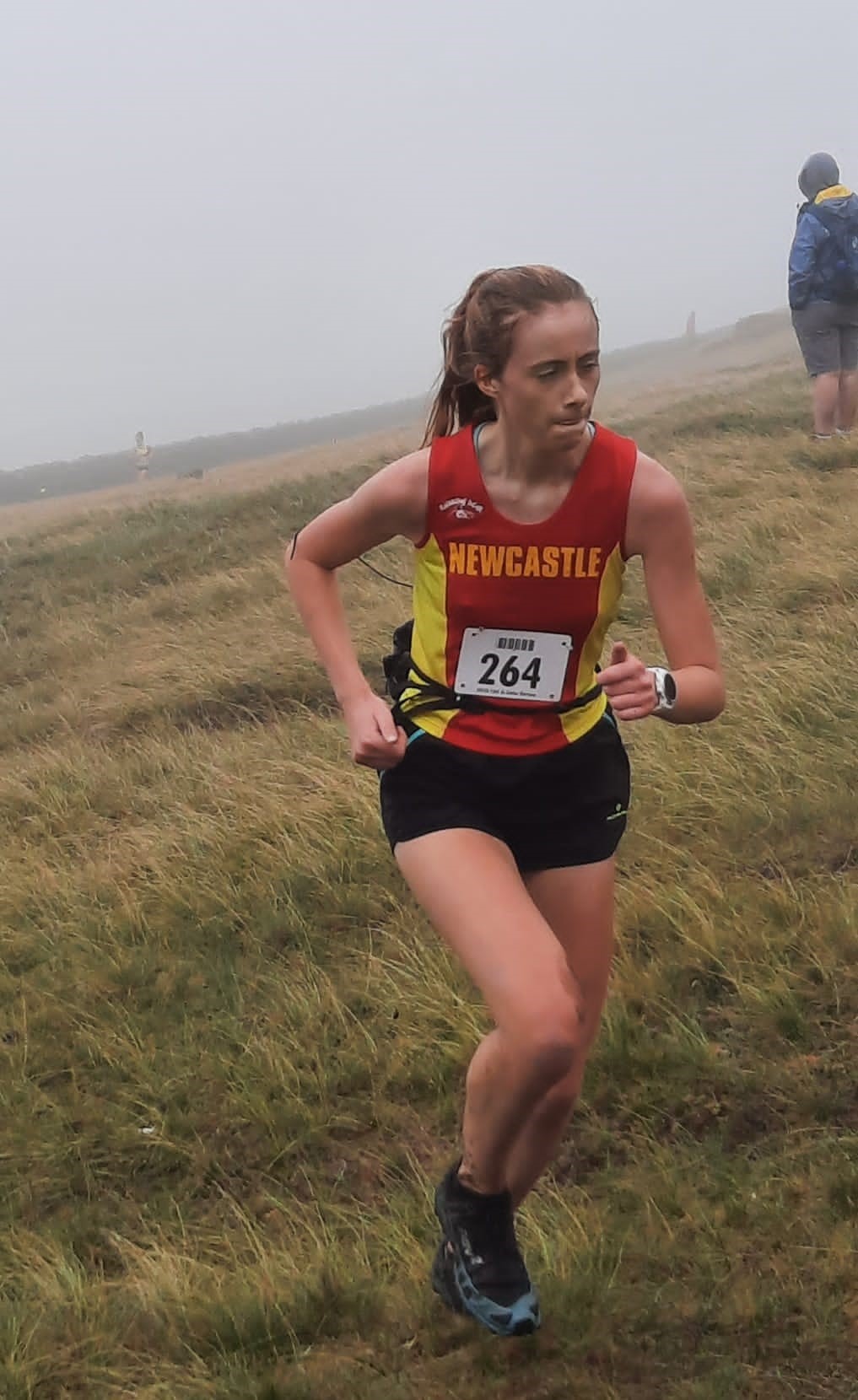 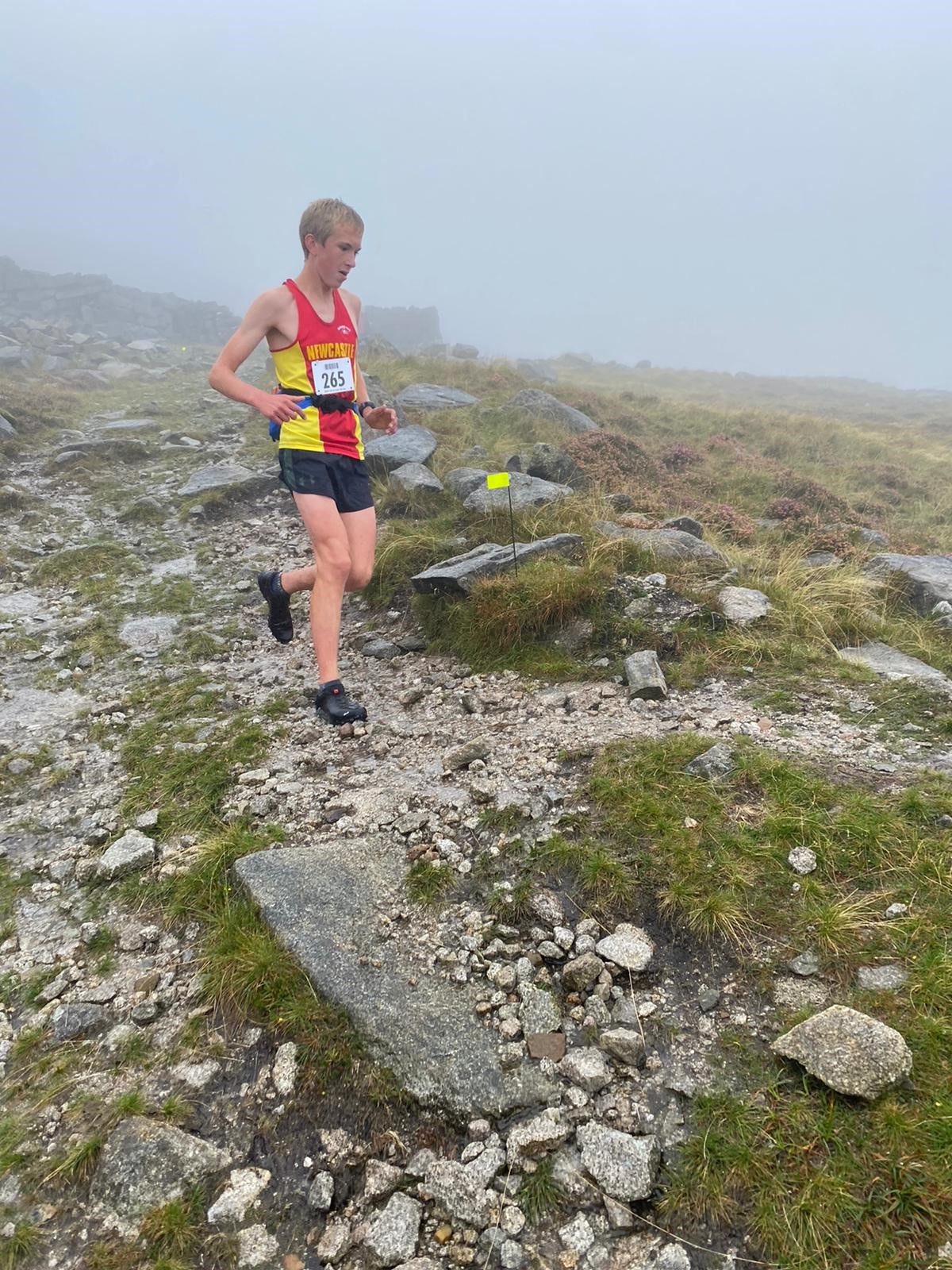 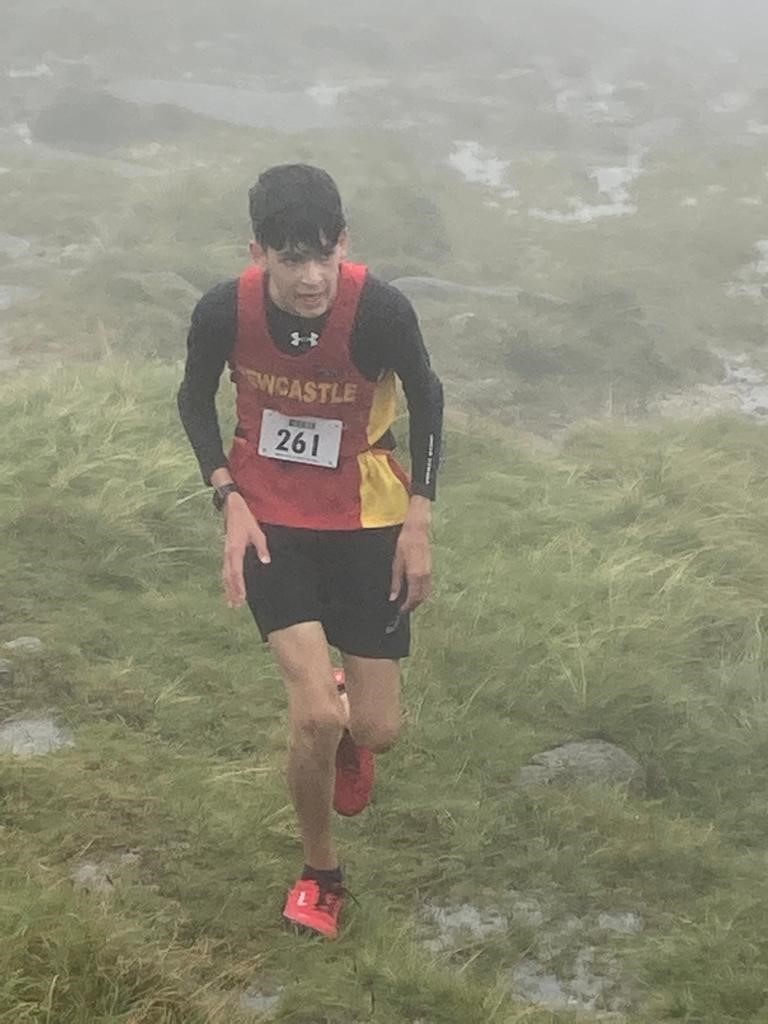