Race 2 of the NIMRA Championship got underway on Saturday 3rd July, with yet another change to the traditional route. This year seen the start line at the top of Carrick Little lane with the first checkpoint on Chimney Rock followed by Donard, Commedagh, Cove, Lamagan, Binnian North Tor and finishing back at Carrick Little.

Originally race director Trevor Wilson advertised the race as being a traditional fell race with free route choice between checkpoints, before making a last minute decision to put every route around the start line out of bounds leaving the only option for runners to continue on up the track to the corner of Annalong wood.

The forecast was for rain but on the day it stayed dry and the only weather concern was fog, fog so bad that it had reached low down around everything leaving no chance of getting a quick glimpse of a recognisable feature to help one navigate their way!

Due to Covid regulations the race was started in waves, in the 1st wave was NAC’s David Hicks and Gary McEvoy along with several Mourne Runners’ favourites including Timmy Johnston, Jonny Scott and Adam Cunningham. Positions changed frequently on the way to Chimney Rock with most people opting to go around Rocky on the southern side. On the long climb up Donard it was Scottish Dental Runners’ Ryan Stewart and Johnston who led, being chased by Cunningham, Hicks, Scott and Orangegrove’s Andrew Tees. As the race started in groups it was hard to tell who was chasing from behind. After reaching Commedagh summit the two leaders veered off course on the way to Cove and eventually retired to leave Cunningham in the lead which he held all the way to the finish taking the win in 2:27:58. Hicks took a bad fall on the Commedagh descent followed by several navigational errors and eventually made it home in 25th in a time of 3:23:47. Scott also made a nav error coming off Lamagan knocking him from a podium finish but he stubbornly continued on to Binnian to finish 8th. Coming through from the 2nd wave were the Bailey brothers, Gary and Clive, two men who know the ground well, even reporting that they didn’t as much as take their maps or compass out all day! Gary finished 2nd in 2:41:30 followed by Clive in 3rd in 2:41:40. Both men also taking their age category class. McEvoy ran a steady race to finish 6th in 2:47:33. Making a comeback after injury was Pete Grant, proving he still has it, finishing 23rd in 3:15:04 and taking his age category too. NAC’s Declan McElroy ran well finishing 32nd in 3:36:36, followed by Owen Brady in 35th in 3:47:22 and Eugene McCann who took the M60 category finishing 40th in 3:54:29.

The woman’s race was led from start to finish by North Belfast Harriers Martsje Hell who was 9th overall crossing the line in 2:57:12, showing a clean pair of boots to many a good runner. Another hot favourite was Newry AC’s Esther Dickson who was in 2nd place before the wheels came off the wagon with a navigational error coming off Lamagan. With too much ground to cover to get back on track she took the ‘chicken run’ home down the valley. Although, to help soften the blow Esther had the outright quickest descent off Donard to the Col. This left Jog Lisburn’s Debbie McConnell to take 2nd in 3:32:36 and 30th overall. Final podium spot went to organising club BARF’s Jaqueline Toal, 33rd overall and 1st F50 finishing in 3:39:12. NAC’s only female runner was U23 Rebecca Magee who unfortunately didn’t make it past Chimney in the difficult conditions.

Just like Aerosmith’s ‘Falling in Love is Hard on the Knees’ so too is Fell Running if judging by the finishers in the field was anything to go by. All in all, it was a good day’s racing and the general mood at the finish line gave the thumbs up to the new course, well done to BARF for organising a race at such a difficult time.

Race 1 of the NIMRA championship was the Cairncastle Classic on June 12. Under glorious sunshine the race started fast on country roads and lanes before hitting the hills, and boy were they steep. Knockdhu was the first summit followed by a run along the Sallagh Braes to cross a stile then a very steep but short descent to checkpoint 2 before climbing back up again to follow the Antrim Hills way to the turning point at checkpoint 3. From here the course stayed high before dropping into Linford car park, then a long steady climb brought runners to the final summit on Scawt Hill before a blistering descent down the mountain, through numerous lanes and onto the main road for the last mile home.

The next NIMRA race is the Spelga Skyline on July 17th. 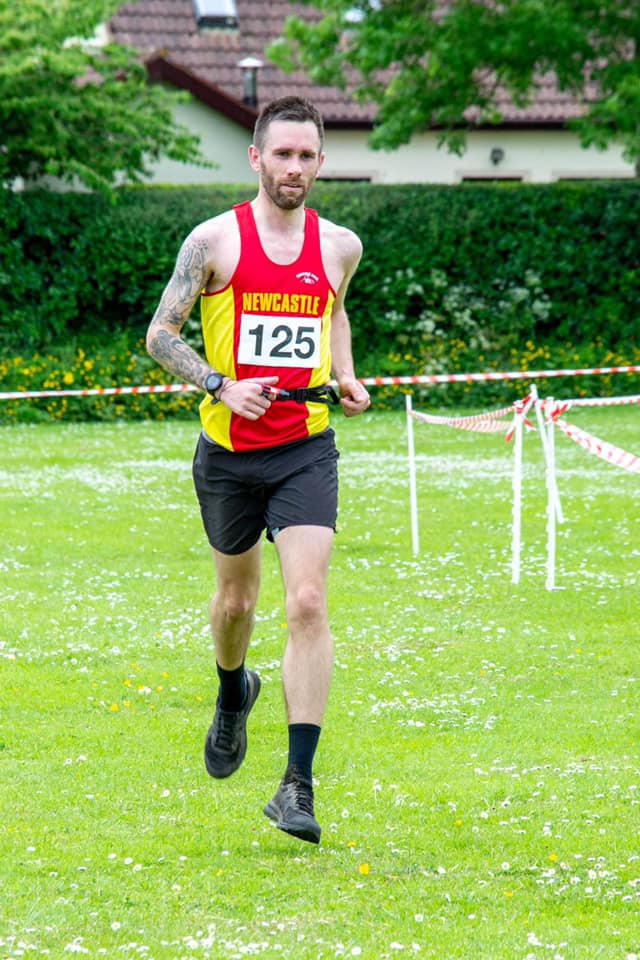 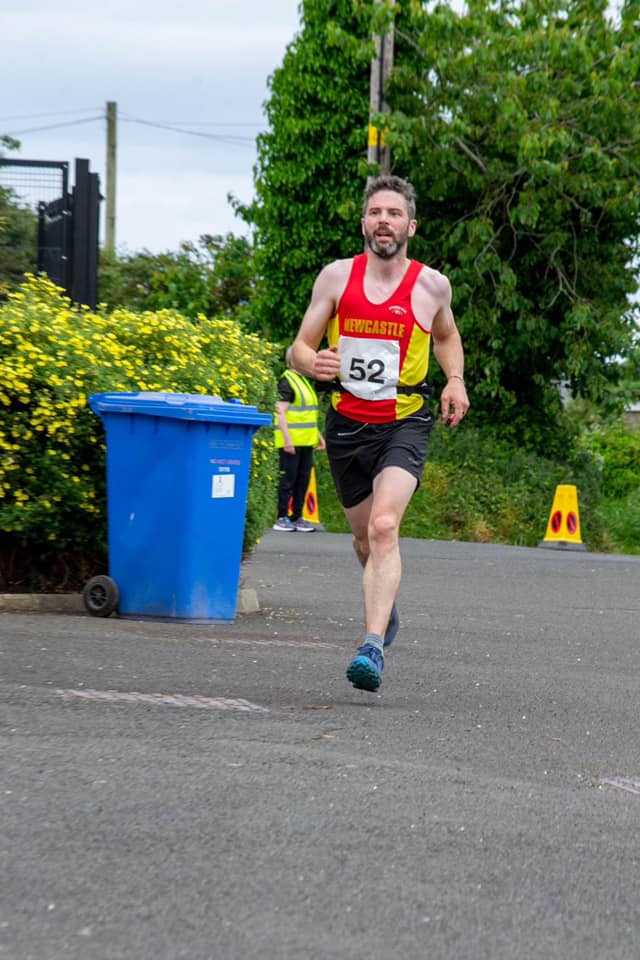 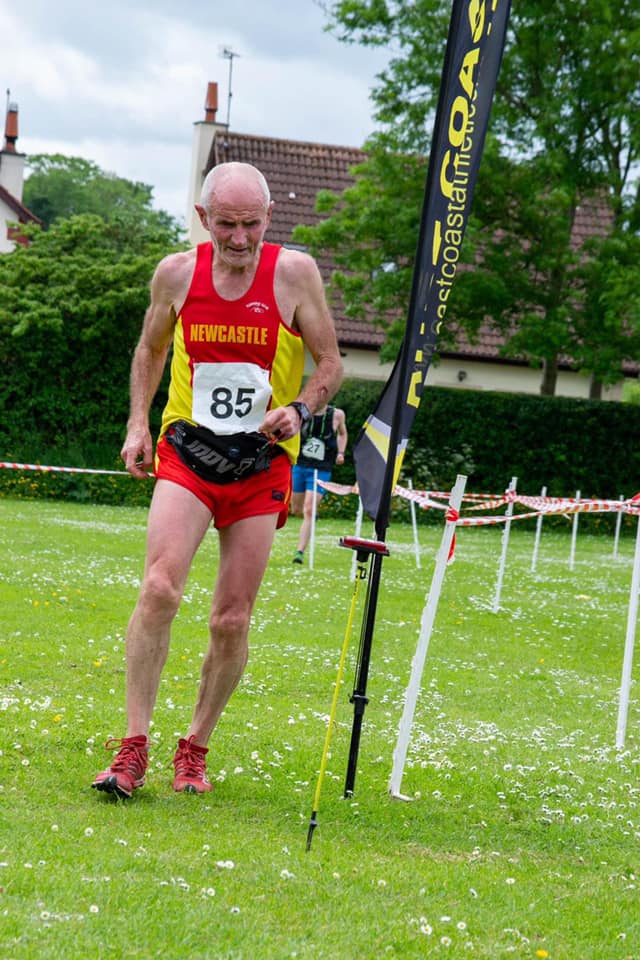 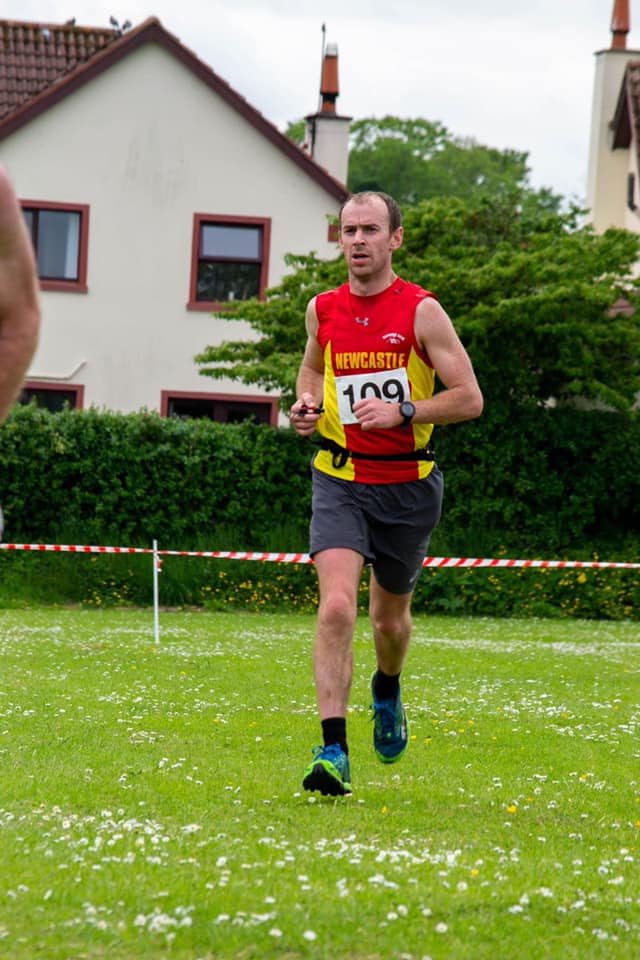 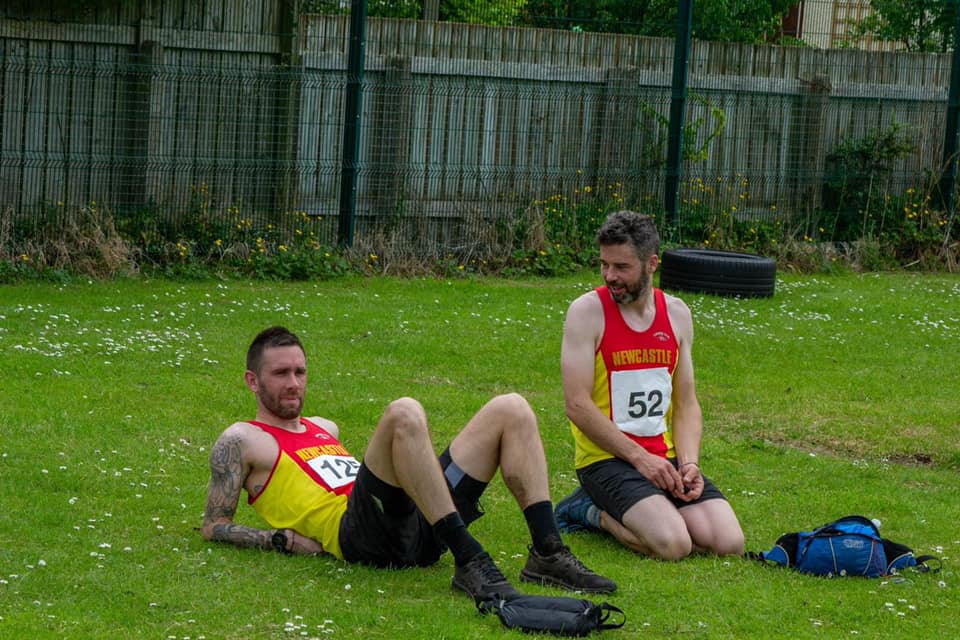