It has been a great week for St Patrick’s Grammar School Year 13 student Ruby McNiff. On Wednesday she finished 10th in the Ulster Schools’ Cross Country Championship at Mallusk to become the first Red High Girl to qualify for the All Ireland Final, a race that takes place in Dublin on Saturday 8 March. Ruby, a member of Newcastle & District AC, earned her her place at Mallusk with a fabulously gutsy 4th in the Down Schools’ at Delamont in late January in her first year as a Senior Girl. On the back of these performances, she has been selected for the London Mini Marathon team. This event which takes place on 26 April is the official British Athletics three mile road championships for athletes aged 11-17. The course starts at Old Billingsgate and finishes on the Mall, the scene of many iconic running images. Athletes from the 33 Boroughs of London compete alongside entrants from the nine regions of England, Scotland, Northern Ireland and Wales. It is a great opportunity to compete against the best new talent in British Road running. 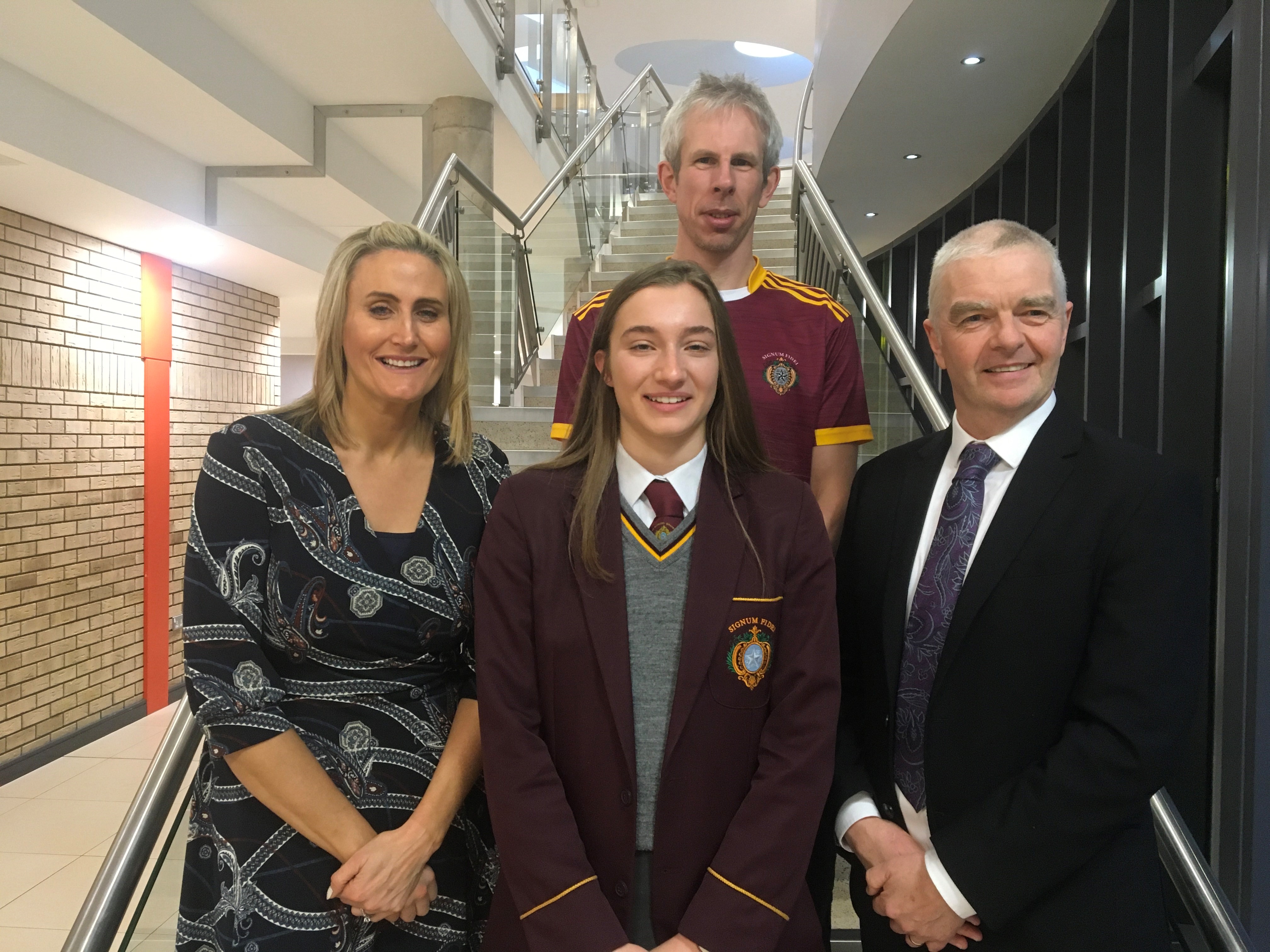