A special report by Bogusboy

As the New Year dawns, plans are made, priorities set, goals established and milestones identified as barometers of progress along the way. For many one such goal is a Spring Marathon or Half. This means that training starts in early January as the 16 week programme is drawn up. February marks the end of the first quarter of training and many like to get a race in to see how things are progressing and the extent to which fitness levels have improved.

Training has been intense

Since the beginning of 2020, a lot of effort has been made by club members preparing for spring marathons. January has meant 4 tough Tuesday speed sessions, 4 Thursday tempo runs at increasing pace and 4 Sunday long runs of 13, 13, 15 and 17 miles in preparation for London, Belfast or one of the other marathons taking place around the same time.  Athletes are putting in between 40 and 70 miles each week in training, evidence of commitment, lunacy or both! Two races are regularly identified as markers of progress along the way – Trim 10m (2 February) and Bohermeen Spring Half Marathon (12 March).

The Trim 10 Mile Road Race is a relatively flat and fast course (as evidenced by the winning time of 48 minutes!) that attracts large numbers for the reasons outlined above. The Meath town was awash with colour as 1526 took the line, many racing for the first time this year. NAC is usually very well represented at this event and this year 5 of those entered made the trip south through Slane to test their speed and endurance over a favourable course. Conditions were ideal in the early stages and one could have been forgiven for thinking it was early may as the sun shone brightly in temperatures around 14 degrees. However, in the slightly hillier and more undulating second half, the wind picked up and made for a tougher finish than might have been anticipated.

How did they do?

JP Gartland and Mark Casey ran together and came home side by side in a highly respectable 64:17, averaging just under 6:30 per mile. Next home and not too far behind was Paul Gosling. Despite not feeling well and considering staying at home, he took two big ‘man up pills’, jumped in the car and was right as rain. He turned in a fine performance of 66:39 that made his stoic efforts worthwhile. Further back, perennial Christmas Cracker partners Nicola Mathers and Joe McCann forgot that this was not a paired race and ran together the whole way wondering why no one else was doing the same. While they could not match the heroics of 2019 at the same race, they were comfortably under the goal pace of 8 minute miling and finished strongly in 77:57. All will enjoy wearing the quality long sleeve shirt awarded to finishers, one of the many unique selling points of this event.

The bounty is plentiful!

Another charm of this race is the unusual content of the goody bag proffered to all finishers. It is usually quite heavy and may contain anything from a needle to an anchor. This year it was a box of teabags, a packet of digestives, two bottles of a well-known sports drink, water, a banana, protein milk and a builder’s trowel. On hearing this both the Prophet and Damien Brannigan have expressed an interest in going in 2021 – both names have been noted on the list in pencil! 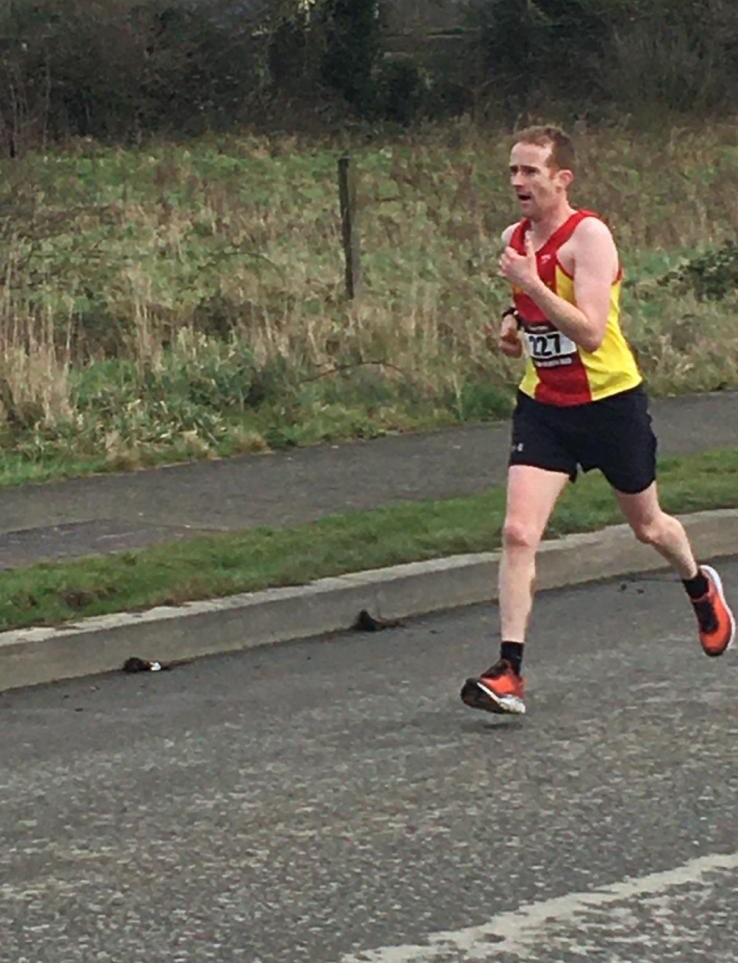 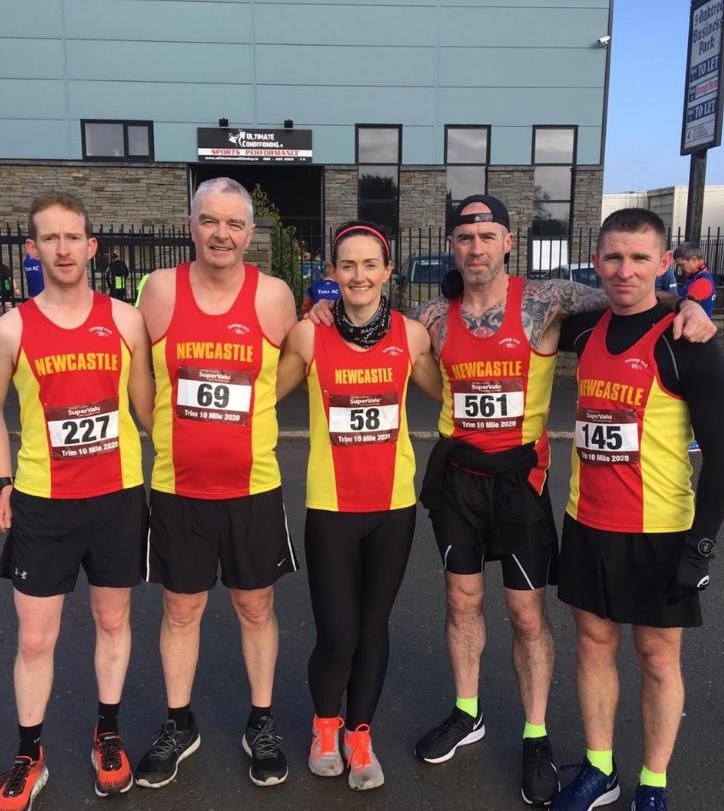