Club youngsters Patrick McNiff (20) and Zak Hanna (24) were members of the NI & Ulster U23 and Senior teams respectively for the race under the shadow of Stirling Castle in Scotland on the 2nd Saturday in January. Traditional ‘old school’ cross-country was served up with torrential rain, mud, mud and more mud underfoot and spartan changing conditions – a waterlogged tent and the opportunity to shower back at the hotel accommodation in the ‘spa’ where staff had clearly never seen muck like it and were quickly keen to see the back of the runners.

McNiff had an indifferent early cross-country season with an excellent first senior vest at the Bobby Rea International in November at the Billy Neill Playing Fields coming home in 11th place in bitter conditions of torrential cold rain and mud. However, he had a tough day at the office a fortnight later dropping out of the U23 National Cross-Country Championships in Abbotstown, Dublin. After another solid period of training he made the trip to Stirling knowing that he was ‘in the shape of his (young) life’ and he duly delivered.

Settling into the race after a fast start he ran strongly in the challenging conditions to come home in 15th pace overall and 4th U23 in 26:49 – only a minute behind Olympic 5000m finalist Scot Andy Butchart. He was first Irish man home ahead of Eoin Lennon in 21st place (27:03) and Conor Duffy in 22nd place (27:04). He also took the scalps of all the Irish U23 team including David McGlynn (34th in 27:33) who had raced in the Irish U23 team at the European Champs in Portugal in December. This was a massive breakthrough performance for McNiff who has promised this for some time now and is just reward for several years of consistent training.

As for Hanna, he had his breakthrough performances on the mountains between July and November where he finished a brilliant 6th overall in the Mountain Running World Cup and best ever finishes at both the European and World Mountain Racing Championships – the latter in Patagonia, Argentina, in November. So he came into the Stirling race only at the ‘rebuilding’ stage. Nonetheless in this race of depth he had a very solid run to come home 61st and 4th NI & Ulsterman home in 28:26. 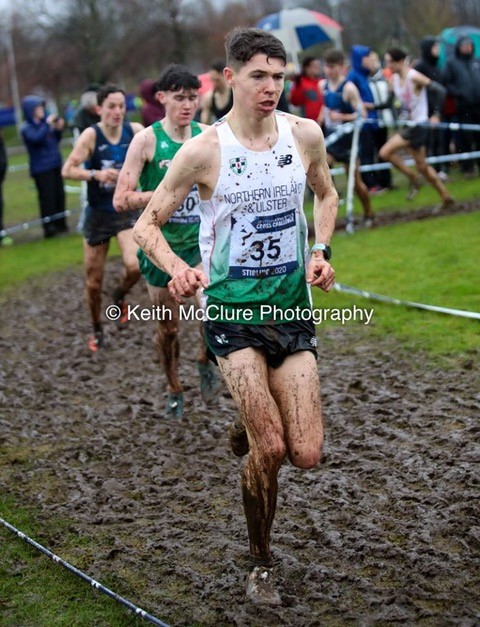 Yes it was muddy – McNiff in action in his breakthrough race 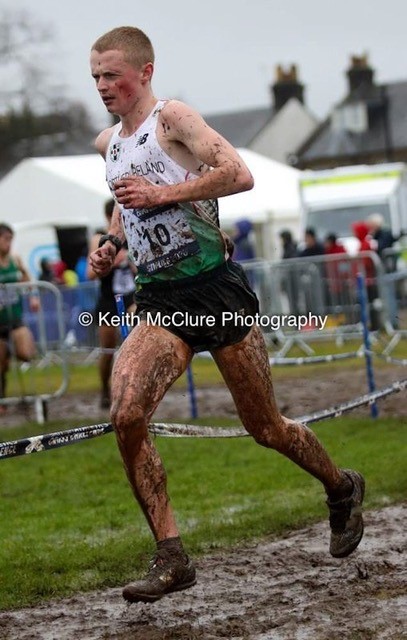 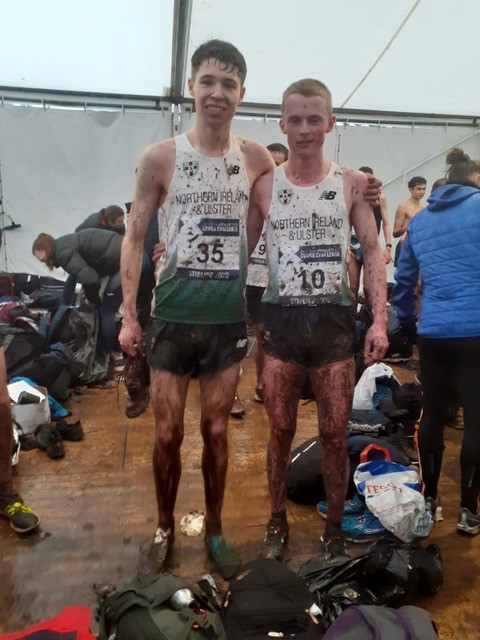 The Aftermath – McNiff & Hanna in the ’tent’