Skip to primary content
By The Sheep Farmer
As the Newcastle and District AC contingent left home to travel to the 2019 NI and Ulster Road Relay Championships Buddy Hollys ‘Maybe Baby’ played loud and clear across the airwaves. Hosted by Oranagegrove AC at Victoria Park, Belfast the relay championships are one of the most prestigious dates in the provincial road running calendar. All adult runners are expected to run a two mile leg each with female teams consisting of three members and male teams consisting of four.
Enroute the Newcastle Athletes competing were left wondering Maybe we can make the podiums? Maybe the club gazebo will be there to keep everyone dry? Maybe local hotelier and tourism enthusiast Jack O’Hare will supply us with soup and coffee?
For the running purists this event is a dream as races across different age groups and different genders run from early morning through to the final race at 3.45 in the afternoon (senior men’s). Given Northern Ireland was battered by the remainance of Hurricane Lorenzo in the latter stages of the week the organisers must have feared the worse; however runners were blessed with a fine, dry and at times surprisingly warm autumnal day.
Senior ladies just miss out on podium position
A strong ladies team of Aine Gosling, Mari Troeng and Joanne Mills took on the senior ladies race. Aine lead the team out with an imprssive first leg of 12.31 (6.15 min mile pace). Mari was up second and managed to run a remarkable 11.59 (5.59 min mile pace) despite running a sub 3 hour marathon in Berlin the Sunday before. Mari put the team into 3rd position going into the final leg and handed over to Joanne who ran 12.20 (6.10 min mile pace). Overall the ladies posted a fantastic time of 36.49 (6.08 min mile pace) for the 6miles to finish 4th out of the 30 teams competing. A congratulations must go to local club East Down AC who finished 1st place in 34.29.
Senior or Vetern Men?
With a combined age of 121 the Newcastle AC senior mens team quartet of Daniel Molloy, Rory McMullan, JP Gartland and Brian McVeigh put thier toes to the line to save the club embarrassment of not entering at least one male team at the event. Due to numerous reasons Newcastle AC were forced to combine two senior runners (-35) with two master runners (+35) rather than field a team in each race.
Having given up his regular long Sunday run in Tollymore Forest to compete the impressive Rory McMullan took on the first leg and he certainly give everything he got for the team. Rory posted the fastest time of the quartet running 10.48 (5.24 min mile pace) and leaving the team in 16th place going into the second leg.
Fresh from some warm weather training in the Canary Islands a last minute stand in for a sniffling Coach Higgins Brian McVeigh took over the baton from McMullan. McVeigh managed to pick off a few teams and put the Newcastle men into 13th position having run his leg in 11.24 (5.42 min mile pace). On seeing the results some experienced club members expressed opinion had McVeigh stayed away from a few more pepperoni pizzas when on holiday he could of got a sub 11min time for his leg. McVeigh has went on record to state that he only had pizza for 5 of his 11 holiday days and opted for local Canarian delicacies such as goat and rabbit in a bid to keep in shape.
Having put his Dublin marathon training on hold for the weekend to compete for the club Banbridge man JP Gartland took over from McVeigh and did not disappoint. Gartland cruised to a time of 10.58 (5.29 min mile pace). On the anchor leg Coach Higgins opted to go for youth over experience and put Daniel Molloy into bat. Molloy had just about got over his head cold picked up recently in the seaside resort of Bangor to compete and manage to clock the exact same time as Gartland i.e. 10.58 (5.29 min mile pace). Overall the lads posted a respectful time of 44.06 for the 8miles (5.30 min mile pace) to finish 11th out of the 30 competing teams.
Cheerleader Higgins
Both teams would like to thank Patrick Higgins who was their sole supporter for the day. Higgins offered fantastic support to each and every club runner with quotes such as “you have got to want it” and “this is what you train for” pushing each runner to their fast twitch limits in the closing stages of their legs. Both teams would also like to thank Murlough AC for allowing them some cover under their club gazebo as the day unfolded. The Newcastle AC gazebo hasn’t been seen in display this year and perhaps may make an appearance for the team cross county participation’s.
Anyone fancy cross county?
The club will soon be recruiting members for the annual Northern Ireland cross country events and following the disappointing club turn out at the road relays it would be good to see the club better represented and competing at the provincial cross country events, especially with team prizes up for grabs. Stand out dates for running diaries include the Comber Cup on Saturday 19 October 2019, McConnell Shield on 2nd November 2019 and the NI & Ulster Cross Country on 25 January 2020. All members should ensure to keep an eye on the club app for requests to participate. 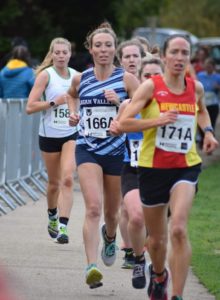 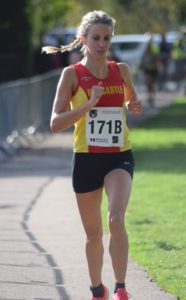 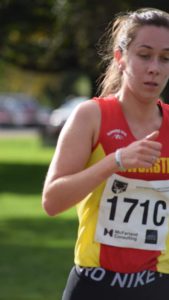 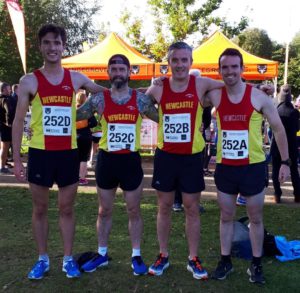