Newcastle and District AC members turned out in great numbers to participate in the annual Rathfriland 10k and 5k races. In total 13 members put their toes to the line with all taking part in the 10k apart from Niall Carson who took on the 5k challenge. Both races took the runners on a looped and hilly course out of Rathfriland towards Mayobridge and snaking through the many country roads of the townlands of Drumlough, Kiltarriff and Barnmeen.

As the Newcastle runners completed their warm up significant confusion loomed as messes Lynch and Troeng appeared in all black running gear rather than their traditional red and yellow colours of Newcastle. Local man Seamus Lynch later confirmed he was still mixing cement at 6pm and had to come straight from the building site to the starting line. Some Newcastle AC members found this hard to believe from Lynch as his Newcastle AC vest has apparently shrunk in the wash recently and Lynch was concerned given the new tight fit his belly button would be on show to his locals friends and family during the race. Troeng on the other hand was not giving away very much and after taking legal advice refused to comment to the Head Chef on the matter.

10k wins for Lynch and Troeng
Remarkably 12 of the top 14 places in the 10k race were claimed by Newcastle AC athletes. As so often is the case Seamus Lynch made it a gun to tape finish to take first place in a remarkable time of 33.20. Seamus crossed the finish tape just ahead of his youthful stable partner MacCaul who also recorded an impressive time and was under the watchful eye of Coach Friel.

The race for the first two places were never really in any doubt; however the race for third position proved to be an interesting contest. A chasing group of the Veteran McVeigh (fresh from his 3rd place Strangford 10k finish), Sean Russell and Patrick Higgins made the early move to try and stick with the lead two. This trio was closely followed by the other 7 Newcastle AC athletes. After around two miles a remarkable turn of events saw Coach Higgins turn and run in the opposite direction back towards Rathfriland to encourage the chasing Newcastle AC runners to make a move.

Buoyed on by the inspiring words of wisdom from Coach Higgins the younger McVeigh managed to make a move and he pulled up alongside his veteran brother and the remarkably comfortable Russell. As the race reached the 5mile marker it was Russell and surprisingly the younger McVeigh who managed to pull away from the veteran McVeigh and make the run for home.

In truth Russell held strong from start to finish to take third place and a deserved podium position in a time of 37.10. The big post-race talking point and one which brought much pleasure to the majority of locals (too many to mention) with an interest in running was that the younger McVeigh (4th overall in 37.38) managed to topple the veteran (5th overall in 37.52) for the first time in competitive racing. The veteran claimed he was saving himself for the Newcastle AC Thursday night Maghera loop tempo session and was left frustrated as the younger McVeigh did not clearly listen to his pre-race advice. Post race the veteran was seen eating pizza slices and talking about swallows rather than facing the real facts that his more youthful brother may now be out to make his mark having been snubbed last minute in last years Christmas Cracker race for the in form part time life guard Molloy.

Next in was the Burrenbridge Bachalor Frank Cunningham and the naked runner Patrick ‘coach’ Higgins. Frank managed to take a full minute of his time in the same race from 2018 as him and Higgins crossed the line together in 38.20. The ever impressive youthful Tom Crudgington took 8th position overall in a great time of 38.46 and just ahead of the experienced local hotelier Jack O’Hare who finished in 39.10. After the race local hotelier O’Hare claimed his lack of sleep the night before affected his performance slightly in this race as due to unforeseen circumstances the night before he was left roaming his hilly Donard Forest gardens long past mid-night ensuring Thistle the family pet rabbit made it into his hatch. Newcastle’s Miley Morgan finished 10th in 39.40 and Jonny Crutchley took 13th position in 40.11.

In the ladies category it was Mari who took first place and 11th overall in a time of 39.51 very closely followed by Sinead Murtagh who took the second ladies position and 14th overall.

Taking on the 5k Niall Carson won in style and made it an impressive treble for Newcastle AC at a great midweek event for the club.

Support crew
James King and The Prophet provided much needed support to the Newcastle AC runners at strategic locations around the course. King decided to sip extra shot lattes and take time away from helping with the second silage cut of the season at the family Burrenbridge farmstead to provide support at the start and end of the run which was welcomed by all. The Prophet decided to position himself between what he reckons was 5 different townlands at the races mile 5 marker just before the runners faced the gruesome uphill finish.

Going to press the times above are only provisional and based on the good faith of the individual runners watches and/or Strava, apart from that is Higgins who continues to push boundaries and refuses to use a watch.

Brown finds time to squeeze in a half
There was no keeping Newcastle AC member Aidan Brown off the roads at the weekend even though he was on a family holiday. Even though Mrs Brown was recovering from a nail in her foot Aidan managed to find time to compete in the Northern Ireland and Ulster Half Marathon Championships in Derry recording a fantastic time of 78.50 and finishing 23rd overall.

Mill Hill Mile
In the week ahead attention turns to the famous Mill Hill mile race to which a few questions need answered. Will McNeilly’s course record be challenged? Will Thistle the pet rabbit behave himself to allow O’Hare a decent nights sleep? Will Higgins and his Sunday crew be forced to herd cattle from the course during the race? Will the veteran McVeigh come out from under his rock to face the music and put his toe to the line to race? All will be answered in good time as the Mill Hill mile takes place on Tuesday 03rd September 2019 with the whistle going at 7pm.

Race Report by The Head Chef 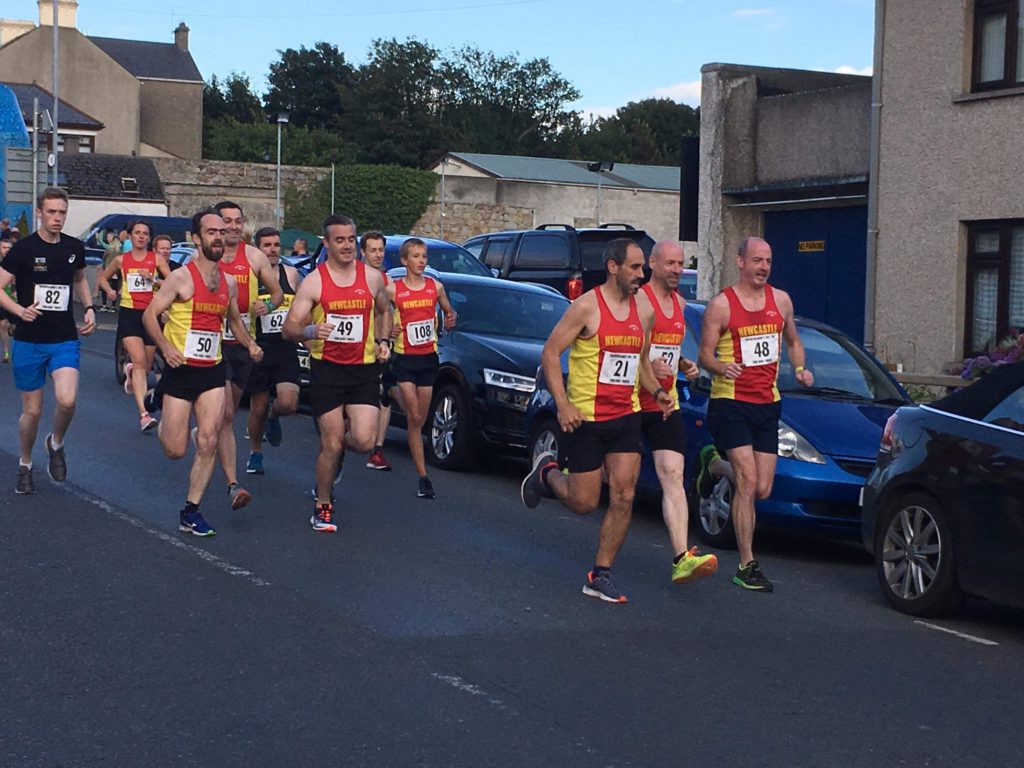 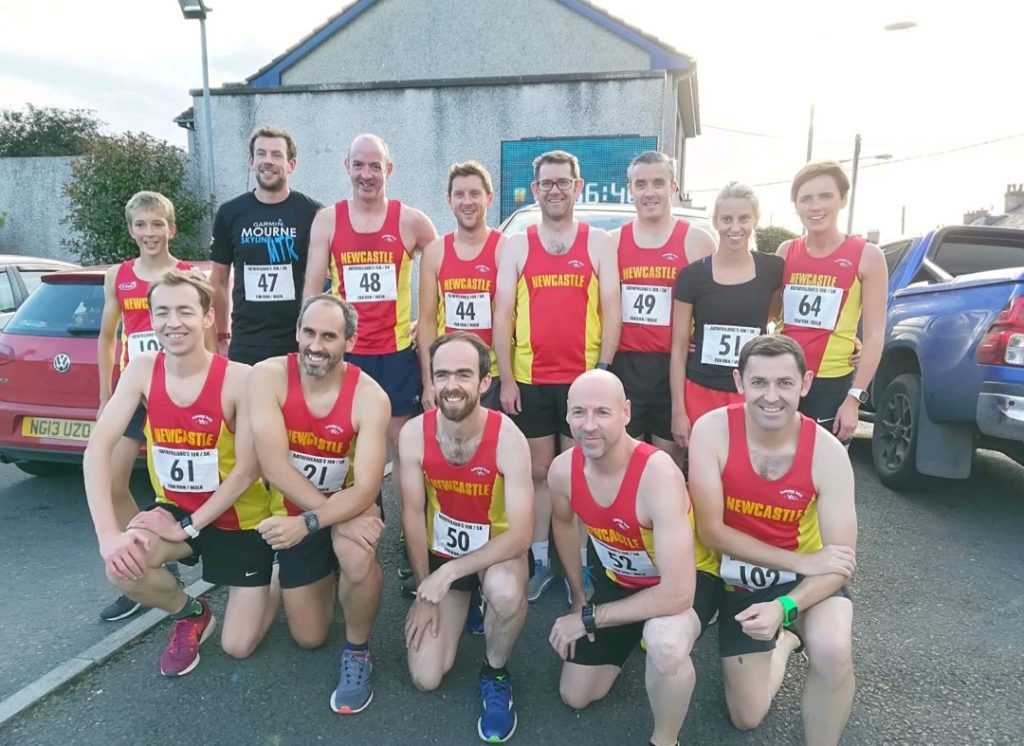 Aidan Brown at the Half Marathon Derry 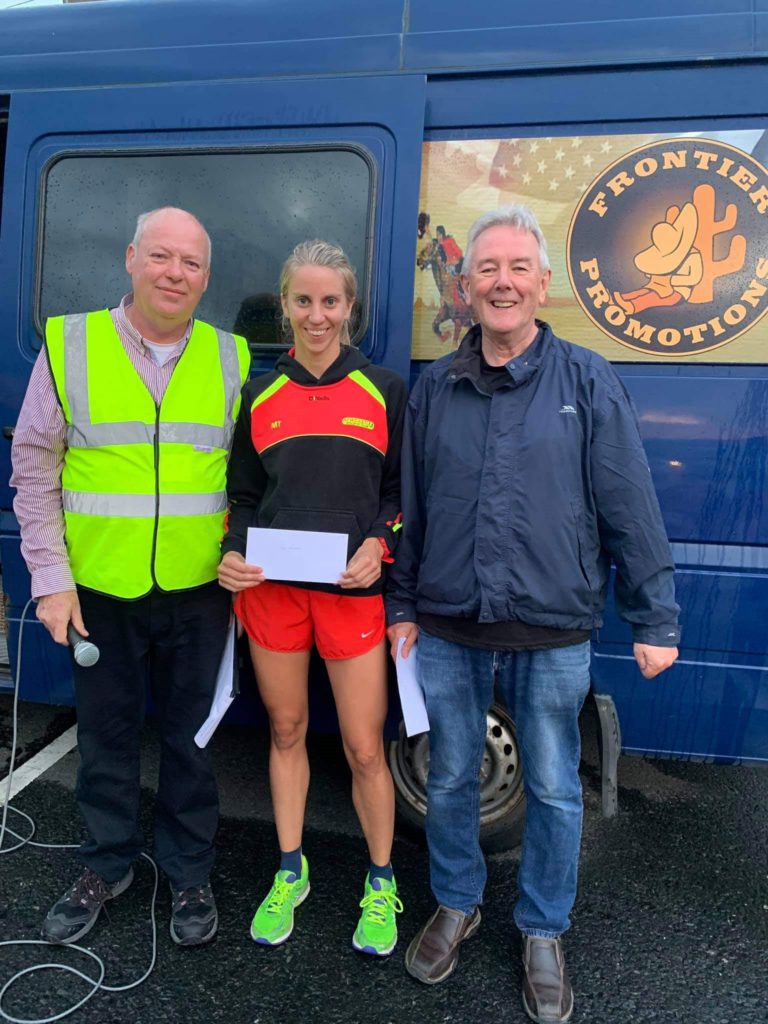 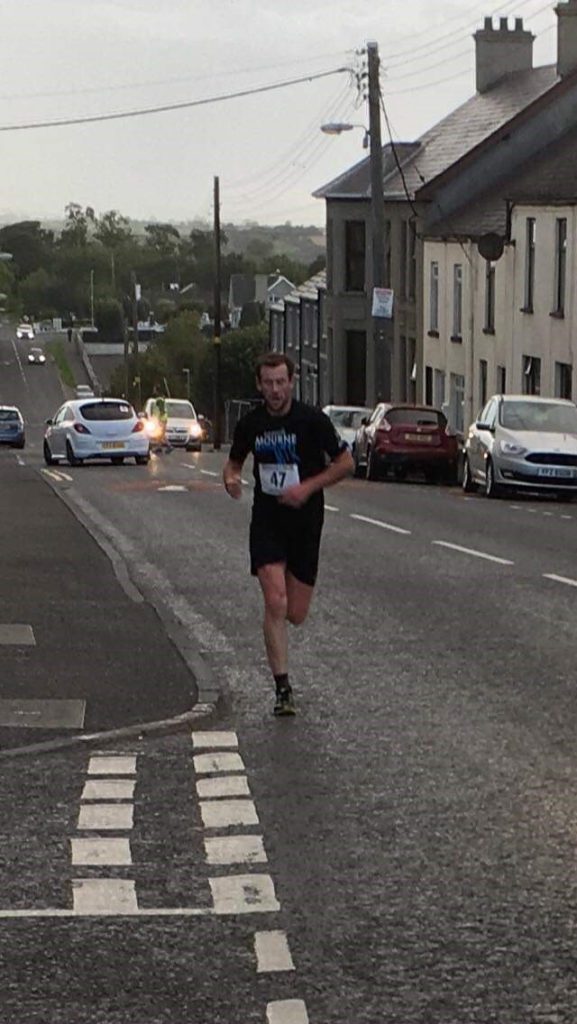 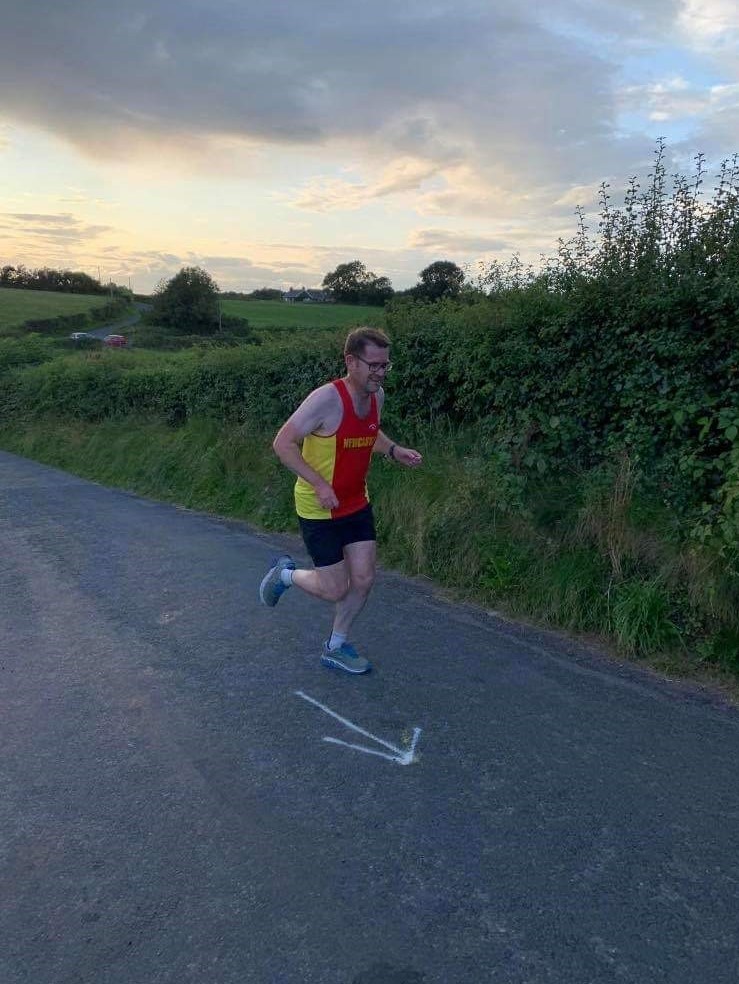 Niall Carson on his way to his 5k win