By The Head Chef

Nine Newcastle and District AC members put their toes to the line to support the now annual Slieve Croob 5k/10k challenge in the Dromara Hills on an overcast but humid Saturday morning.

With a big turnout for this great event, the course for both the 5k and 10k races is known by all participants to be a test of grit and determination as it involves hills, hills and more hills followed by a technical decent to the finish. Efficient as ever, Newcastle and District AC legend Frank Morgan ensured both the 5k and 10k races got away on time with his whistle going at exactly 10.01am.

Cunningham leads both races out
Fresh from his impressive run in the Crossgar 10k Frank Cunningham ensured the race got off to a fast start by setting the pace early on. By the time the race got to the first kilometre marker however the inevitable had happened with club legend and local Dromara man Zak Hanna hitting the front. From there on, Hanna was in control and showed his class to the foggy summit of Slieve Croob.

Newcastle first and second in the 5k
As the race reached the 2.5km marker, those doing the 5k made their turn for home with youngster Tom Crudgington hot on the heels of Brian McVeigh. On the decent Brian managed to just hold Crudgington off to take first place in 19.39 with Tom crossing the line in an impressive 19.59. Some would view a sub 20min 5k on this course to be a successful morning with Newcastle and District AC securing their first two pieces of silverware of the day.

Silverware galore for Newcastle in 10k
Zak Hanna made it his third 10k overall win in a row in this race crossing the line in an incredible 37.11. Local hotelier Jack O’Hare managed to navigate the mist around the ancient burial cairn, the transmitter stations and radio masts at the top of Slieve Croob to take third place overall and second male in 44 24. Jack was closely followed by Frank Cunningham who took the third male position in 45.47. Stephen Rice (15th male finisher) finished in 54.21 and Jerome Farrell (18th male finisher) finished in 56.48.

In the 10k female category Mari Troeng finished second female overall in 46.15 and was closely followed by Sinead Murtagh who was third female finisher in 47.16.

Overall a great mornings effort for Newcastle and District AC as seven of the possible twelve pieces of silverware were captured. 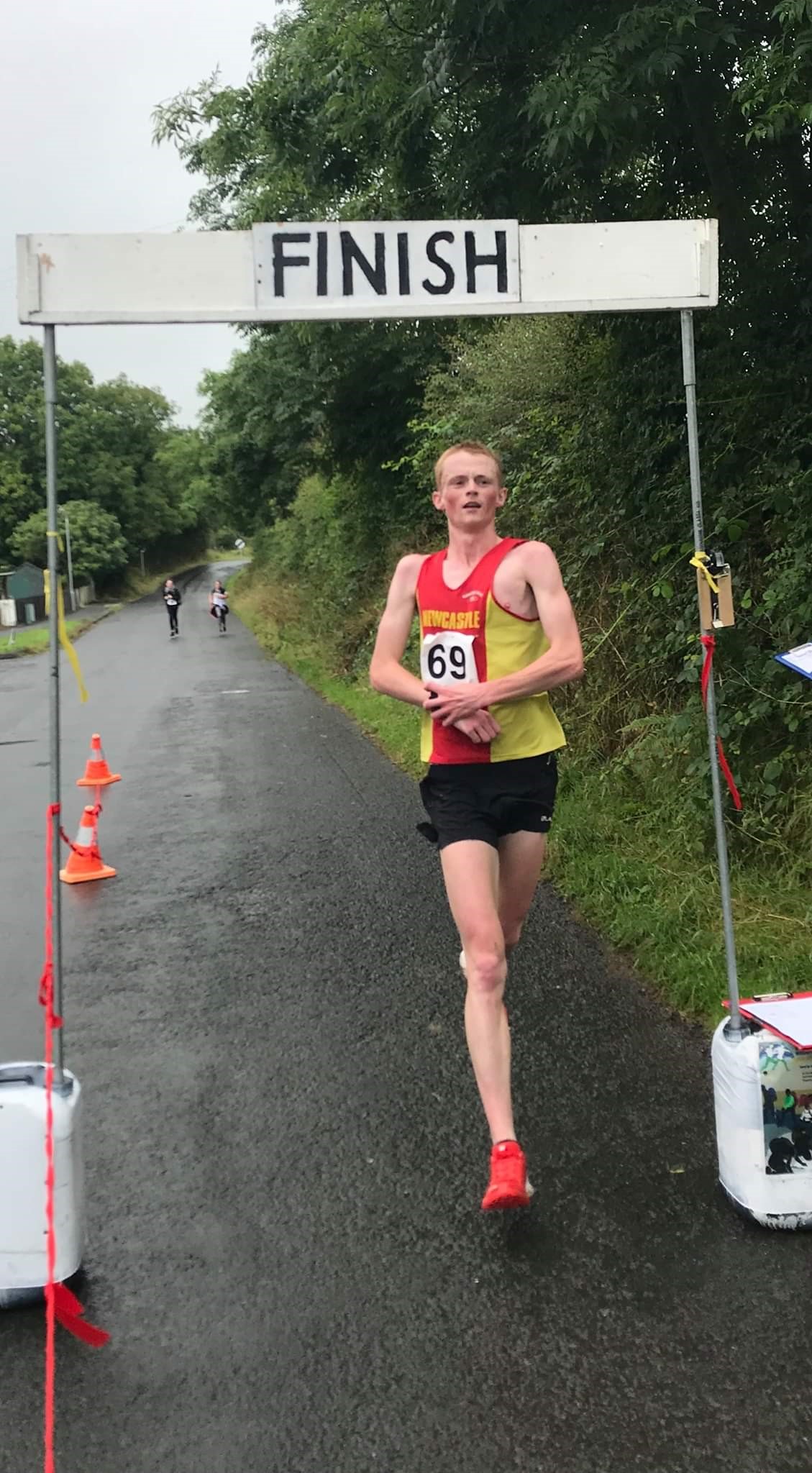 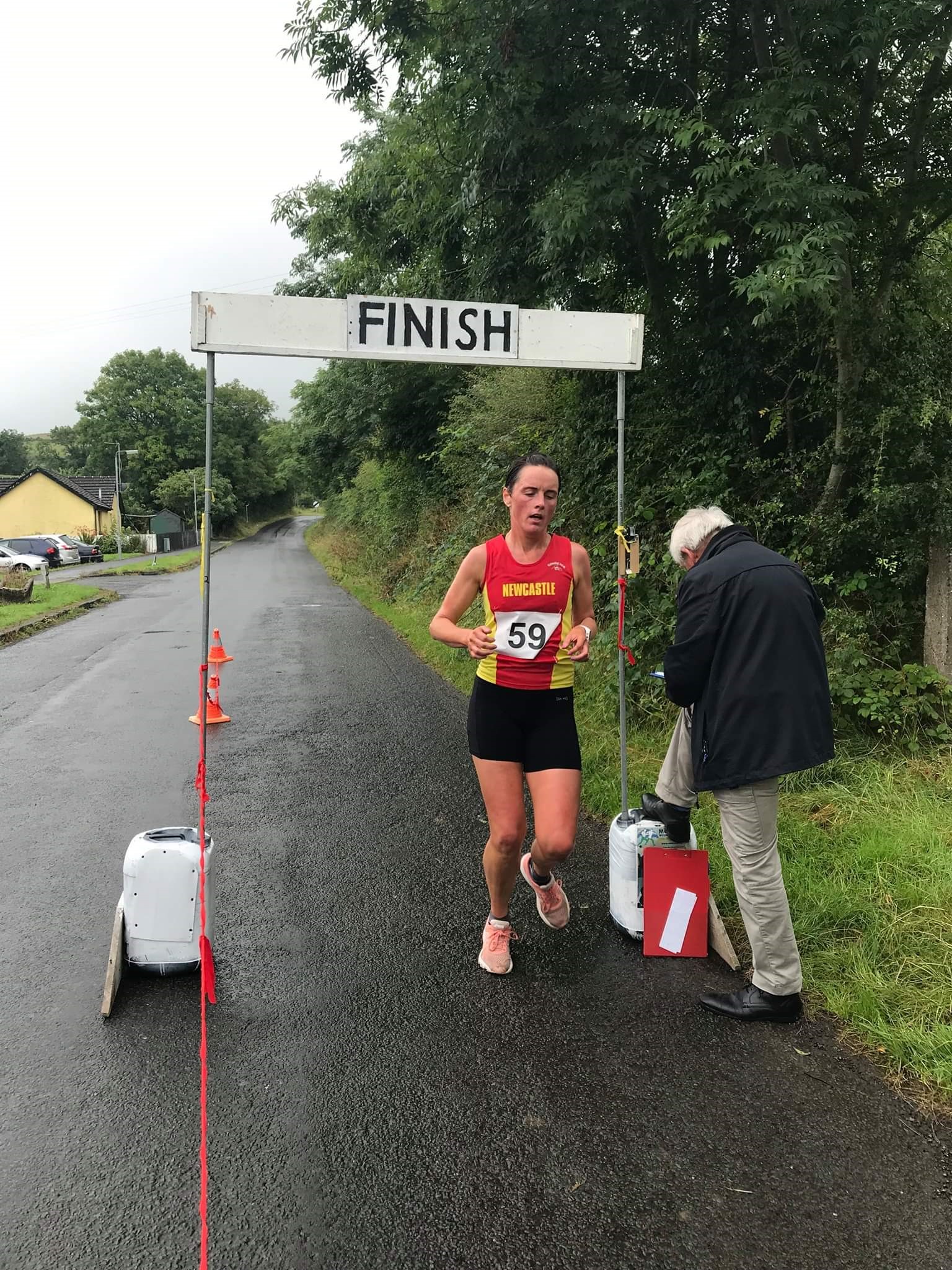 Sinead Murtagh at the finish line. 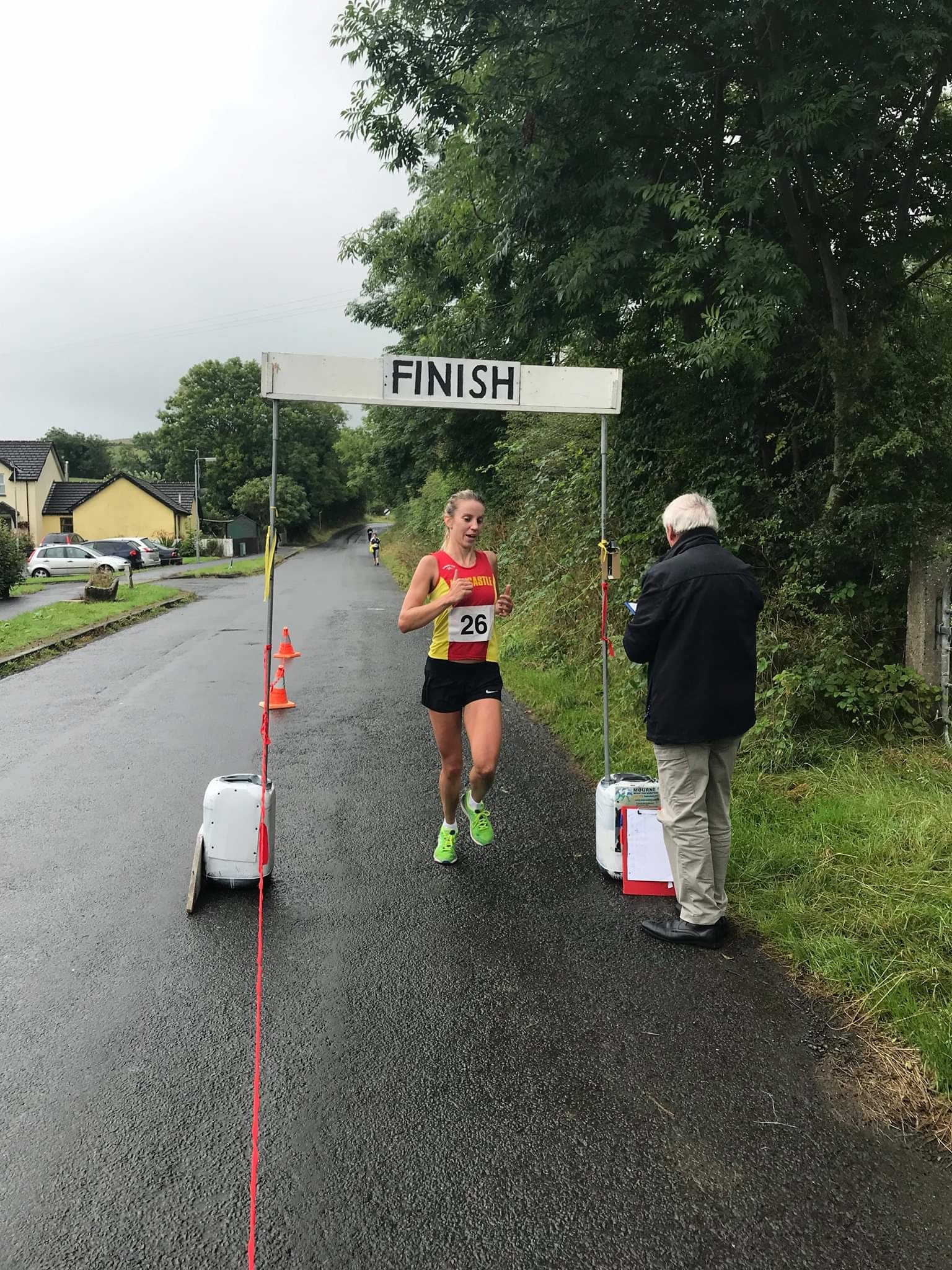 Mari at the finish line. 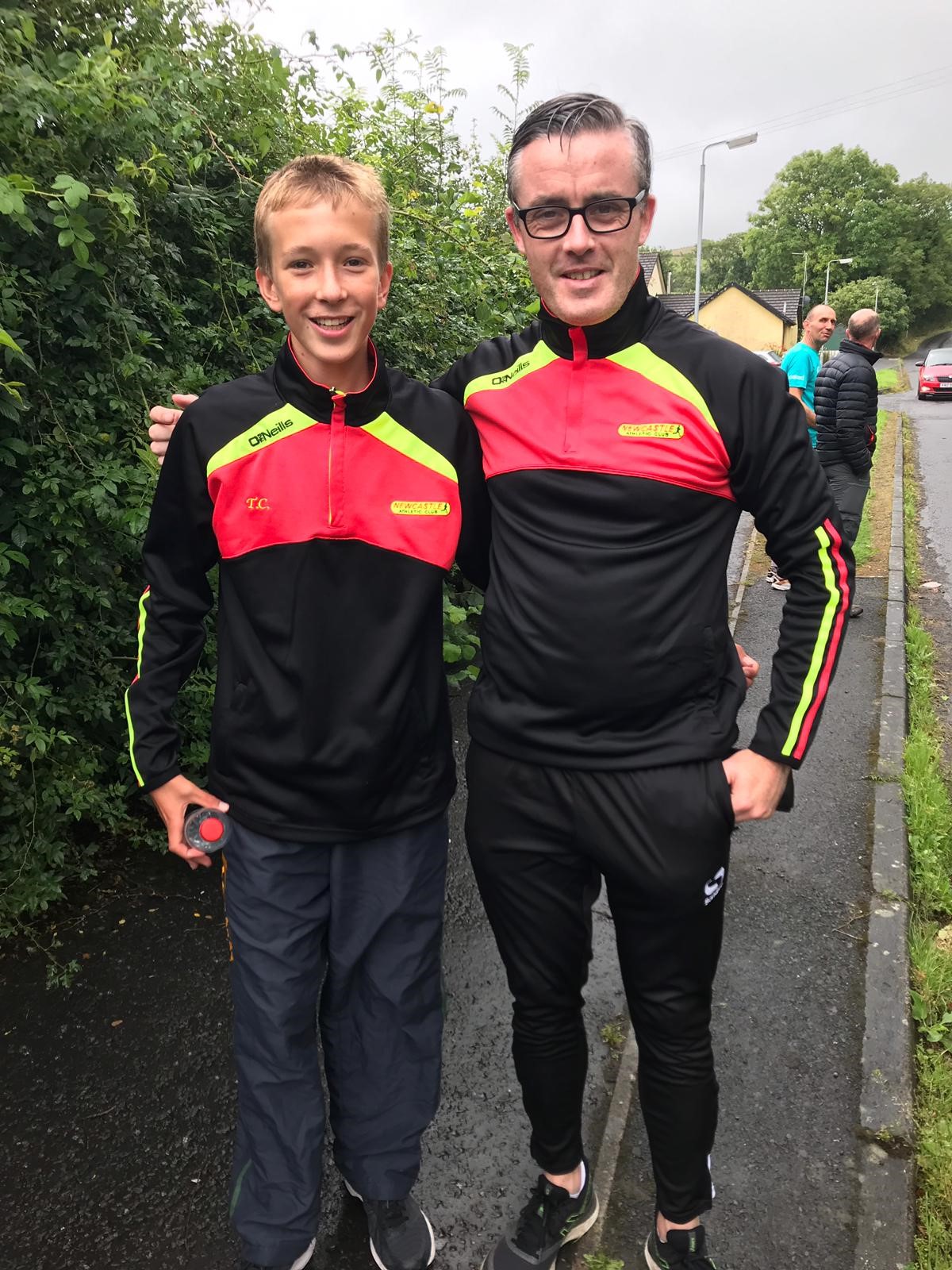 Tom Crudgington and Brian McVeigh after the 5k. 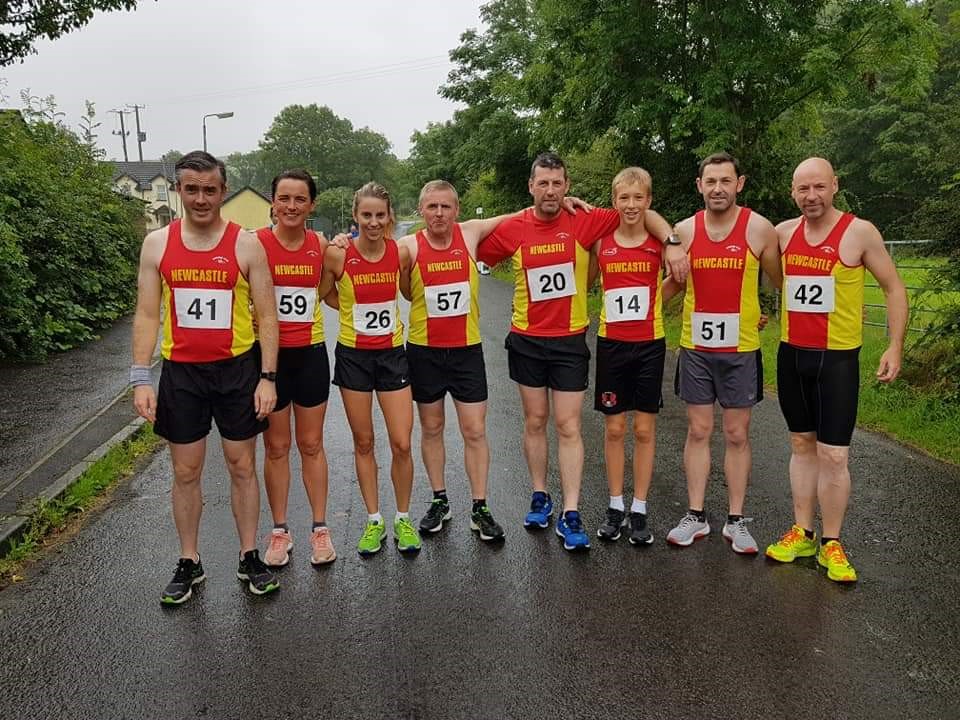 Newcastle AC members before the start.