Sunday 16th June saw the 40th Flagstaff to Carlingford fell race take place. The forecast was to be something similar to last year’s race, with fog and rain on the menu, but alas it wasn’t to be. As all 65 runners registered in Carlingford, the sun was out and Slieve Foy was visible for a change.

Starting not far from Davey’s bar, the race follows the ridge of the Cooley Mountains to Slieve Foy summit, taking in checkpoints on Anglesey mountain, Clermont, Blacks mountain and Carnavady, before crossing the road at the Long Woman’s grave. From here, the long climb to Slieve Foy begins before the tricky descent to the finish in Carlingford’s main street.

From start to finish, it was NAC’s Seamus Lynch, well rested from a holiday in America, led the way. Excellent visibility ensured he wasted no time in getting to Carlingford as he broke the tape in 1:40:37. Local club, Glenmore AC’s, Shane Lynch gave chase and finished 2nd in 1:45:24. Both Lynch men were quickly followed by Oisin Brennan from Springwell AC, who pushed hard passing a few more experienced runners in the latter stages and having an excellent descent from Slieve Foy summit, enough to see him to 3rd in 1:48:32 and 1st U21 also.

Next in for NAC was Pete Grant, sitting out Thursdays Hill & Dale race in preparation for Sunday and with no Hen to bother him he cruised home to 9th in 2:01:29 and 1st MV50 also. More at home in some of the longer races was NAC’s Gerry Kingston, finishing 31st in 2:14:08.

Prize giving took place at the Slieve Foy Centre where race director Brian Vallely handed out his usual spread of goodies as runners debated over what is the fastest way off Slieve Foy!

The next NIMRA race is the Spelga Skyline on June 29, note this week’s Hill & Dale is on Friday. 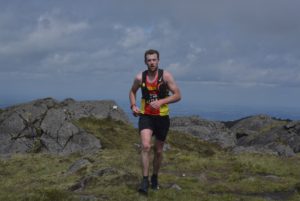 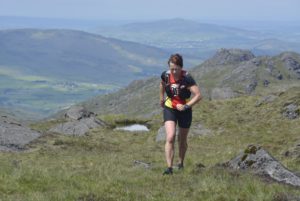 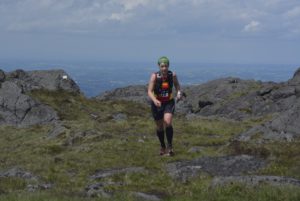 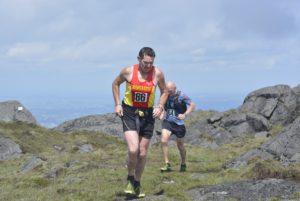