The Slieve Gullion Race is the unofficial start of the mountain running season for a lot of local mountain runners as it was the case on Saturday as 6 Newcastle AC athletes made their way to the   South Armagh countryside.  The race is 3.9mile including a climb of 340metres which incorporates steep grassy paths and the open mountain.

For some the race is a chance to gently get back into the swing of things after having a bit of down time over the winter while for others it is used as a guide to see “ where they are at” following a hard winters training block.

The race is often associated with lots of muck and poor underfoot conditions but following an exceptionally dry winter runners were hoping for some drier conditions.  Hopes of dry underfoot conditions were further raised when an experienced group of Newcastle AC mountain goats recced the course a week in advance and reported back that the mountain was indeed “bone dry”.

However anyone with experience in the mountains knows that conditions can change by the hour never mind the week and following a large downpour of rain on Friday which continued into Saturday morning the course was its usual mucky, wet and slippery self.  As the 60 odd runners huddled together for a short racing briefing in the driving rain and high winds they knew that this was going to be a tough start to the year.

When the race started Newcastle AC man Mark Stephens immediately set the pace being joined at the head of affairs by local man Paul McAnespie and a runner formerly of this parish but now with Mourne Runners Johnny Scott.  A little bit back Newcastle pair Gary McEvoy and Colm Murtagh were leading the chasing pack.  As the race developed Paul and Johnny were unable to keep up with the relentless pace being set by Mark and they duly dropped back a bit to be joined by Murtagh. 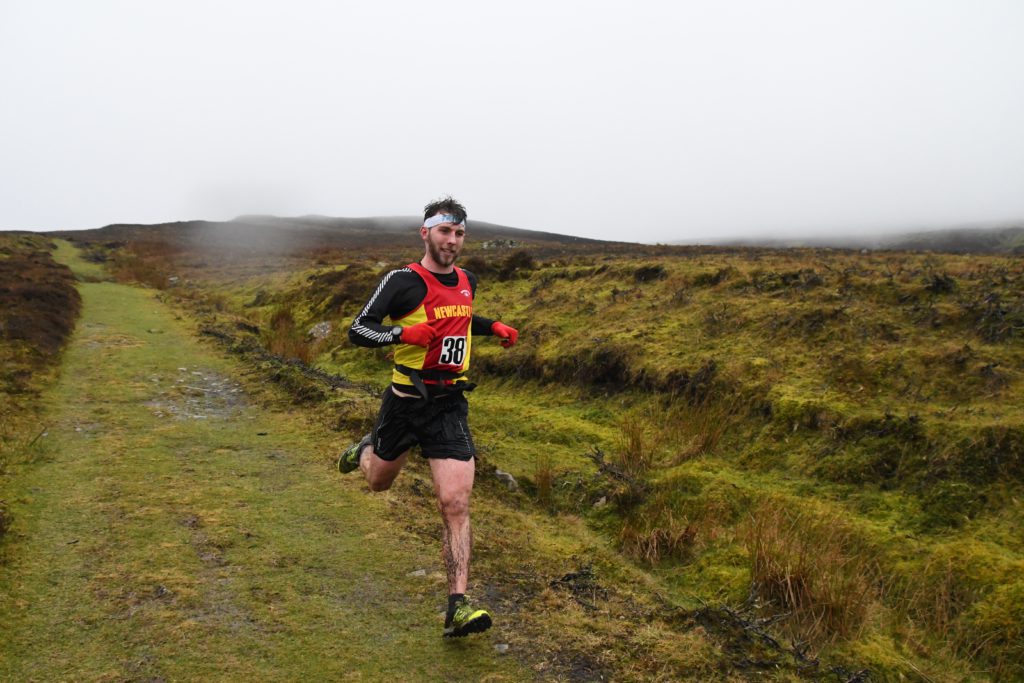 Mark reached the summit with a commanding lead over his rivals and set off down the mountain out in front.  He comfortably held onto his lead to cross the line in first place.  This was a very impressive performance by Mark given the poor weather conditions and in this sort of form he can hope to have a big year in the mountains.

The race for the minor places was a lot more competitive with Paul, Johnny and Murtagh swapping places several times on the decent before Johnny pushed ahead crossing the line in second with Murtagh completing the podium taking 3rd.

Next Newcastle AC athlete home was Pete Grant who finished 7th with Gary McEvoy coming home in 10th place which secured the team prize for the Newcastle men.

In the ladies race 2018 NIMRA & Hill & Dale Champion Esther Dickson continued her good form from last year setting the pace from the off and had opened up an unassailable lead on her rivals by the time they got to the top.   She also had a very strong decent to take 1st place and securing an impressive 6th place overall.    A little further back Newcastle AC ladies Catherine McIntosh and Linda Rogan both had strong runs with Catherine picking up the prize for 2nd Female V40.

As hard as it was running in Saturday’s weather conditions it must have been extremely difficult for the marshals, including Newcastle AC’s Paul Fegan who was located on the North Tor for the duration of the race.  Without their dedication there would be no racing so a big thanks to Armagh AC, Paul and all the other Marshals for their time on Saturday.

After the race everyone headed to the local community hall for lots of very welcome warm tea.  Next week is the start of the NIMRA championship, with the Glenariff Mountain Race first up.  Good luck to all those Newcastle AC athletes who will be making the long journey to take part and don’t forget to bring home your free bag of spuds. 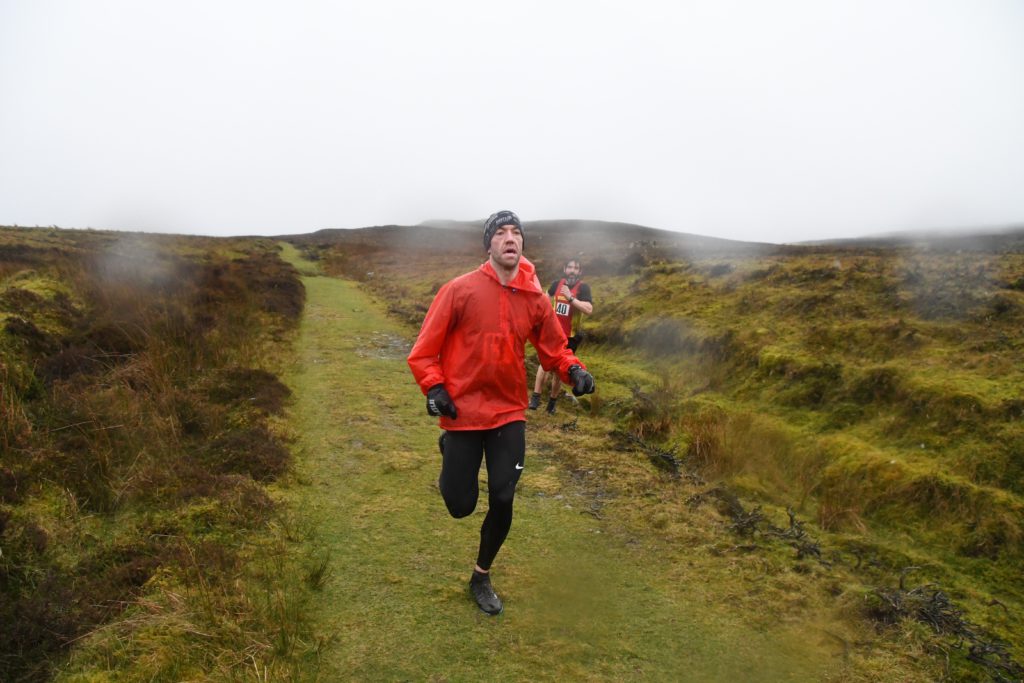