Zak Hanna, team captain David Hicks and Luke McMullan, earning his first Northern Ireland vest, where selected as part of a 5-strong men’s team along with a strong ladies team to compete in the championship race which was incorporated into the annual Lad’s Leap fell race.

After travelling over on Friday evening, the team settled into the accommodation before getting fuelled up for what was going to be a tough day for mountain racing, with the temperatures forecast to peak at 26 degrees in the midday sun.

Fast forward to race day and the sun was shining as the team made their way to the race HQ at Crowden campsite where the very best of British fell running would gather with county teams from England, Scotland and Wales joining the Northern Ireland runners on the start line.

The course itself was measured at 10.5km with 560 metres of climbing, and from the start line it was straight into a long, steep climb to the first mountain summit before a fast stretch of running before entering some technical up and down sections, crossing over some boggy terrain as well as over quite a number of stiles.  A long, fast descent followed taking the runners across to the far edge of the course before taking in a short loop to bring the runners back onto the hill that they had just descended, meaning that they had to make their way back to the finish via the same way they had came out.

After a long climb back out of the valley it was back onto the open mountain heading towards the finish, and a fast, steep grassy descent awaited the runners to take them across the line.

The men’s race started off fast as predicted, with Zak going off with the front runners onto the first climb with David and Luke not far back in the main pack.

Coming towards the race finish onto the final downhill off the mountain Zak had maintained his position near the front coming home in 23rd place in a time of 49:42 and first home for Northern Ireland, the Slieve Croob runner also claimed 5th in the U23 category.

David was 4th home for the team in 51:52 which saw him finish in 43rd place after a strong run throughout the race after he heard about the ice cream at the finish!

On his international debut Luke put in a superb run to finish 58th and 5th counter for Northern Ireland in 54:01, a gutsy run in what was a tough race to make your debut at!

Northern Ireland as a team finished in a solid 8th place in the team standings with Yorkshire claiming the top spot.

A great weekend’s racing for the Newcastle men and the rest of the Northern Ireland squad, with the Womens team making history as they won team bronze for the first time to round off a great day in the hills.

No rest for Zak and David as they are away again on international duty for Northern Ireland this weekend, this time to race in the Senior Home International Mountain Running Championships in the Cumbrian town of Sedbergh, and the very best of luck to them. 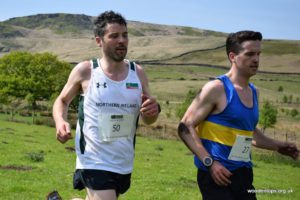 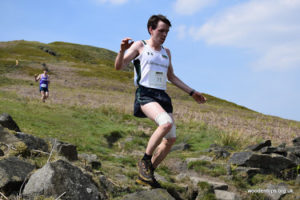 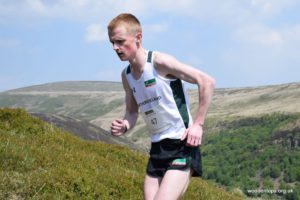