Misty conditions at the Start! Photo by Richard Cowan.

Saturday the 14th of April saw the first round of the British championship, The Mourne Highline take place in Newcastle. The race was organised by NIMRA and all the local clubs helped out with registration and marshalling etc. Race Director, Ricky Cowan did a fantastic job as usual, getting everything into place for one of the biggest Fell races of the year, right down to arranging for thick fog to give locals a home advantage.

Competitors were bussed from Donard Park to the start line at Spelga Dam, where visibility was down to 30 metres, so being competent with a map and compass or having recced the course was sure to be an advantage.

The race took runners up the first climb, Slievenamuck, before dropping down to cross the road at Ott car park, then onto the Ott track where careful navigating was needed to get you to the first checkpoint on the summit of Slieve Meelbeg. From here it was a matter of sticking closely to the Mourne Wall and following it to checkpoint 2 on top of Slieve Meelmore, followed by Slieve Bearnagh, Slievenaglogh, Slieve Corragh and finally Slieve Commedagh. From here, runners descended quickly on very wet and slippery terrain towards the last checkpoint on the edge of Donard forest at Slievenamaddy. Getting the right line off this was crucial and good navigators were well rewarded, the quickest times being under 10mins, while those who like to get value for money and stay on the mountain as long as possible took over an hour! With such a high class field of runners it was sure to be a good race. The winner was former British Junior Champion Joshua Jardine of Helm Hill in 1:35:02, he was also U23 winner so a pretty big achievement at such a young age. First local home was Allan Bogle of City of Derry AC in 1:41:07, 19th overall ,  followed closely by NAC duo Zak ‘Salomon’ Hanna in 21st place in 1:41:27 and David Hicks in 28th place in 1:42:11. Hanna got a great start sticking with a group of front runners, although towards the latter stages he started to tire and dropped a few places, but his continued improving stamina helped him to hold on to being the 2nd NI runner home. It’s great to see that his long runs are paying off. Hicks ran a fairly consistent race, climbing and descending well. He led a large group off Commedagh only to be passed by half of them on the final mile along the fire road. That will be the last time that local hospitality will be shown in the middle of a race! NAC had plenty of runners out, some newcomers showing bravery by taking on such a challenge was good to see. Times were 2:07:50 Stephen Graham, 2:12:23 Pete Grant, 2:17:07 Ryan McDonald followed closely by Declan McElroy who was ahead of McDonald for most of the race finishing in 2:17:22.

2:31:28 Ronan Barr, 2:57:00 Michael Flynn, who had very good splits but unfortunately had some difficulty finding the first checkpoint, 3:02:34 Tadgh McNamara.

In the ladies race it was former winner of this round Jasmin Paris of Carnethy who took the honours again in a time of 1:51:49 for 49th place overall. First local lady home was Lagan Valley AC’s Shileen O’Kane in 2:04:53. Two NAC ladies braved the conditions, finishing closely together were Bronagh McInerney in 2:41:30 and Catherine McIntosh in 2:46:10.

Full results and split times available on NI running web page.  Just a quick date for your diary, on Sunday April 29th there is a navigation course being held at Meelmore Lodge which may be of interest to some, details on NIMRA web page. 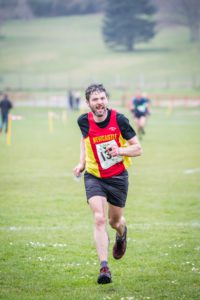 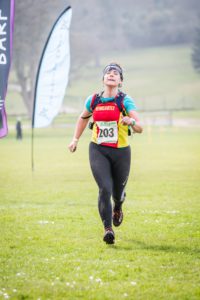